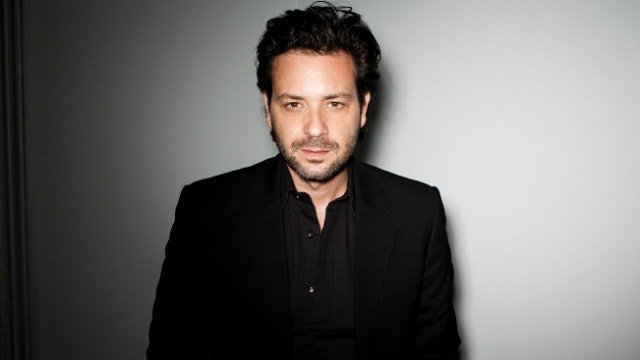 With a unique and intimate stage presence, Adam Cohen has once again proved that he is one of few artists who seemingly perform flawlessly every night, no matter the size of the crowd or venue.

Bringing the We Go Home tour to Scotland, Adam Cohen played a beautifully intimate set to a packed out crowd in Glasgow as part of the annual Celtic Connections tour.

Kicking off the night was a hauntingly captivating set from English folk/trad singer Sarah Hayes. Sarah has a vast amount of musical experience hidden up her sleeve, expertly translating it into confidence on the stage. Though her set was short, it is one that will be remembered by those in attendance.

Around the 8:30pm mark, Adam Cohen and his band of extremely talented musicians stepped out in front of the audience before floating into the dreamy ‘Too Real’. It was instantly clear we were being treated to the start of what was to be a flawless performance.

Filling his setlist with tunes such as ‘What Kind Of Woman’, ‘Sweet Dominique’ and his critically acclaimed single ‘We Go Home’, Adam Cohen held the audience’s attention in the palm of his hand for the entire night.

Cohen has the incredible ability to practically hold a conversation with audience members throughout his concerts, replying to nearly every single heckle thrown his way. Combining his calming voice and his hilarious wit, Adam is able to create a sense of unique intimacy with each of his live performances.

Returning to the stage for an encore following the main set, Cohen and the gang thanked the audience and played a few more tracks, including the popular ‘Song For Me And You’. After telling a short story about his time spent recording the latest album, the band launched into the final song of the night – ‘Uniform’. With a chorus that incites an infectious sing-a-long, this was likely the crowd’s favourite song of the night.

It goes without saying that everybody left the room with smiles on their faces. Adam Cohen has once again proved that he is one of few artists who seemingly perform flawlessly every night, no matter the size of the crowd or venue. With a backing band consisting of an incredible strings section, gorgeous backing vocals and the insanely talented Michael Chaves, the music is perfectly tight and sounds arguably even better than it does in the studio. As Adam storms through the UK, Europe and Australia over the next couple of months – you’d be a fool to miss out.