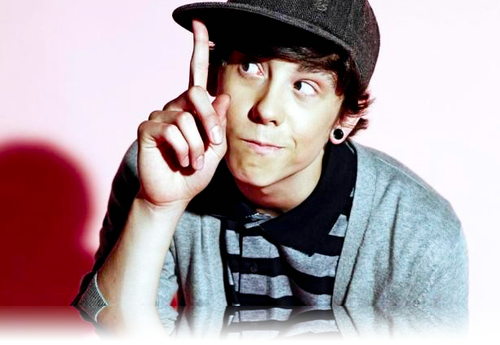 Singer and actor Chris Hardman, better known as Lil’ Chris has been pronounced dead at just 24.

Best known for his appearance in Channel 4’s ‘Rock School’, Chris went on to release two albums, a successful single which charted at No.3 (‘Checkin’ It Out’), and more recently appeared in the stage musical, Loserville.

The sudden death of Chris is not being treated as suspicious and although the cause has not been confirmed, it is suspected to be suicide following his battle with depression.

‘I hope to one day create a way out of depression that doesn’t mean taking your own life. The Cure.’
– Chris Hardman (Twitter, April 2014)

“Depression really sucks. Learning how to notice it can save lives and your own feelings at times. Take time to understand it, for everybody”

A full investigation is set to take place shortly. Since the news broke, messages from family, friends, and fans have been flowing on social media.

A good friend that Chris recorded a single with, Lloyd Wilkinson posted on Twitter earlier today: “I can not believe I’m doing this and I’m completely devastated. Rest in peace brother bear. Love you mate. Chris Hardman Aka Lil’ Chris.”

McBusted’s Harry Judd wrote: “Shocked and saddened to hear the news about Lil’ Chris. He supported us a while back and was a little star and an awesome guy.”

Following the news of Chris’ death, Deputy Chief Executive of The Samaritans, Fiona Malcom has said:

“We are saddened to hear of the death of Chris Hardman (aka Lil’ Chris) and our thoughts go out to his loved ones.

If anyone has been affected by this news, or is struggling to cope, we would like to let people know that Samaritans is here for them if they need to talk.

Samaritans is here round the clock, every single day of the year, to listen and offer confidential support when things are getting to you, by phone on 08457 90 90 90, email jo@samaritans.org or you can find the details of your local branch at www.samaritans.org.”

A star who’ll be sorely missed by many. Our most sincere thoughts go out to Chris’ friends and family. Rest In Peace. x