Launchbox: The Shakers “We want to write an album at sea, preferably in a submarine” 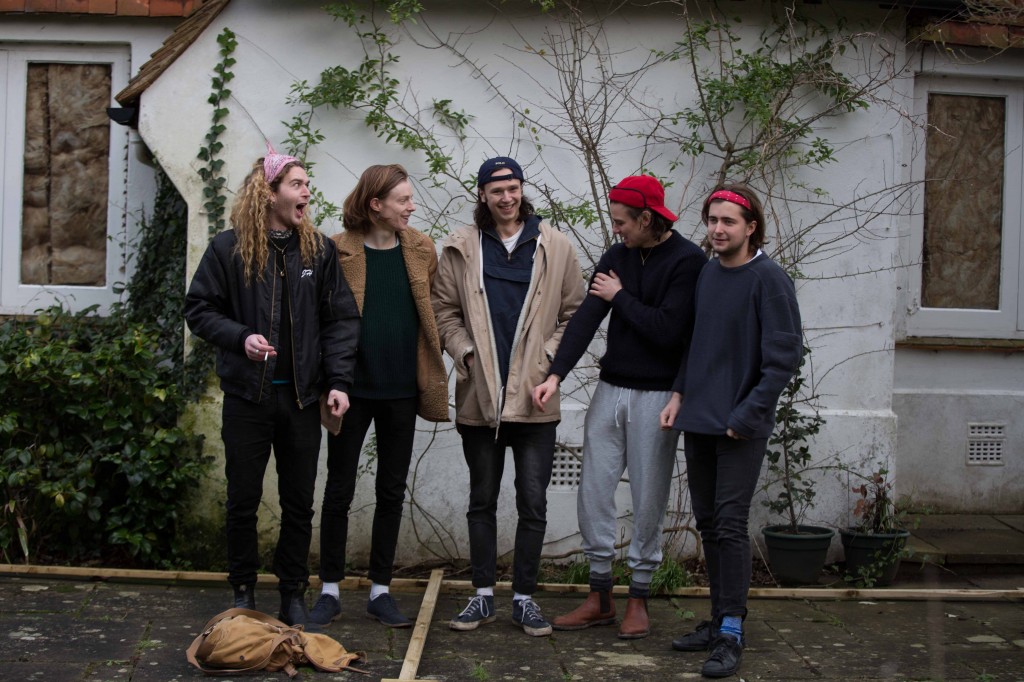 Indie pop is clawing it’s way back in to all of our hearts and minds and rightly so, the craftsmanship, personality and authenticity creates a product that you can’t help fall in love with. Enter The Shakers, the south London five piece whose indie sound that can have your grandmother dancing with the best of them.

Hey guys, How are you to day?
Hello Fortitude! We’re pretty good actually. I’m not sure if you knew but our debut single came out a few weeks ago so we are pretty excited!

So how did you guys meet?
We’re all just really old friends, Matt and George used to do karate lessons when they were 7, Charlie and Jack were at school together and Christian and Charlie are cousins! We all went to university together in Newcastle and started the band in our second year, rehearsing in our living room. Now Matt is a black belt and we all live together in a studio by the seaside, so things have progressed pretty quickly…

What would you say has been the main influence on your music?
We honestly never really thought about our influences as a group when we started playing together as it was mainly because it was just something we enjoyed doing. We also never really played any covers, we just wrote songs we enjoyed playing. For us as a group, the 60’s and 70’s are where we gather most of our influences.

Who would you like to be compared to?
We are all really big fans of Mac Demarco. His way of writing songs and the fact he never seems to take himself too seriously is something we really responded to when we started writing our own songs. But also his live shows have so much energy. He’s so enthusiastic and gets such amazing reactions from his crowds, which is something we definitely would like to be compared to.

Can you tell us about your musical influences?
We’ve been writing music together for a few years now and have a really eclectic mix of sounds and styles’ meaning our list of influences is a long one. With the EP in mind we took a lot inspiration from artists like The Virgins, The Strokes and Mac DeMarco. It’s the first thing we’ve released so we think it’s a nice cheeky way of saying hello.

Where are you guys looking to be this time in five years?
We want to write an album at sea, preferably in a submarine but that’s not necessarily a dealbreaker.

Any bands you guys have been playing with you think we should check out?
Yes actually, we’re really tight with a couple of bands playing at the moment. ISLAND, Otzeki and Westerman. All those guys are killing it right now, real nice fellas too.

Any upcoming events our readers can catch you playing?
We’re going to be playing a big EP Launch party at The Lexington on Friday 8th April, it’s going to be a pretty fun night.

George and Matt do a podcast about Nicolas Cage once a week, it’s pretty weird. But if you like Nic Cage then theres really not much better… Oh! and we’re going to be playing a live session on Soho radio on the 18th of March which should be cool.

Listen to AND Download ‘Kiss Tracks’ by The Shakers!