Launchbox: Native People – “To be seen, as perhaps a dancer version of Shura would be unreal!” 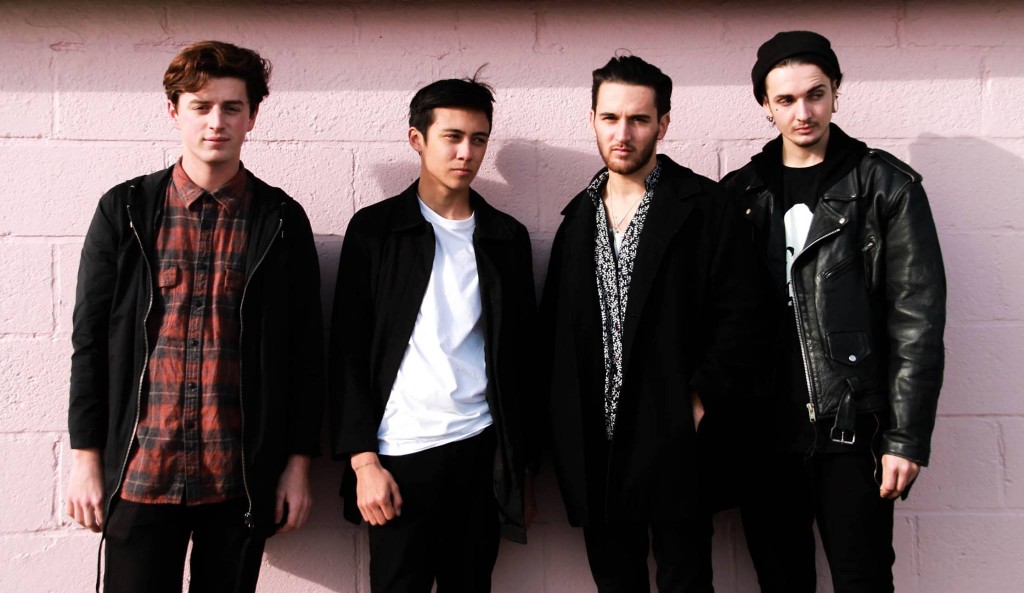 Indie-pop is hitting the UK back something fierce in the last 3-5 years. As the One Direction / Youtube generation grow and mature, the popularity of bands such as the 1975 and Youth Club are giving room to bands that make you want to get up and dance. We sat down with Folkstone’s own Native People who are the new kids on the block creating tracks making you ache for the summer.

Hey! How are you guys today?

We’re really good thanks, how about yourselves?! Oh and thanks so much
for taking an interest in us!

How did you guys get into music?

I’m pretty sure all of our ‘musical journeys’ begun separately at
an early age and our parents were all definitely a big part of that. I
think I speak for all of us when I say that it wasn’t until late
primary school/ early secondary school that the idea of actually picking
up an instrument came to mind. Music is such a massive part of secondary
school for everyone as people start to form social groups or develop a
real sense of individuality because of it. For us it was no different;
this is where we all started to really thrive at something, as well as
developing a real passion for music for the first time. This is when we
all came to the realisation that music was something we wanted to take
very seriously in our lives. This “discovery” only continued to grow
stronger until we formed the band in our late teens and we’ve never
really looked back.

What has been the main influence on your music so far?

I definitely think the music our parents listened to when we was young
has had a huge influence on our creativity. For Reuben and Hud that
meant a lot of heavy metal and for myself (Luke) and Connor lots and
lots of pop haha! Dance music has also had a massive impact on us all
since a young age and has probably been the biggest influence on what
we’ve been writing as a band.

As I mentioned before we all have a real love for dance music, as well
as the rawness of a live band, thus we’re massive fans of musicians
who are able to blend the two together. This is something we hope to
achieve ourselves and an aspect of our music we want others to
recognise. A current artist who is doing exactly that right now is
Shura, so to be seen, as perhaps a dancer version of her would be
unreal!

Share with the Fortitude readers your greatest achievements so far?

I think our biggest achievement to date has got to be the support we
have received from Abbie McCarthy and the BBC Introducing team.
Countless plays on her weekly radio show on BBC Radio Kent and an
opportunity to perform live their 7th Birthday party has been such an
honour and something we are very proud of. As well not far behind that
playing two sold out shows for CLUB NME at Koko in Camden has been
something I never thought would happen. we’re immensely proud of this
and it’s such a surreal experience we will never forget! Being in a
band has enabled us to meet a lot of really great people and play in
some incredible places, so I definitely think that has to be included in
our major achievements to date!

Where are you looking to be in five years time as a band?

For us the dream is to make writing and performing music our jobs, so
that has definitely has got to be the main aim over the next 5 years! As
well, I think secretly we would love to have performed at or be
performing at London’s Brixton Academy (the ultimate dream) haha!

Are there any bands you’ve been playing with you think we should check out?

Us bands in Kent have a lot love for each other right now and are a bit
like one big family haha So with that said, you should definitely be
checking out Get Inuit, SKIES, Dead Ceremony and BB Diamond. Outside the
Garden of England you’ve definitely got to have a listen to Clean Cut
Kid and Fickle Friends (if you haven’t already)!

We’re sworn to secrecy at the moment, so our lips are sealed! However
make sure you check our social media pages at the beginning of February
because we may or may not have a tour coming up in March! If that tour,
that I’m neither confirming nor denying, does happen you should
definitely come to a show!

Other than our new track ‘Don’t Save Me’ and the tour in March,
we’d love it if everyone could make sure they’re following us on our
social media pages (Facebook, Twitter, Instagram, etc..)! We’ve got a
much bigger release planned for later in the year and we’d hate for
anyone to miss it!