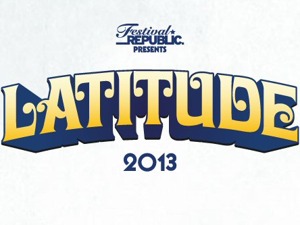 More than just a music festival, also bringing you the best in comedy, theatre and much more, Suffolk’s Latitude Festival has today announced more music, comedy and literature & arts acts for 2013.

Newly announced music acts are fronted by chart topping Rudimental who will bring their big hits to Latitude. Other artists include Grizzly Bear, Richard Thompson Electric Trio, Stornoway, Tim Burgess, John Grant and Duane Eddy who join a great line-up that will be headlined by Bloc Party, Kraftwerk and Foals.

Latitude Festival takes place in Henham Park, Suffolk on 18-21 July 2013. Tickets are on sale now and are available from www.latitudefestival.com