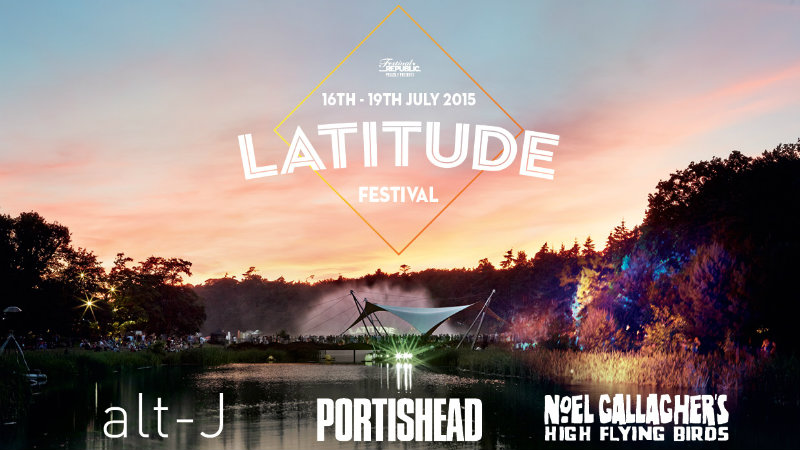 It’s been ten years since Latitude Festival was brought to life, and we haven’t looked back since. In celebrating its tenth birthday, the wholesome seaside town of Southwold threw one hell of a party, featuring the likes of headliners Alt-J, Noel Gallagher’s High Flying Birds and Portishead. Here, Fortitude takes a look at the highlights of the Festival.

All three headliners played sets worthy of fronting any festival, let alone Suffolk’s own baby Glastonbury. Alt-J provided a dazzling show of off-rhythms, tangled synthesisers and a drone of guitar laden tracks. Mixing their two albums together perfectly in the set, Thom, Joe and Gus have come a long way since playing the Lake Stage in 2012. As for Portishead, there’s not much else to say other than wow. Just wow. Both politically cutting (look away now, David Cameron) and mellow, Portishead were joined by Radiohead’s Thom Yorke in a standout set on the Obelisk stage, featuring classic tracks like ‘Roads’ and ‘Sour Times’ from the seminal 1994 record Dummy.

Finishing the festival off in typical charismatic fashion, Noel Gallagher and his exceptionally dapper High Flying Birds burst out a spectrum of tracks to an excited crowd that had already been suitably warmed up by Warpaint and the Manic Street Preachers. Ending with a mass singalong to Oasis classic ‘Don’t Look Back In Anger’, Latitude blew the candles out on its birthday cake. Mocking the often discussed middle-class demographic of the Festival, Gallagher comically noted “this is like a Guardian readers’ rally”. Backed by a more than accomplished band, Gallagher made himself comfortable on stage, and topped off a stellar weekend.

Even more so than the three headliners, no band got more chins wagging than Scottish electro outfit Django Django. After receiving a chorus of boos for accidentally and hilariously exclaiming “hello Glastonbury” to a bemused crowd, the four piece played a mind boggling excellent set in the BBC Radio 6 tent. Future headliners? Edith Bowman and Shrewologists Claire Roberts and Emily Smith seem to think so. Once again, the tightly hidden away diamond in the rough that is the iArena brought a plethora of artists of all genres to the Festival. From the gloomy depths of Glasgow’s self proclaimed “miserable bastards” The Twilight Sad, who played an emotionally charged and visceral set full of beautifully stitched together melodies, to Australian band of seven King Gizzard And The Lizard Wizard (what a name, by the way) who blasted out an energetic trip of psych-rock anthems, the iArena brought a lightning bolt of alternative energy to the Festival.

The list of those who impressed over the weekend is nearly endless: from the slick and soulful jives of Unknown Mortal Orchestra and the rocky undertones of Wolf Alice, to the gentle harmonies of Jose Gonzalez and the hard-hitting riffs of grunge duo Drenge, this year’s Latitude line-up lived up to the hype. As Fortitude’s Founding Partner Tom Satchwell put it:

“Latitude was a triumph – the atmosphere, line-up and setting in a little Suffolk forest made it a beautiful place to be… highlights for me were Jack Garratt at the iArena as well as the cool class of Leon Bridges. Savages were also spectacular, their presence just took up the entire tent”.

Now, there couldn’t have been birthday celebrations at Henham Park this year without a couple of surprises. Strolling from down the road came a local singer-songwriter by the name of Ed Sheeran (you may have heard of him), who played a secret set at the iArena on Friday night, and another little set on the Saturday night hidden away in the Other Voices stage. Stringing out hits like ‘The A-Team’ and ‘Thinking Out Loud’, Sheeran also found time to cover the likes of Stevie Wonder and Elvis Presley. And it was more of the same on Saturday night. Following his surprise cameo appearance with Portishead, Thom Yorke played to another 1000 people in the iArena. Although his set was fraught with technical difficulties, he performed with his usual weird grace. The only sour note caused by the secret sets was that each set was capped at 1000 people. For a Festival that holds a capacity of around 35,000 people, there were a lot of disappointed faces.

Although Latitude Festival had celebrated its decade of existence in sublime fashion, there were a couple of artists that failed to live up to the standards set by other artists. Reckless folksters Sun Kil Moon played a hot and tuneless set in the BBC Radio 6 tent, as a visibly disgruntled Mark Kozelek declared “I’m fuckin’ sweatin’ to death”. Still, at least fans got to see Thurston Moore make a surprise appearance on guitar. Likewise, the delicate sound of Laura Marling felt all too small on the Obelisk stage, in what was a surprisingly lacklustre set from the songstress. And whilst their catchy indie tunes caught the attention of the audience, London’s Gengahr gave a nervous performance in the iArena, and seemed reluctant to want to fill the stage and make it their own.

After another Latitude weekend to remember, Monday morning saw 35,000 very hungover faces streaming out of the Festival gates. It was a blast, Latitude. See you next year.