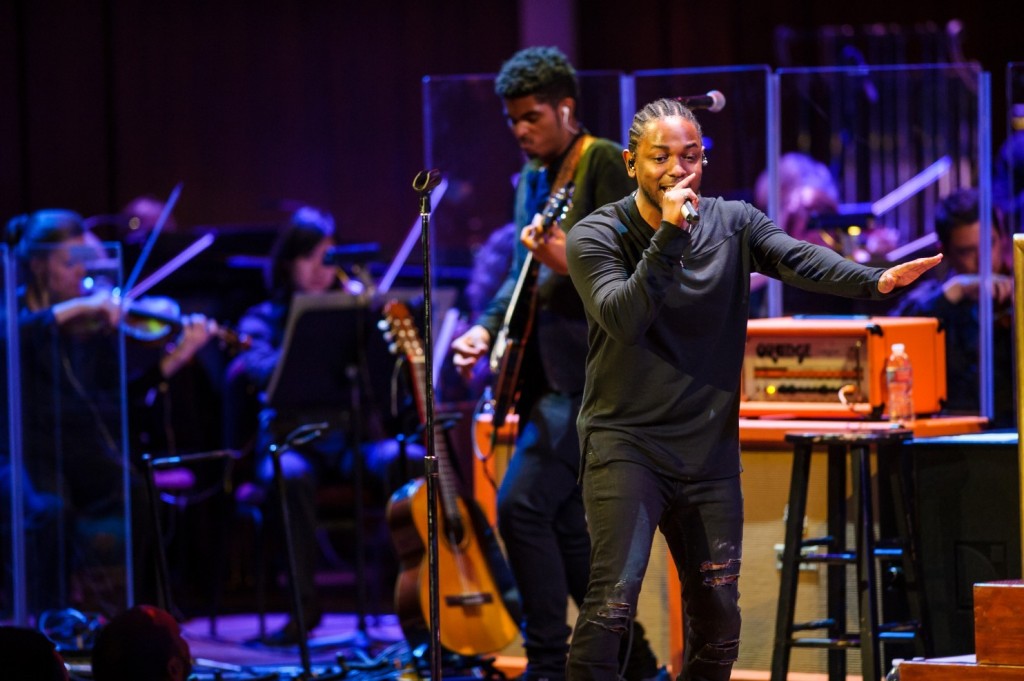 The rapper performed songs from his critically acclaimed album To Pimp A Butterfly.

The other night (20th October) Kendrick Lamar performed tracks off of To Pimp Butterfly with the National Symphony Orchestra. Playing a very, very special one-of gig at Kennedy Center in Washington, D.C., Lamar played tracks like ‘These Walls,’ ‘Alright,’ and ‘i.’

You can watch footage of his performance of ‘These Walls’ and fan-cam footage of ‘King Kunta’ below, courtesy of Pitchfork Media. Yes, we well and truly want the funk.