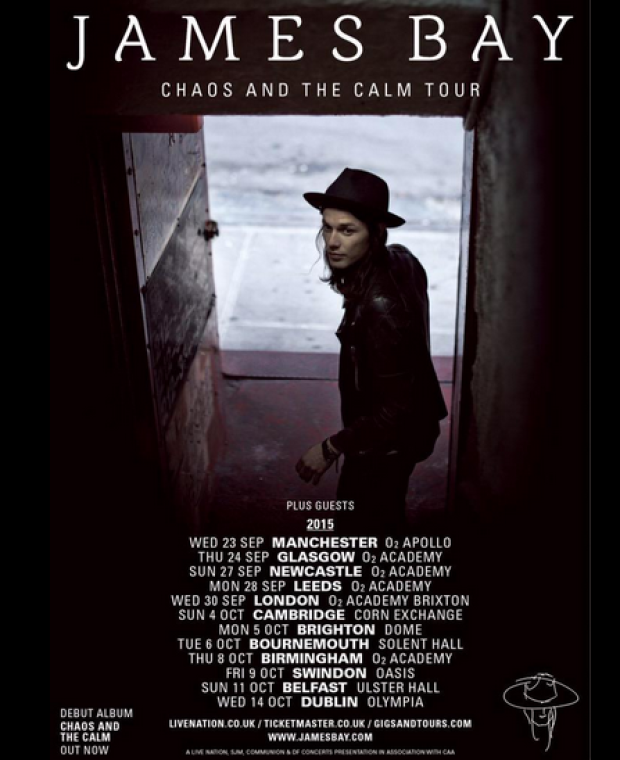 To celebrate the release of his chart topping debut album ‘Chaos and the Calm’, James Bay has announced a UK and Ireland tour for later this year.

Set to head out on a 12 date string of headline shows, including London’s iconic Brixton Academy, Bay looks to follow up on the success and response to his previous sold out April tour.

Released just last week, ‘Chaos and the Calm’ has been racking up positive responses and incredible support, praising it as one of the most promising debut albums to drop in quite some time. A perfected balance of upbeat, euphoric tracks set to light up the live stage, and mellowed, soothing numbers, the album is a work of art.

James’ tour kicks off in Manchester’s O2 Apollo, and finishes up in Dublin’s Olympia Theatre.