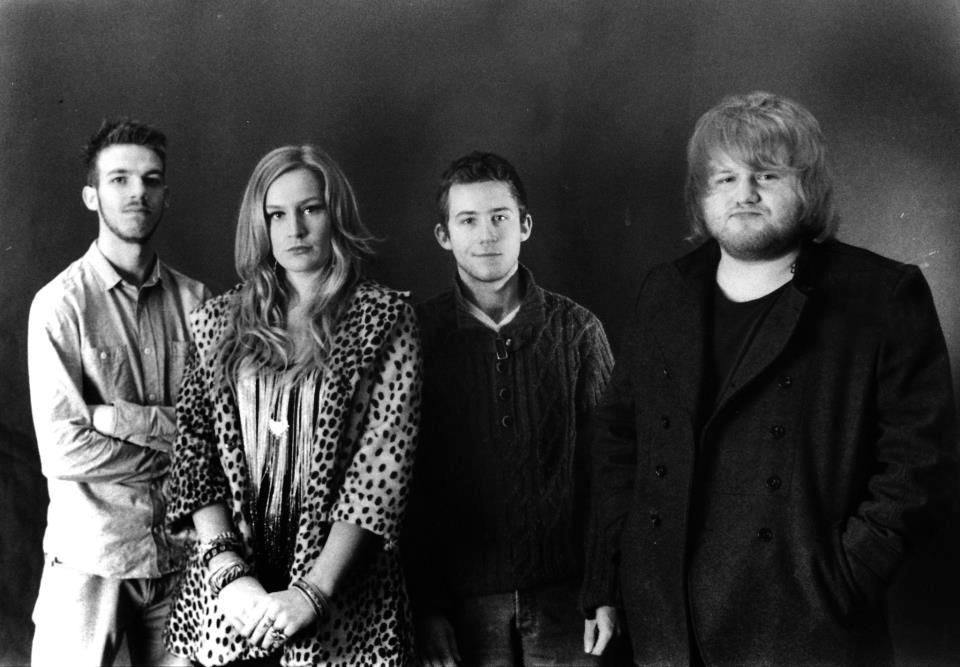 When asked where their based, Wildfowl had a light hearted argument choosing between Kent and Medway, in the end they chose Medway because “Nothing good comes out of Medway, it needs our help!” Sean.

Wildfowl are influenced by Jack White, Miles Kane, Ben Howard and Band of Skulls to name a few but they do have claim to a scuzzy/ sharp sound to call their own. The vocals work well together, Rory giving the intensity whilst Genevieve bringing the higher notes and smoothening out the sound, impressive considering this could take years to get down and Wildfowl have only been together since October. The band write from the book of young adults, still using the same themes as teenage angst rock, relationships, drinking etc, but being that little bit older they deliver with much more bite and intelligence to it all. Examples of this are tracks called “I Didn’t Fall For You… You Tripped Me”, “She Opened Her Legs” and “Shackles”

Wildfowl put all they’ve got into their live shows. Sean head down vigorously bobbing to the groove of his bass line, Rory made the most of the little space he had, whilst Genevieve controlled the centre stage, all atmospheric hand gestures and foot stomping the thud of the kick drum provided by Adam. Unfortunately they were let down by the bad sound for the venue but overall a great show of theirs.

Wildfowl are a great, hard working, friendly bunch of people that use their talents to tell true tales of the 20-somethings.

P.S. Remember they’re not doing it just from themselves, but Medway too!