Interview: YGHD – “We sound like a young Placebo on RedBull” 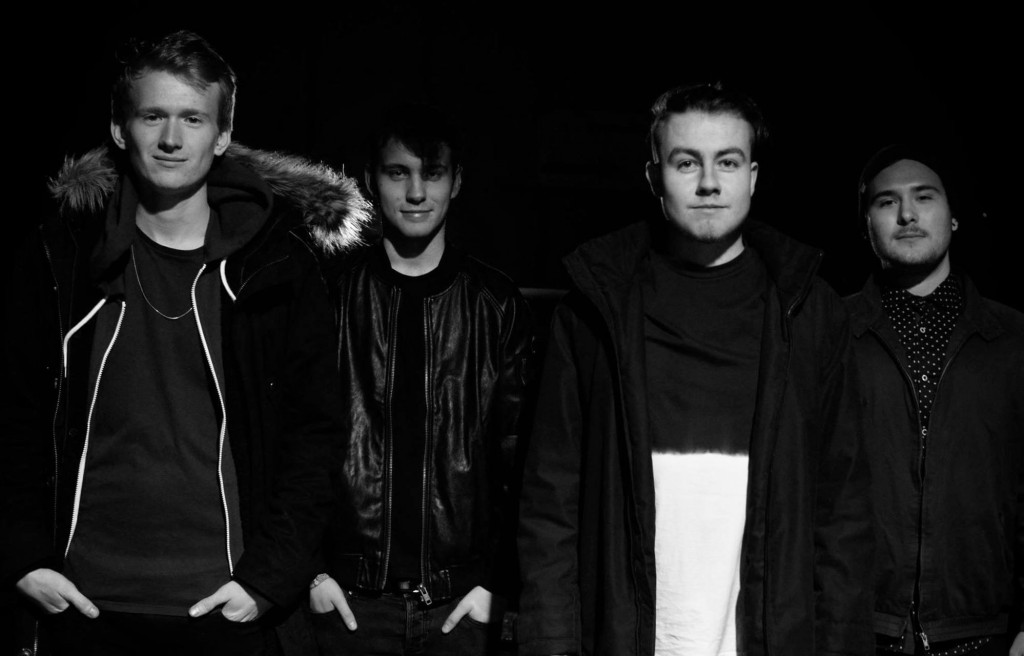 After just releasing two singles we met up with YGHD to find out how the band is getting on.

How did you come to be a band?

Joe: We had a band called “Truth About Vegas”, that was really fun but it came to an end.

Sean: Me and Joe met in college and started playing music together and I knew Jack before. It got to the point where Joe started writing songs, we just thought “lets add some more people in” so we added Jack and another bass player and then it just went on from there. We never meant to be anything, it was just more jamming.

Joe: At first it was just [Sean] and me, we did “YouMeAtSix” and “Blink” [182] covers, we just liked the same music. Then we realised we should probably start writing and playing music. We got really into it then “Truth About Vegas” came along,

Joe: We released an EP with three tracks and went on a tour, we were around for about 2 years. We hit a point where it got quite stale we didn’t really know what we were doing. We wanted to refresh ourselves.

Jack: We wanted to express ourselves a bit more.

Joe: And then “Younghood” came around. We parted ways with our guitarist. He’s still a really good friend, he’s been really supportive of us and is always interested in what we’re doing. Jack played bass in “Truth About Vegas” and now he plays guitar, he’s had a promotion, and we’ve got Charlie as well.

Jack: He was just helping us out at first.

Charlie: You asked me to come along for a session.

Jack: It just gelled from there.

Why did you change the name and why is it the initials?

Joe: We liked the idea of the initials.

Jack: “The Neighbourhood” does it, we thought it was quite a cool thing.

Sean: We were looking for a new name and then Jack just turned round one day and sent us a message and said “What about this name, and how about we write it like this?”.

Jack: It’s a bit different, the name of the band sounds like the music.

Joe: With “Truth About Vegas” it was like we were pretending to be American.

Jack: Now we’ve come back to grass roots, it’s in plain English. South London, and we thought “Younghood” because we’re young, and hood because…. we’re from the hood.

What sort of music do you influence yourselves on, any new bands you’re really interested in?

Charlie: Anything that get’s a good response out of me, it really doesn’t matter what it is as long as I feel like it’s got a good sound, i’m not going to say my influences are.

Charlie: Although that does get a huge reaction out of me. If i feel something while i’m listening to it then that influences me.

Jack: “Catfish and the Bottlemen” best band there is, and “Darlia”

Joe: I have so many,

How do you go about writing your songs?

Joe: Normally I would come up with an initial acoustic idea, something on my acoustic guitar jamming around. Then I would normally show that to these boys. We’ve nearly always done the approach of writing it on the acoustic guitar first, before making it loud. Just so we can hear everything and know how everything sounds.

Jack: It’s easier to lay down the parts that way, you get a better taste of the song that way. We build it up. We start off with “how can we make it rhythmic”, [Sean] will try some drums parts and we go from there; the lead always comes last.

Sean: We always sit there and blast through as many ideas as we can and we turn round to each other be like “yeh that’s sh*t, that’s alright”

Joe: In “Truth About Vegas” we just wrote a song and went for it but in “Younghood” we all sit down together and do it all together.

Jack: For the first time in our lives we’ve wrote lyrics as a group. It always used to be [Joe] or me that came up with a set of lyrics.

Sean: We spend a lot more time once we get an initial idea and then we just go through it. We’re quite critical of each other, not in a bad way.

You’ve just released two singles, what’s the reaction been to them?

Joe: We released “Velvet” on the 9th January. It had a really good reaction, we were quite surprised.

Jack: We won “Fresh on the Net” and thats lead us to get onto BBC Introducing, we’re getting played on BBC6 next week, which is quite a step up.

Sean: We never had it in store, we thought we’d get some songs out so people could hear us, we never expected for people to be that hyped on us.

Jack: We’ve been told we sound like a young “Placebo” on RedBull. That’s one of the reviews we’ve had, take it what way you what.

Jack: We had to sit down for a meeting to talk about every single email because we’d be getting offers for shows, but we’re pacing ourselves.

Joe: We’ve had some talks with labels already as well.

Jack: We had a contract offered there and then, but we’re just waiting to see how the other songs are going and try and push them out a bit more before we sign up for anything because you never know.

Jack: They’re on par as well, one song isn’t better than another.

Sean: It’s probably completely different to what we’ve ever done. we’ve spent a lot of time on it, trying to make it a lot different than we’ve done before.

Jack: That song was in the works for about 6months, just perfecting the lyrics and everything.

Joe: It’s really cool now we’ve got it out on Spotify and iTunes.

Joe: Our initial ideas always sound so much different.

Jack: it’s weird how you come into the studio and what you get out of it. We didn’t know what it was going to sound like, now we’re really proud of it.

Sean: [Guy Davies] was really good to work with, he was constantly giving us ideas, or saying “try this” or “do that”. he was very patient with us, we can be quite annoying.

Joe: We always do a ghost track, and then the drums come in first, we spent the whole first day on drums.

Sean: It was good fun recording there, you just go in and play through a couple of times, get the tempo and the click right and the ghost track and then just go through it till I get it right. It takes a bit of time.

Joe: At the end of the first day we did the bass guitars.

Jack: We whacked down the bass, that was pretty simple. Then the whole of the next day, we just focused on the guitars and the vocals. We tried out so many different tones.

Jack: Loads of pedals, loads of reverb and delay. and Guy was really helpful with that, he brought in his guitar and pedalboard, it was the nicest guitar i’ve ever played.

Sean: He was messing around with things until we found things that were good.

Joe: He popped out the studio, he said he was going to be 10minutes.

Jack: like 3hours later he’d bought a new guitar, on finance. On the studio buzzer they have a screen and we saw Charlie on the screen with a guitar on his back. Student struggles

Charlie: I was eating Pot Noodles for a week.

Sean: I think we’ve had to rethink what we wanted to do for this year. We want to get back to gigging as soon as possible; we miss that.

Sean: We want to do as many gigs as we can and get back into the studio.

Joe: We’re planning our first gig to be in Kingston, a home gig.

Jack: We want to make it a proper show where people actually want to come and see you.

Joe: We’ve got some really good songs in the works and the ideas we have at the moment are really good.

Sean: We’d like to do another tour, that was good fun.