Interview: Wild Cub “This record is trying to be a little bit like a lost box of photographs” 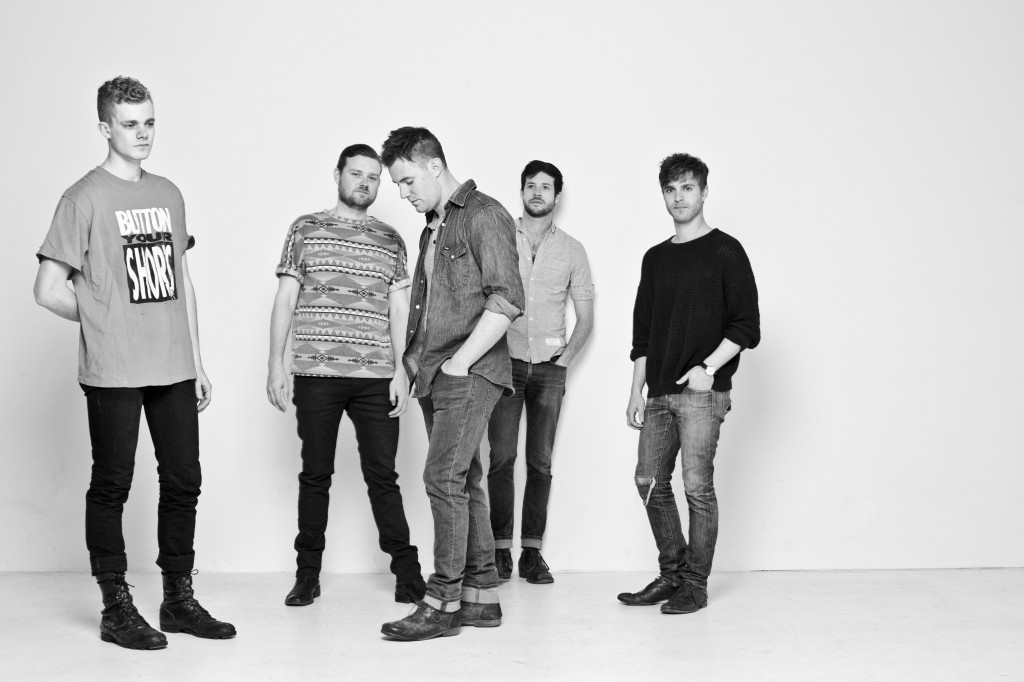 Nashville Electro-Indie four piece Wild Cub are bringing back some oldskool 80’s vibe in their latest release “Youth”, having had a crazy year we caught up with them in London!

How are you guys doing today?

WC: Going good, doing great, we’re in London long way from home so you know pretty good. London’s beautiful we’ve been here the last two days and we’ve been here 3 times this year so it’s kinda nice, were kinda getting our spots we like to go to feels a little bit more like home which is nice.

So I gotta say London or America?

W: Haha, one city versus all of America? Those are weird odds

We combat really well against eachother!

WC:  Haha that’s true yeah. Well I have to say you’re asking at an especially tough time as we’ve been travelling nonstop for the last year and a half pretty much so the prospect of my own bed at home which happens to be in America sounds super enticing at the moment. But I do have to say like every time we come over here even in the beginning when the crowds were smaller and now just when every time we visit a new city or whatever it is there’s kinda this default context which is , were super grateful to be here cause is such an incredible spot and there’s so many amazing clubs here and the crowd that’s been here has really kinda fought through a lot to be supportive of us, cause ya know we had our record come out in the states and its been a little slower to come out here and that time it wasn’t on the internet and stuff so there’s been a lot of people really had to dig and really invest in us as a band so we feel any time we can come out and play for them it’s a lot more meaningful than just playing any old show in the united states which we do a lot more often.

You guys have had an amazing year! You’ve played Fallon and Conan! You also released your new album what has been your highlight so far?

WC: Playing on TV was obviously a dream of ours it’s hard to pick one, one thing that really defined our highlight of this year. Its more like generic it the more the broader realising that music you created at like a house some place is reaching people and in faraway places. You know like if we would’ve known when were recording the vocals for Thunderclatter in a closet in a house in Nashville that we’d be here talking with you or playing for anybody here I think that we would have been, you know it’s been a really cool ride in that way. I think that’s the biggest thing that you don’t expect sometimes those bigger moments, the TV moment or the big festival there a little bit too surreal or to bizarre to absorb in the moment you look back and your like “Wow that was crazy” but the thing that I feel like sticks with you especially now as we head home as the holidays are starting, its just being grateful that were able to say it’s pretty cool that we get to record music and people are waiting to hear it and wanna hear it and not a lot of people can say that.

Sometimes, a little, we’ve done larger shows or festivals we’ve been to, a lot times we’ll play a small show that were totally taken off guard by and be surprised and feel connected to that audience in a really great way and sometimes that’s as powerful as playing ya know a late night TV spot or a festival that we’ve been looking forward to, you never know what you’re..

Especially Manchester and London have been shows where ya know it’s not just five hundred people who came cause they heard your one song on the radio, especially now it’s our third time, its rooms full of people who really care about each song and care about the band that’s, that’s a really unique experience we don’t get every single night.

Awesome. So you released Youth, very proud of it I can imagine?

WC:  Haha in some ways it’s really cool and in other ways it feels a little bit like that photobook your mom pulls out when you friends are over of like naked baby photos of you. Like I said we created a lot more like raw time and the story over the last year and half with that record has not only been getting to go a lot of places but us becoming a band in general cause we were so fresh when we created that so were really proud of it and really glad people get to hear it especially now in the UK everybody can have access to it. For sure.

For those that haven’t listened to the album yet, (which obviously they should have) what kind of themes does the album touch upon?

WC:  What kind of themes…well um the biggest thing that the record is about is kind of the process you make between 15 and 30 where you’re trying to figure out how to connect with other people and figuring out ya know figuring out what friendships are like and what relationships are like. Ya know the worlds a big weird dark place and there’s something to be said for continually striking out and continuing to search for people in the world and it’s easy to kind of get hardened up and turned away.

I feel like this record is trying to be a little bit like a lost box of photographs that you would find of different friendships or a summer where you were best friends with one person that you never spoke to again after that or that first relationship you had or you know whatever it is that.. I was just always interested in making music because it connects people and it’s about people connecting with one another and so for the record it’s almost like these little diary entries of what it means to be growing up and trying to have intimate connections with other people.

For those that haven’t listened to you guys yet, why should they listen to you?

WC:  Oh man, I never have a good answer for this question really. Ya know it’s hard because I feel like err… I feel like if there’s anything that’s a bummer about the music world right now it’s that there’s this attitude that everybody has to do a tap dance to earn listeners time and I always feel that the things I connected to are songs that you discover when you’re sitting in the back of someone car or someone makes you a mix tape of something or you find it through a way that you would never expect and it hits you in a moment where there’s the song and it’s a great song but its deepened by the fact that you r experiencing it with somebody else or your experiencing it in a specific moment or location.

I feel like I like to focus less on why we deserve to have peoples time and just hope instead it organically we end up popping up on a stereo while someone having a moment somewhere because the records about those exact moments. So I hope that in some way that’s how people can discover it cause we made this whole record hoping that like that we would create it and it would be a certain amount of truth but the real truth of the record is that somebody encounters it and their own past relationships and their own memories and their own imagination to it and that’s what fills it out, it’s a relationship. The whole record is about how you can be one person in the world but without somebody else to be your accomplice and to shadow yourself back to you it’s this thing of like “do I really exist” ya know and I feel like the same is true of other music is that the music is cool but it’s really only one piece of a larger puzzle which is a relationship between someone’s real emotional life and our music and I hope that that exists and happens organically.