Interview: The Twilight Sad – “Glasgow should be seen as one of the bigger music scenes” 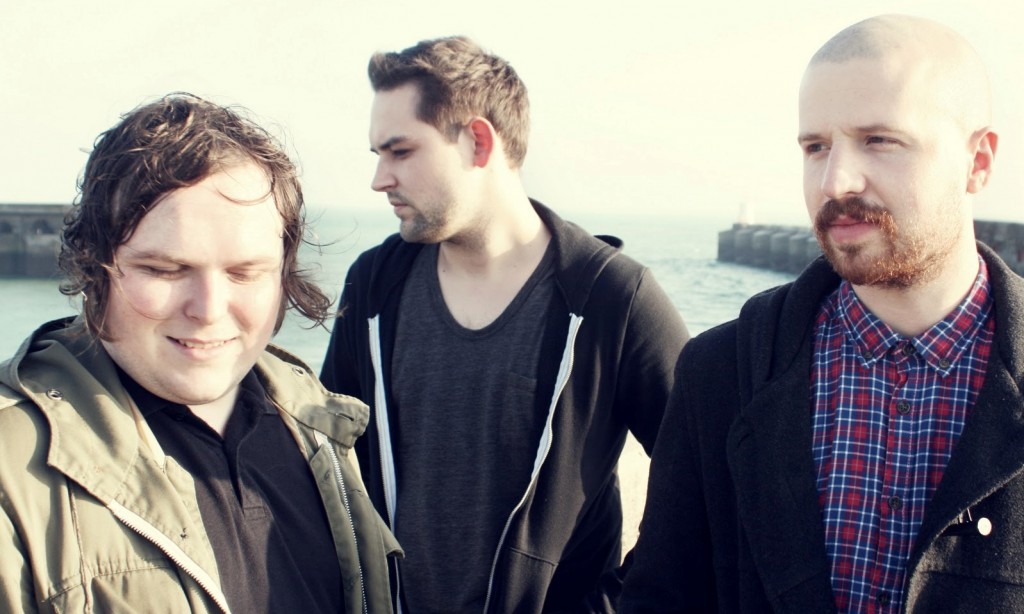 Last Autumn, Scottish outfit The Twilight Sad released their fourth studio album, Nobody Wants To Be Here And Nobody Wants To Leave. Lauded by critics and adored by fans, the record beautifully merges the sourness of reality with the loud, crunching vibes of post-punk and indie. Floating over the band’s strong sound are the sultry vocals of frontman James Graham. Singing in a thick, unyielding Scottish accent, Graham’s naked lyrics and voice have found a way of connecting to his audience. This October, The Twilight Sad will release the Oran Mor Session, an acoustic reincarnation of many their tracks old and new, such as ‘I Became A Prostitute,’ ‘I Could Give You All That You Don’t Want,’ and a cover of Arthur Russell’s ‘I Couldn’t Say It to Your Face.’ We caught up with the frontman to talk about the band’s latest record, touring, and the rising Scottish music scene.

It’s been a year of relentless gigging and touring for The Twilight Sad, and Graham reflects on what an enjoyable year it has been for the band so far, as well as how pleased the band are with their latest album’s reception:

“It’s been really good. The first half of the year we were on the road a lot on a ten-week tour where we played for four weeks on tour in America, were back for one day, and then we were away for six weeks in Europe strait after that, so the getting back and adjusting was quite hard after that, to be honest. But yeah, it’s been great. The record’s definitely connected with a lot of people, and we’re playing in front of a lot more people than we’re used to and more people know the band. It’s great, this is what we like to do. We’re a band that likes playing live and we enjoy touring.”

Despite enjoying some downtime back home in Scotland, Graham stresses the band’s eagerness to hit the road again: “It’s one of these things where when you come back after a tour you think ‘oh, I’m gonna need a few months after this to kinda get back to normal and stuff.’ And that’s all good and well, but actually after about two or three weeks I start to kind of miss the routine of being on tour, playing gigs, and things like that. [Touring is] one of my favourite things to do.” Despite the band’s extensive touring schedule, they enjoyed a quiet summer playing festivals every other weekend. Citing their standout performance at this year’s Latitude Festival, Graham recalls the success of the performance and the stiff competition for faces in the crowd due to the quality of the line up:

“Yeah, it was great. We were really surprised. We’ve played there once before and the line-up is always amazing, so you know you’re going to clash with someone else playing, but it just so happens that Wolf Alice were number two in the charts the week before” he laughs. “But I got to see Portishead at night so I went home happy. The gig itself was great, we had a really good time. I remember we played alright.” Graham also remembers nearly knocking out the group’s touring bass player Johnny Docherty. He adds, “I totally didn’t mean to do it. I don’t know what it was I was meant to be doing but I definitely didn’t mean to throw the mic stand in the direction of the bass player. We’re really good friends and I don’t do that sort of thing to my friends! I just remember hearing a wee noise after I threw it. I know sometimes it looks as if I’m not enjoying [playing live] because I’m screaming my face off, but I am.”

From screaming his face off, to taking a step back from the amplifiers and stripping back the band’s trademark noise, Graham explains the thinking that went behind the Oran Mor Session: “We’ve been performing the songs off the new record and songs off of previous albums as well, and we’ve been doing a lot more acoustic sessions and gigs, things like that. And we’ve done a kind of stripped back session when we were a three-piece. We had an organ, drum machine and Andy playing guitar… I think we just kind of wanted to record something and document if and to show people a different side of the band, and show that we’re not the sort of band who only go out there and play big live loud noises. We wanted to showcase ourselves as songwriters as well.”

It’s easy to assume that making an album is stress-free and sentimental. But for Graham, making Nobody Wants To Be Here And Nobody Wants To Leave proved to be a real turning point in the band’s evolution, as they came to something of a crossroads following the campaign for their third album, No One Can Ever Know:

“I don’t know, things weren’t going so great for the band. We still believed in what we were doing and we wanted to carry on, but I just felt that we were shouting up against a brick wall a lot of the time. We weren’t really getting to where we wanted to be. It was just due to people who were working with us… Aye, we were trying our best but it wasn’t happening for us. We had a bit of down time after that. We were at home and we weren’t touring as much, and I think it was just about getting back to how things used to be when we weren’t in the band. It was nice to be at home.” But writing the following album provided the relief needed to get the band back on track. As Graham puts it, “I just write about where I’m from and the people I know, things that happened to me, my family, friends, and you can guess it’s usually bad things, miserable stuff. But it’s a sort of socio-therapy for myself to speak about these things and about general everyday life, so I write lyrics about it and it’s a way of getting things off my chest.”

Hailing from Kilsyth, a small civil parish in North Lanarkshire, Scotland, The Twilight Sad are one of a number of post-punk indie bands to emerge from Scotland in recent years, such as Frightened Rabbit, Franz Ferdinand and Mogwai. Regarding Scotland, and more specifically Glasgow’s strong association with rock music, our talk turned to the Scottish music scene. As he explained, Graham believes that the Scottish music scene is overdue global recognition:

“I think about Scottish music as I think about my favourite bands: for me, I do see Glasgow as one of the most influential cities as far as music and bands go. And I think, yeah, it definitely should be seen a big deal. Like, as you said, you’ve got Mogwai, The Delgados, Frightened Rabbit moved up here after they started writing music, and you’ve got The Jesus & Mary Chain. I mean, Cocteau Twins are from Grangemouth which isn’t Glasgow, but still nearer to me so I can sit at home and listen to them,” he said. “Yeah, I mean I think some of the best music that’s ever been invented has come from our small country of five million people. It’s really strange, there just seems to be something about where we’re from that every so often we produce bands that really connect with people across the world. I definitely do think that Glasgow especially should be seen as one of the bigger music scenes. I suppose you’ve got your Manchester scene, you’ve got New York, things like that. I think Glasgow is up there with the best of them.”

As the band prepare to head out on tour once again, fans will be eager to know whether the band are already thinking about a new record. And, according to Graham, it’s good news:

“We’ve had quite a productive summer, actually. Because we’ve only been playing every second weekend at festivals and things, we’ve had a lot of time to be at home and think about things. So usually during an album process we don’t do too much writing and it’s all about that album for us. We recorded Nobody Wants To Be Here Nobody Wants To Leave a long time before it was released, I think… So I’ve been ready to do new stuff for a long time. So having this week on break in the middle of touring has been great for us, and we’ve already been kind of throwing ideas back and forth, and we’re starting to put things together.”

As Graham stresses, the band are keen to experiment and try out new things: “We’re moving quicker than we ever have. I think that we’re creatively we’ve been ready to move on for a while. I’ve never been more excited than I have been now to make new things and try new things. I mean, the last album really connected with people, but at the same time we don’t want to re-create that album. We want to move on to something bigger and try new things,” he noted. “It’s going to be ‘who we are at this stage’ and I feel that I’m ready to write about me and who I am in this point in my life, and Andy’s wanting to try new things. So yeah, we’re excited about trying new things and seeing how far we can push it.”

Whilst open to trying new things, Graham is also keen to retain the band’s trademark melancholy and deeply personal sound that has connected with so many of their fans:

“I think everything will always be very personal. Every album has been the world through my eyes at whatever point in my life I’m at. But there are things about our band that we could never change. There are things that happen subconsciously though our music. Like, for me, that’s just who I am and that’s just that way, and there are things that we’re influenced by, and things that… We just need to make music for ourselves, and if people like it, great. If they don’t, then we’ll just keep on doing what we’re doing. Yeah, it seems like that steadily people are hearing about us more very year, and more people find out about us and stay with us. We’re in it for the long haul and not just to be a flash in the pan like so many bands are these days.”

Not content in being “a flash in the pan”, The Twilight Sad continue to stride forward. As they reembark on tour, one can only get giddy at the prospect of how their ferocious, cold, and miserable indie sound will grow.

The Twilight Sad’s Oran Mor Session is out on the 16th October. You can pre-order it here.