Interview: The Stunning – “One thing I always say is, it starts with the music” 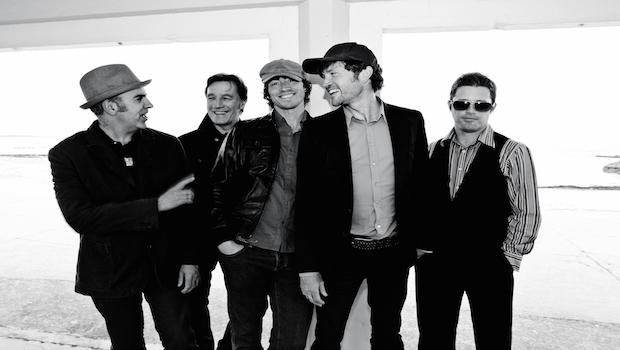 Another strong Irish act set to play this year’s Bulmers Live at Leopardstown, The Stunning are back having played the event two years ago.

We caught up Steve from the band about their nationwide success, their experience playing at Leopardstown and the hits…

You guys are set to play Bulmers Live at Leopardstown this year – you excited for that?

Yeah, very. We played it once before, about two years ago and I put a few quid on the horses, and lost all my money – I never win anything! But yeah it’s a great night out, good food and drink so yeah, can’t wait!

The Stunning became one of the most popular Irish bands around the time of the debut album (1990). Does performing still feel as exciting now as it did then?

Yeah I think it’s the same, or even more enjoyable. Because now we’re not really a band who “want to make it” as such. Like, when we realised we weren’t gonna make it internationally, we decided to break up. ‘Cause you see, we were spending a lot of money going over and back to the UK and the likes to do shows. But when we reformed to do shows and all that, we re-released ‘Paradise’ with a few added bonus tracks. See back then the majority of sales from ‘Paradise’ were on cassette, so when we brought it out again, everything had switched to CDs and therefore we were lucky in that everyone went out and bought it again!

It’s that time of the interview where I bring up ‘Brewing Up A Storm’! I mean, it did just blow up, didn’t it? Even now it’s still quite a big track. Did you ever expect that when you were writing it?

No not at all. That song started as an acoustic kind of folk song actually. I spent a Summer in Germany and spent a couple of nights playing in a bar while I was starting my own stuff which was quite Dylan-esque at the time. So I wrote that song and brought it to rehearsal and it was then that suggestions were made to change the track to electric and from then the song just evolved. So when we started playing it at gigs it became a big rock song. But actually, it was the fourth single we released, and the first to not enter the charts. But yeah, it did become an anthem after the album was released and when it was becoming a live favourite. And then kids who wouldn’t even remember the release of the single were covering it in bands and stuff, so I have to thank them as well!

So, the Irish music scene is sort of in a really strong and promising place at the moment. Is there anyone you’re really liking out there?

Hozier. He’s gonna be huge, and he deserves it. He’s a great lyric writer and he has a great voice. One thing I always say is, it starts with the music, and he’s got that. The Riptide Movement as well – they’re all doing good stuff. I hope they’re in it for the long run ’cause that’s the difficult part, you need to get that break abroad. There’s only so much you can do here in Ireland and I think it’s getting harder to survive on just gigging in Ireland now too.

There’s a lot of great Irish artists. Daithi is another one. And The Minutes, they’ve a new album out. You see, I think BIMM college in Dublin is really gonna make an even bigger difference now. It’s their fourth year this year so there should be loads of shit hot musicians coming from there very soon.

Brilliant. Well, that’s it! Thanks a million for chatting to us Steve.

Thanks Wynona, hopefully see you at Leopardstown!

The Stunning play Bulmers Live at Leopardstown on July 17th.