Interview: The Stone Foxes – “It’s not just about individuals, it’s about community and it’s about creating something larger than ourselves” 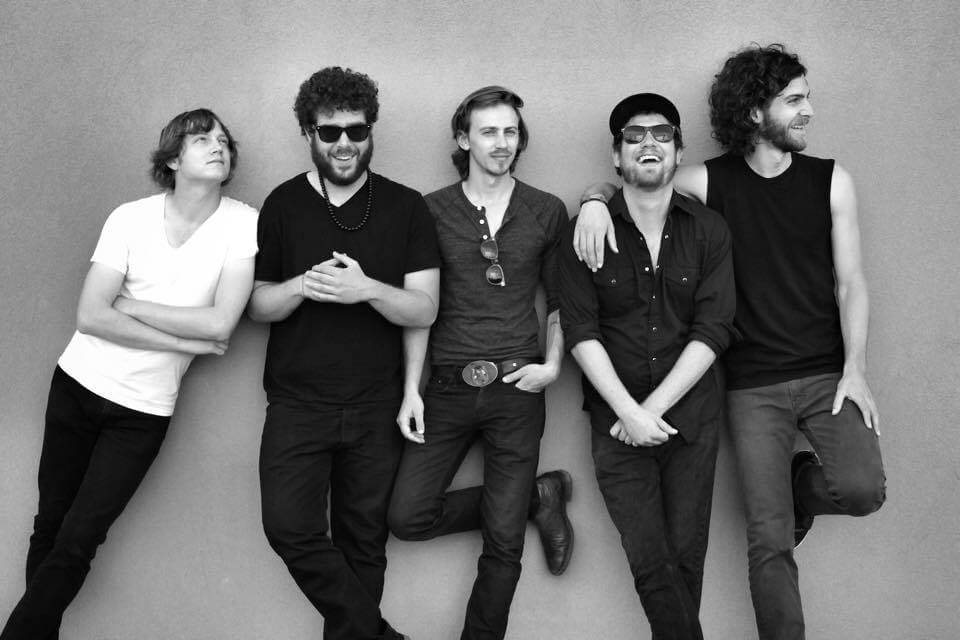 Hailing from San Francisco, The Stone Foxes are reviving rock ‘n’ roll with the release of their new album Twelve Spells. As their tour draws to an end we caught up with vocalist/drummer Shannon Koehler and vocalist/guitarist Vince Dewald.

Thank you for interviewing with Fortitude Magazine.  Is this your first time in the UK?

Shannon: I went once before and my appendix blew up so this is a whole lot better than that shit. It’s very bizarre, I feel like I keep saying it but we’re from half a world away and we come over here and people know the lyrics and people are moshing and having a great time.

Vince: It’s always a surprise to have them at the show, but then to have them singing along and knowing the songs, it’s really cool.

Do you think Spotify has helped with that?

Vince: I think so…

Shannon: Well who’s counting? That’s huge, I think a lot of bigger bands maybe don’t need Spotify as much but for a small-mid level size like us I think it’s huge ‘cause tonnes of people say ‘I heard you were recommended’ and I feel we should be heavily recommended.

How has the tour been so far?

Vince: It’s been a lot of fun. We’ve met a lot of new people. We’ve been touring with Bite the Buffalo, an awesome band from Bath. We’ve been having a great time hanging out with those guys.

To anyone who is unfamiliar with your sound, how would you describe it?

Shannon: I just think we’re a straight up rock ‘n’ roll band. That has a wide spectrum but I think when you hear us and when you see us you get it. We’re continuously on an exploration to find home when we’re recording – that’s our next big thing. I think we had a great start on Twelve Spells. Ben and Vince and Brian joined myself and Elliott and our writing partner, my brother, Spence. That group got together and that was the first record where we were all in the same room doing things but also at different times. Over time we recorded these songs, now the whole crew is together. You never want to find home but we’re trying to get closer. Going back to the rock ‘n’ roll thing, for us live is where we let it loose every night and we take it really seriously. Even when Vince is sick and feels like shit, he’s out there doing his stretches and doing his trills. We put it out every night. I think when you see it, we feel like we can create an experience that everyone including us will remember.

Would you say you are akin to any other bands out there?

Vince: I think there are a lot of bands that we are akin to but we draw a lot from old stuff, 70’s rock, and 60’s rock and then we also draw from modern stuff and try to work that into our sound. As a far as modern bands we’re akin to…

Shannon: I would say My Morning Jacket, Jack White. I think a lot of us actually listen to a lot of hip hop and so sometimes our phrasing – we’re not rapping or anything – but you get little ideas like that and you kind of work that into things like I would say Eye For Love and Cold Like A Killer are good examples of places where there are these little flows that maybe if you hadn’t listened to a lot of 2pac or Jay-Z or Kendrick Lamar you might not have thought of those little things. There’s always a lot of outside influences too.

Twelve Spells will be released here on March 18. Thematically, is anything going on with the lyrics or with the music?

Shannon: The cool thing is when Vince joined the band it was like ‘Alright Shannon and Vince are going to tackle the lyrics. What’s that going to be like?’ And what I was so pumped about was that Vince likes to talk about things that are important now and maybe we’re not always overt about it, which we feel is good too, you can do it however you want, but we try to talk about things that we are passionate about. There’s the song She Said Riot that’s about his [Vince’s] experience…

Vince: It’s about my experience during the Occupy Movement in Oakland in San Francisco and the things that inspired me and the things that were happening that kind of got a little subdued in media and how it got spun around into a little youth club experiment but in the moment it was a very powerful coming together and people were really fighting things in a powerful way. We wrote a little bit of a riff that inspired that story.

Is it usually the lyrics that are coming first or the music?

Shannon: San Francisco is a huge problem for us. We have the tech industry coming in and young people want jobs and you can’t fault them for coming in and wanting to take jobs. At the same time a teacher can’t afford to live in the place that they’re teaching, so the record’s kind of got that undertone, there’s commercialism and then there’s some personal stuff for him [Vince] and Cold Like A Killer is about my heart problems. The cool part, I think, is when we play live, if you can get into the mind-set of diving into the emotion of every song I think we can. It’s not like we’re up there singing some bullshit. I think there are a lot of lyrics out there that are sort of frilly.

Vince: And to go out there every night like we do it’s important to both of us and our whole band to be singing about something that’s a little more timeless than just romance. Romance is a very powerful tool as well, that’s something that we talk about as well. I think being inspired by our lyrics is really important for us on the road. Every night singing these songs has got to really be something that you believe in. That’s something we’ve focused a lot on in the last album and I think it’s something we’re going to continue to focus on as we write more.

With songs like Eye For Love and It Ain’t Nothing they have very anthemic, powerful choruses. Is that the driving force of a lot of your songs?

Vince: I think above all in music and I think if you consider artists like John Lennon, it has to be fun to listen to. Of course the lyrics are really important, we’re always searching for something that sounds good and usually if it sounds good the words resonate too. If the words don’t resonate it won’t sound good to our ears but I think that we go for those anthemic, catchy things as we write about things we believe in. I think finding the oral sounds is an important approach to our song writing too and not just always focusing on the structure and theory, but just finding sounds you like to hear. I think that comes into the choruses for sure.

Are there any British or Irish artists you’re inspired by?

Shannon: Everyone has been listening to a ton of Bowie, rightfully so.

Vince: As far as rock ‘n’ roll the list is too long. There are some modern bands that we are into. Radiohead. Van Morrison.

Shannon: There’s a lot of fooling around, a lot of joking. It’s actually pretty cool; everybody here loves everybody, which I don’t think you get a lot in bands. I think we’re lucky we’re with Bite the Buffalo because I think they are one of those bands for sure. Everyone has a little tiff here and there, we got everybody in the same room because we respect each other and we love each other as people and we all come from the same roots of the rock ‘n’ roll that we love.

Vince: To have a friendship even before you’re in a band and just to know that you can vibe with somebody is a cool reason to play in a band. Personal vibe is a big deal in a band and I think we have a good balance right now for sure.

Is there anyone that takes control?

Vince: It’s a pretty democratic band. Shannon and I are kind of more the song structure guys and everybody else has their thing. Elliott and Ben are great with adding musical ideas to the mix. Everybody adds their sprinkle.

Shannon: The cool part is since I’m not a guitar player I need people to be able to do anything. I think everybody in the band knows, maybe Vince and I write a lot of the melodies but nothing is going to happen without everybody helping out. I think that’s a huge part of being San Francisco citizens and also I think we’re very community-minded people and I think that shows up in the shows and how we relate to each other. In the shows we want people to walk away, not feeling like we gave them a show but that they were part of the show with us. When we’re doing the band stuff we want everybody to feel like this is everybody’s deal, maybe somebody is taking the leadership in one degree but everybody’s got a piece of it.

Vince: We all ended up in San Francisco from different parts of the States. I know for me and Ben, because we’ve known each other for years, we both ended up in San Francisco because we were both into bands like The Grateful Dead, Creedence Clearwater Revival, Janis Joplin, Jimi Hendrix – these bands that were part of this very communal scene that was bigger than each band, and that drew me to San Francisco wanting to be a part of that. Everybody in our band is in that same boat – gravitating towards San Francisco for those reasons and that is what our show is about, that’s what our band is about. It’s not just about individuals it’s about community and it’s about creating something larger than ourselves.

Drawing to an end, what lies ahead?

Shannon: We’ve done all the touring and this is a great finale to Twelve Spells – we’ve been playing it for a year or so. Our main touring was this fall and this winter and I think we are ready to creatively keep going. We’re going to do festivals around the summer. Twelve Spells is a great beginning but now we have to take that next leap.

Twelve Spells will be released on March 18.