Interview: Ryan Sheridan – “I’m not ready for a big change” 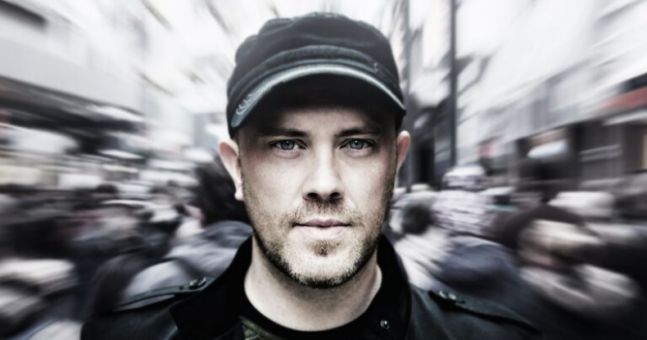 It’s been over four years since the release of Ryan Sheridan’s debut album, The Day You Live Forever. This coming week, the Monaghan musician looks forward to releasing his second full-length studio effort, entitled Here and Now.

I had the chance to sit down with Ryan recently to discuss a number of topics ahead of the album’s release.

You’re set to go on tour next month starting in Ireland, are you excited?

How are you preparing for the tour?

I need to get myself in shape! I’m going to start rehearsing with the band now for weeks on end and then we’ll start doing production rehearsals as well which brings in the whole crew – sound men, lights and everything.

Speaking of your band, the lineup has changed slightly. How did you approach writing new music for the new album? Did you write it with them?

I did write it with them. I felt I needed a bigger sound, I wanted a more melodic sound. There were riffs I needed to hear in the songs, which is why I brought in an extra guitar player. Then I put Jimmy Rainsford on the drums – he’s a phenomenal drummer. He’s ridiculous; you look at him play and just think “how are you doing that?!” I also brought in Darren Sweeney on the bass. I wrote the album with the band, and I recorded it twice, you know. We recorded it last year and realized it had lost that acoustic raw sound, if you know what I mean. I got the opportunity to re-record it, and went back and I wrote about seven or eight new songs for the album. We were able to bring back the acoustic raw sound. We recorded some tracks live with everyone playing at the same time. It makes a huge difference [recording live]. Energy wise especially, it’s huge!

What can long-time fans expect from Here and Now? Is there a big change or is it more-or-less the same style?

There was a big change on it, and I was kind of like “I’m not ready for a big change”, you know? What I really wanted to get across was how I play live, so a lot of the songs are filled with a lot of energy. There are songs that are sort of ballad-y, and solo songs as well. It’s very diverse, and hopefully people will get to hear the live energy within the songs.

You have a fairly unique sound. What inspires you to stick to that style, and is there ever any pressure to?

I do feel a little bit pressured to stick to it, to be honest. The style of music that I have came from a feeling more than anything. I’m a traditional player, I was a fiddle player when I was younger. I remember that feeling when I was playing in a Ceilidh band and that energy when you’re playing and everyone in the room is feeling it. I was always looking for that energy. When I started playing the acoustic guitar in the 90’s I was like any kid back then, I was playing the big songs like Oasis tracks or The Verve or whatever. It was only when I played with Artur Graczyk busking on the street, I had to keep up with him. I had to try to develop a little faster and faster, and it felt really good. Jigsaw developed out of that, and I got the feeling that I got when I was younger and I thought this is what I play music for, you know? To get that feeling. That’s how I kind of developed that sound.

I do feel a bit of pressure though. I listen to a lot of different stuff like Ben Howard and Bon Iver, and I’d be tempted to do stuff like that again. I definitely will!

You’ve spent a lot of time in Europe. How does the music scene differ from Ireland’s?

The thing about Ireland is we’re in the middle of two massive influential markets, being UK and America. I don’t think that, like, Germany is influenced as much as us. There’s an audience for every genre over there. Any type of band could go play any type of music over there and they’d have people willing to listen. I know myself when I go over and play and it’s to, maybe, two thousand people and it feels very strange. You try to figure out and it’s like “how is this possible?”, you know? The energy in Ireland is something I miss when I’m away. In Germany they’re very subdued and attentive. Ireland gives more energy, you can’t beat the Irish crowd. You can get the heckling and it’s just great craic! You can’t beat it.

Ireland’s music scene is absolutely booming at the moment. Are there any standouts for you, personally?

Yeah, I played the Trinity Ball this year and I walked around and saw Walking On Cars, Wyvern Lingo and Little Hours and it was just amazing. There’s a bit of pride in that. Then there’s Gavin James and he’s doing brilliantly, and you’ve got Hozier – the Irish scene is just amazing to be in at the moment! But I’d be a big fan of Walking On Cars and Little Hours, they’re my kind of music, you know?

It’s the crowd as well. Like, I’m all about playing live – that’s why I do this. I’m looking to get the energy back whenever I’m on stage. The crowds here definitely help the scene grow in Ireland.

Is there anywhere you’re looking forward to playing in particular?

There’s a sold out gig here in Whelans and it’s kind of like coming back after four or five years and I just can’t wait. I’m looking forward to playing to my own hometown as well. I get loads of abuse up there – it’s brilliant!

Look out for Ryan Sheridan’s new album going on sale on the 28th of August, and make sure you catch him on tour starting this week! Head over to his official website for more details.