Interview: Ranking Roger – “It’s about time we had another Bob Marley or Bob Dylan” 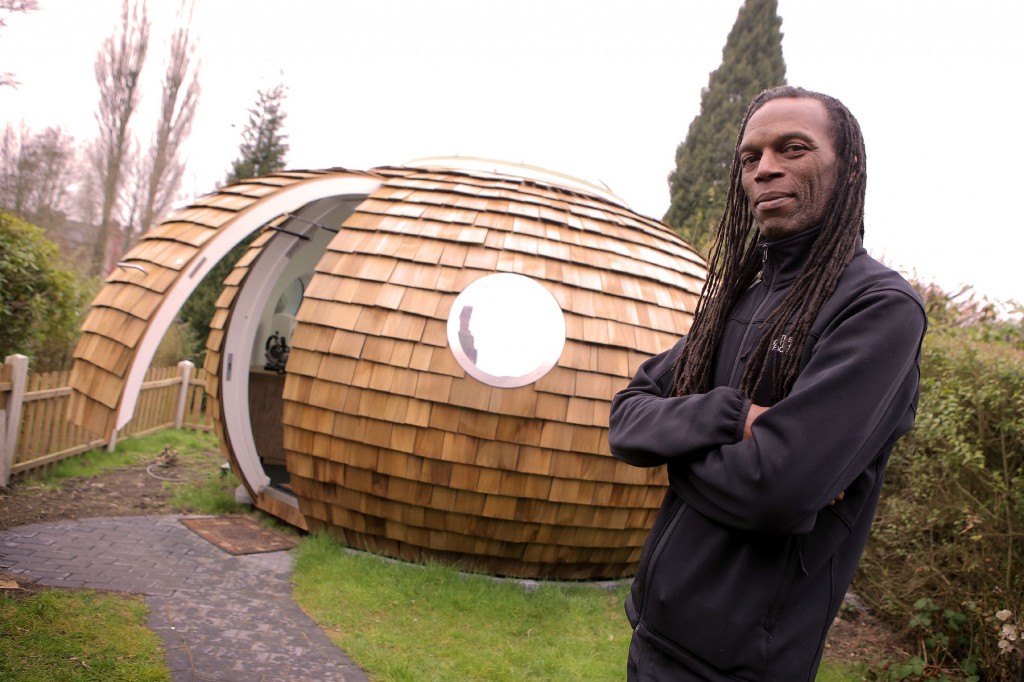 In the world of British Ska, The Beat are something of an institution. Having released a string of phenomenal albums in the early 1980s, their music rapidly became an integral part of the original 2 Tone movement, blending Ska and Reggae with Pop, Soul and Punk.

Vocalist/toaster Ranking Roger has been a staple of the group’s sound since the very beginning, whilst also working as part of General Public and Big Audio Dynamite. With a global tour starting next month, Roger took a break from rehearsing to discuss politics, music and the future of The Beat.

Thanks for taking the time to speak to me. First thing’s first, how are you?

Very good. Well, as good as can be, shall we say? It’s been a hectic morning.

You’ve got a headline show at The Academy, Dublin coming up before setting off on what is going to be an extensive worldwide tour. For a member of such a hardworking band, what is it that keeps you motivated?

Definitely the music because it’s addictive and I need to keep playing it, and the people. They keep coming back; they must need a dance ‘cause we keep them dancing. There’s something about Beat music that’s just different, that’s all. We’re different to anything else that’s out there.

What music are you particularly into at the moment? Are there any new bands that excite you?

At the moment, there is a new band actually that not many people know of, they’re called The RPMs. They’re quite good, it’s Billy Bragg’s son, they kind of sound like 60s but they’ve got Punk in there as well. It’s just a bit different, I think, that’s got something going for it. In time, that music will shine, so that’s one band I can think of. Trying to think of someone new, who’s kinda known, and I can’t really think of any because not many are really saying that much. Apart from flirt music, as I call it, y’know “I love you, I love you”. I think that there’s room now, it’s about time we had another Bob Marley or another Bob Dylan, we need someone more, someone who’s going to grab the youth and make them listen and stop playing Playstation. To pay attention to what’s going on in the world. I think everyone’s a bit like we’ve got blinders put over our eyes and people are not really looking at what’s aloft until it’s too late. The consequence of that is that we end up losing all our rights to free speech and all of our other rights slowly and slowly. I hate getting the plane now, and I’m no terrorist or criminal at all, but every time I go through an airport I feel interrogation. People are saying “well, it’s for our security” but we never used to have to do that before and be scrutinised like that under the microscope. It’s just the way things have gone and it’s getting more and more that way, they like it that way, and now that it’s all through the internet the paper trail is everywhere. I don’t understand what it’s all about, I thought the internet added on to the freedom of speech where you could watch or put anything you want on it and it was freedom of speech, but I don’t know. I don’t know where it’s all going…..we’re getting onto another topic now, we’re meant to be talking about music and new bands… *laughs*

Over the years, particularly in Britain, Ska has emerged as a genre that spans generations. You go to any gig or festival now and you’ll see the original 2 Tone fans from the early 1980s alongside kids still in their teens. As a member of one of the defining bands of the original era, what does it mean to you to be making music that still brings all of these different kinds of people together today?

It proves to me that Beat music as it was designed to be, or how it turned out to be, is a universal music for black, white, pink, blue, for young, for old, all the way through. There were different colours in the band, and there were three generations in the band. I think that’s phenomenal, to achieve that kind of music, it was probably the only way we could have done it…a sound so distinctive. That legacy definitely shows now, I think. You say you go to a Ska festivals and stuff and you see young as well as old, I think that is partially because Ska music never really got its full potential in the charts. It came out, and the whole of the nation loved it, but then as soon as the BBC and people like that started realising how politically aware it was they had to bash it down and in came the New Romantics with their scarves and their makeup and stuff. You had Duran Duran, Department S and Spandau Ballet and them lot took the trophy instead. So our true message never really got across to the full and I think that is potentially why every three or four years you get another tune and there’s a Ska influence in it and it’s a hit. It’s still got a bit of life in it because of that. I think the best way to deal with that music, for any new band who’s going to go out and be a Ska band, is: “Please don’t do anymore covers”. I hate when we have all these Ska bands opening up for us and it’s all cover versions. I wanna hear some new grit, baby, I wanna hear some new stuff. Then maybe we can have you on tour with us more and open our audience up to you and give you more of a following. It’s needed, that’s all I know, it’s needed and it’s not there. What I’d like to see is these young ones learn from it and go away and bring back, y’know?

You released a solo album, Pop Off The Head Top, in 2014. Tell me a little about that.

I suppose it’s a modernised version of Ranking Rogee in a way. There’s a few Dance tunes on there so it shows that I’ve grown up, I’m not just Ska. I want people to know that I will deal with any music, as long as it’s dance music. That’s the whole emphasis of what The Beat was always about, dance music, and General Public was all about dance music, so I’ve carried that on into my future. Anything I do has to be danceable, or else it can’t really work. You might get the odd one that you can’t dance to, but most of it is going to be dance music, when you can rock to it. Yeah, definitely. It’s just another interpretation and there’s more interpretations to come yet. I know this must sound crazy, but a few years ago I was working on some Classical Dub music and late last year I started picking up on that again; jamming them and revamping them and rebuilding them and restructuring them. There may well be a Ranking Roger Classical Dub album coming out very soon, so again that’s just another angle. It hasn’t been done before and it sounds great. What I’m hearing so far, it sounds unique.

Definitely sounds interesting. Would there be any plans for another Beat studio album coming out in the new year?

I think there will be. We will be rehearsing at the end of the month before Ireland and we’ll be trying out some new stuff then and we’ll be trying new stuff out in Ireland too. But the thing is, and, well, this is me, y’know, I know that The Beat had three brilliant albums so when we bring out our album it needs to be as good as, if not better, than all our albums. I don’t want to bring out a half decent thing because the legacy of The Beat is too strong, it has to be a brilliant album. Not too overproduced, it has to have a bit of anger but yet it has to have the kind of panache that’s catchy and commercial enough to get through to the masses as well. I think that’s possible, so I have a lot of high hopes for the future of The Beat, if we get it right and get the timing right, yeah.

What’s it like working alongside the other current members of The Beat?

Really good, because obviously everyone has been in the band for long enough that we know how everybody works and we all get on with each other. We have quite a laugh on tour, there aren’t usually many arguments. It may sound boring but it’s great, we all move together as one and we’re like one family so we try and get on. Again, everyone’s different so you’re going to get problems once in a while so you all get together and sort them out. Musically, it’s brilliant. We get on stage and I can see, I can tell, that everyone’s trying their hardest. Some of the sounds that happen I have no control over, because in Beat shows nowadays, I mean, we don’t even have a setlist. I decide what the next tune is by what the audience are thinking, so I know what to give them next. Whether it’s a new one or a hit, if it’s dying down a bit we do one they know and it picks them up again and then you can try another experiment. We do a lot of spontaneous Dub on stage and you never know, the dub could be thirty seconds long or three minutes long, and you never know what’s going to happen next. I think those are the exciting parts of Beat shows, all that psychedelia and the echoes going on and you’re watching the audience, they’re absolutely not expecting it and loving it. What’s the use of doing a concert where I play the first album exactly as the first album is? I mean people would say “Yeah, that’s great, well done lads” but if you can give them some extension within it, you’ve given more and this is what makes people come back to Beat shows. Every time they see us, a year later or something, it’s slightly different. We’re always getting on top of it and trying to keep it interesting, changing stuff and adding stuff, so it’s always a different show and we don’t do the same numbers every night.

And finally, apart from what you’ve already mentioned, is there anything else in the pipeline?

Yeah, I’m hoping we can get some kind of live album out this year. I don’t know where it’s going to be recorded, but at least people who come to the shows are going to be able to buy live CD representation because people are always asking for those kind of things. The new tunes will be later on in the year, but I think if we play them enough we could record them there but I think we need to keep playing them, work out the arrangements and get them to a point where we’ll know it’s ready to record. It’s as simple as that. That may be over the next couple of months, it could be any time.