Interview: Rainy Boy Sleep – “I would call it Folktronica” 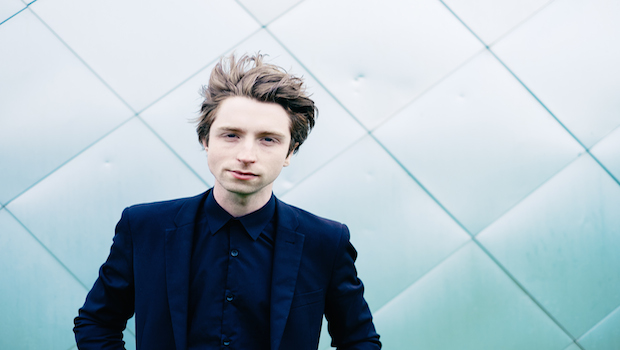 Following the release of his EP ‘Ambulance’, Irish singer/songwriter Stevie Martin, better known as Rainy Boy Sleep, has set off on a little Irish tour through the month of October, as well as a date in Manchester in November.

We caught up with Stevie just before his show in Dolan’s, Limerick for a quick chat and an acoustic performance…

You’re set to play Dolan’s a little bit later – are you excited for that?

I am yes. The last time I was in Limerick I was out on the streets busking so it’s good to get into a venue!

Yeah, how does it feel to have gone from days of busking to now being picked up by Universal and really getting recognition for what you do?

Yeah it’s a great feeling! I’ve been plucking away for a long time now and yeah it’s nice that the work is kind of paying off.

I believe you were in a band before branching out on your own? What made you decide to take the solo route?

The thing with the band is, there was always compromise with the sound and other peoples’ ideas and you know, a lot of the time you’d think they were daft ideas and that so I dunno, it’s just I get to do more of what I want to do. Less frills and less worrying about where the crash comes in and things like that.

So how have the rest of the dates been so far on this little tour you’re doing?

They’ve been brilliant! The last one was as a support for The Riptide Movement in Vicar Street there last weekend, so that was a class venue.

You’ve quite a quirky style of songwriting – how do you go about putting new stuff together?

Well, it’s normally the melody that comes first. Then there’s always like jargon singing over the top of it. I just hear words, like from listening back to the recordings of it, and I just pick out different phrases of it. Sometimes it’s easier than that, like with ‘Ambulance’, I wrote that in about 15 minutes just from picking up a guitar in a weird tuning. So, it’s always different.

I saw an interview you did once where you said lyrically or in terms of song ideas you’re very influenced by Roald Dahl – is that true!?

Oh yeah it is, yeah! I remember being a kid and oh wow, Roald Dahl is just amazing! I’d write poems myself in school and it was so fun ’cause you’ve got this dark subject matter to deal with but if you’re rhyming it, it’s always gonna be a bit happier. But yeah ‘Ambulance’ again is pretty dark in terms of what it’s all about but we stuck a kids choir on the top of it and it brightens it up!

In terms of musical influences then, if you had to put together a festival line-up of your three ideal acts, who would we be seeing?

They’re probably all dead! Nah, we’ll stick with alive. I would say The Cure, Blondie and Nirvana.

Speaking of festivals, you’ve played Glastonbury three times in a row – how has that been? Pretty big achievement.

Yeah it’s been great. The weather has treated me very well! Didn’t see too much muck. But yeah, the response was great, I was on just before Jake Bugg this year, so the tent was packed.

How do you find festivals in comparison to say, a headline show or an ordinary gig?

The festivals are sort of more out of your control. You don’t get a proper soundcheck and that, it’s just line check and straight onto the stage. So, you just have to be a little less picky about things, which is a hard thing to get around sometimes. But there’s that different vibe of a spontaneous “anything can happen” thing. But then with a headline gig in a pub, people are purposely coming along to see you so you’ve almost won before you even start the gig.

Yeah, ’cause I’ve spoken to a lot of artists who say a festival is a lot of pressure to win over fans than moreso than just impressing the fans you already have.

Ay, there’s more fans to be won from people who are just stumbling along and coming across you and you’re random to them so you need to really show off.

What’s the main goal or aim for you as an artist for the next 12 months or so?

It will just be great to have the album out and everybody know the words to the songs so they can sing along at gigs. I think that’s a good start.

So there’s an album ready to go? What can people expect?

There is, it’s all finished! I think we’ve got another single to come out before the album drops but there is a lot of different stuff on it. There’s a mix of two worlds of acoustic and electronic. The producer was Ruben Keeney, he’s like the youngest DJ to ever play Ibiza. So there’s a lovely blend, I would call it folktronica. It still stays true to the acoustic songs but there’s some really cool beats on it as well. So yeah, there’s a lot going on in the album.

Looking forward to hearing it. Thank you so much for that interview.

Check out Rainy Boy Sleep’s acoustic performance of ‘Ambulance’ for us below: