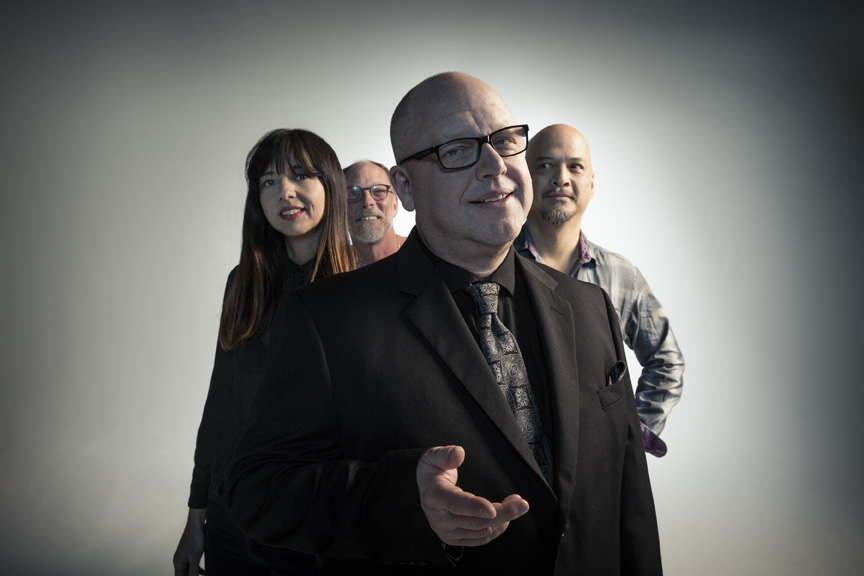 Hey Paz, how’re you doing? You’re going on tour in November, visiting the UK during that time as well. What are you up to in the meantime, and what are your expectations of touring the new album? How do you think the songs from the new record will translate on the stage?

CARRIER and to perform the new songs live This will be my first tour where I’m playing songs I wrote.

You’ve played in some big bands over the years, such as Queens of the Stone Age, Zwan and The Entrance Band to name a few. Given your vast experience, did it feel at all daunting joining Pixies and replacing Kim Deal — someone who had been part of the band’s set up for the best part of 30 years?

No, it didn’t feel daunting. I just came in and started playing with the band and just made sure to have fun.

Talk us through how you came to be in the band?

I think Joey Santiago’s maybe a time traveler. I could be wrong but somehow he got my number in 1997 to audition for his side project he had with his wife at the time Linda called THE MARTINI’S. He sent me a tape of all the music. I just couldn’t believe that Joey of the Pixies had my number and wanted to play with me. Anyways, I got the gig. My very first gig outside of Los Angeles!! This was really exciting for me. When I got back from that tour, I started playing with . Joey and I never spoke again until 17 years later, when he called me about needing a bass player for PIXIES. I auditioned and I got the gig.

Head Carrier marks your first full appearance on a Pixies record — how did you find making the album?

We had a lot of fun. It was great working with producer Tom Dalgety.

What inspired the record?

Who were your musical inspirations when you were growing up?

What was it that attracted you to the band – was it something you really had to mull over, or was it an easy decision?

I knew I was a good fit and really wanted the gig.

What’s the plan after you finish touring?

Can we expect to see Pixies playing any more UK dates or festivals next year?

And finally, what do you like doing outside of music? What are your hobbies?