Interview: Nick Mulvey- “There’s only one of you and if you give that a voice, it will be different.” 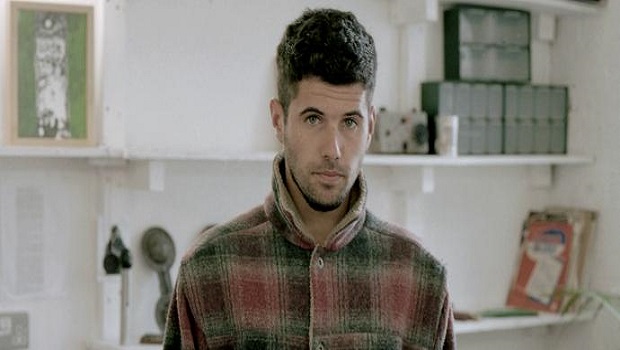 Touring across the UK and Ireland as a support act for established singer/songwriter, Laura Marling, rapidly up and coming singer/songwriter, Nick Mulvey has been playing his uniquely written originals to massive crowds, following his latest EP ‘Fever To The Form’.

We caught up with Nick at the Olympia Theatre, Dublin before the show…

Hi Nick, how are you?

Yeah, very good thanks, you?

Great! So, you’re currently supporting Laura Marling on her entire tour; tell us how that came about.

The link was the record label Communion that she’s been involved with right from the beginning I think, ’cause it was her and Mumford and Sons and everything. And I released my EP with them in June. Basically, I just got a call from them one day saying “Laura would like you to come on tour” and I was like “yeah, great!”, but I’m told that the link in the middle was the guys in the Communion office.

Would Laura be someone you look up to musically?

Oh yeah, very much. Definitely. She’s one of my number one people I think of as a “peer” in age, and I think she’s one of the best. She’s a musician that I’ve always looked up to. People always just saw her as “Laura Marling” and never had to explain what she did. Maybe at the begining they called her a folk artist but now she’s just an established artist, and that’s what I’m into.

What has the reaction to your sets been like from crowds on this tour? Have people enjoyed it?

It’s been really good, yeah. I like these theatre venues; there’s nothing to impede on what I do, you know? There’s no bar to compete with. When I have 100% focus I can get on with it.

You’re coming back to Dublin in November for a headline date, if I’m correct? Do you like it here?

I am yeah! I’ve played Whelans a few times with the band I used to be in, and that was great although I don’t remember them ’cause we got blind drunk… everytime! I’ve really enjoyed the Dublin gigs I’ve done. We did Electric Picnic a couple of times and I ended up getting my guitar out in a pub. Not a proper gig that time but..!

As you said, you were part of a group- Portico Quartet. What made you branch out and become a solo artist?

Well, I think it was always a question of when rather than if I would return to the guitar and writing and singing. Because I wasn’t doing either of those three in Portico Quartet. So, the most basic level is that I wanted to return to my primary instrument, ’cause I was playing melodic percussion in the band. And I was 25 at that point and I wasn’t any better of a singer than I was at 18 so that started to bug me. I knew I needed to devote myself to it. And I also knew that I couldn’t do both at the same time, they have to be fully lived projects, neither one could be a side project.

So I suppose, at the same time as wanting to go towards that, I had a lot of songs that were bubbling up inside me. Simultaneously, I wasn’t really on the same page as the rest of the band in terms of what they were listening to and how they were singing and where they wanted to go. Artistic differences!

Your latest EP ‘Fever to the Form’ is out now. Can you tell us a bit about your song writing process, either on that EP specifically or just in general?

Definitely! To be specific, in 2010 we were touring all the time for almost the whole year and sometime during the summer I said to the guys that I wasn’t sure if I wanted to continue on the third album. We had a two week break and I was set to go on holiday and before I left I said when we get back from the two week break I’ll tell you definitely. And on that two week break I remember just being with a bunch of strangers that I’d never really see again, having a great time at the beach wuth a guitar and a campfire, and I remember I didn’t have a lot of confidence as a songwriter at that point. I had loads of musical material- that was never a problem- but words were always a bit behind. I had these mumbles basically, like melody fragments so I knew what the shape of the music was going to be. And I just thought at that moment on holiday “I wonder if I just sing my mumbles really confidentally, I’m never going to see these people again, and most of them don’t speak English so fuck it…”.

It was an amazing experience ’cause all this imagery came out and all these words and lyrics. It was like I was the first audience member- I was amazed. I mean, I don’t know if it was any good but I was just glad it existed. That’s what really made me realise that I could actually turn towards the guitar and the songwriting. Partly because it gave me words, but also because it gave me the blueprint for how I’d go on to write because I would always mumble and let it bubble up and carve away at what the mumbles are. Then I would discover what I’m banging on about!

Like, another way would be sitting down and thinking about an issue that you want to address, but I can’t do that, it’s always boring and never works that way for me. And many songwriters are the same, but it just has to come from the right brain, not the left brain!

In the music industry, there’s always this danger and fear of fitting into a fixed category and being painted by the same brush as another artist. How do you try to separate yourself from other singer/songwriters, or is it even something that occurs to you?

That’s a perfect question because again, kind of the same answer in that it’s an internal process. I mean, of course there’s external things like I listened to certain music growing up and then funnily enough a lot of songs tend to be four minutes long. It’s not like I make music like an alien, obviously it’s formed by other music but, an integral part of the process is an internal thing so I don’t know how it compares to other stuff out there, and I’m quite happy about that.

It’s just about making it me. I know it’s corny but, there’s only one of you and if you give that a voice, it will be different. So that’s the corny, internal journey. Then, the external one is that I’ve also just had an appetite for music from all over the world, all kinds of different sounds so when I’m making a track in the studio and it’s quite familiar to our ears and I think I need an interesting texture, then I’ve got a lot of things I can think of. So yeah, I think being adventurous texturally is important.

Deadly! So, once this touring with Laura is over, what do you hope to do in terms of your music?

Well, there’s a lot of steps set up ahead for me. I’m in the middle of recording an album so after this I’ve got a days rest and then we’re back in the studio and we’ll be on the second half of that. So basically just finishing that up first. And then off the back of that I’ll be going on my own headline tour in November. The run is really good, like the live and the recording stuff fit into each other.

I’m interested in my own headline tour in the UK and Ireland because even with social media you never really know, until you go out and do gigs, actually who’s listening and who they are. It’s gonna be cool to meet people.

And then I’m just grateful if I can just keep going. Festivals next summer should be cool. But releasing my album will be the goal for Easter or Summer next year.

Sounds great! Thank you so much for that interview Nick, I look forward to your set later.

Check out Nick’s brand new Music Video for his next single ‘Nitrous’ below: