Interview: Newton Faulkner – “I just do whatever I feel like doing, that’s what I’ve always done.” 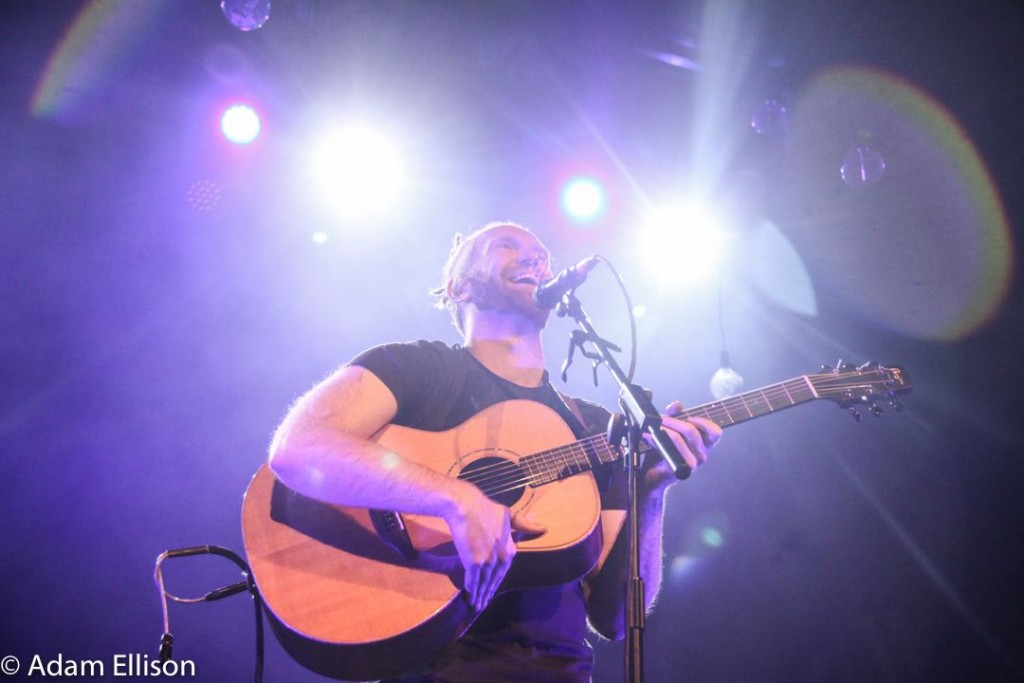 With five albums under his belt and one more on the way this year, Newton Faulkner made his return to Ireland to support Amy MacDonald.

Just 12 months ago, Newton played a headline show in the Olympia Theatre. We caught up with him before he made his return to the Irish stage, this time as part of Amy MacDonald’s tour.

You’re returning to Dublin tonight, are you excited to see some of your Irish fans again?

Very, it’s nice to be back! I’m back on tour again later on in the year, which hasn’t been announced. I’ve actually really enjoyed this – this whole run has been really fun. Supporting is different, but I really like playing to new people. I’ve been on the road for, what, 10 years now? It’s like being faced with a different crowd, it’s like; “What do you guys like? Are you guys into this? Is that weird? That’s TOO weird? Okay, I won’t do that again!”

You mentioned you’re a support act this time around, how do you prepare a setlist differently as opposed to when it’s a headline gig?

I guess it’s slightly more introductory, because I’m aware that there are people who won’t have seen me before. It’s obviously a shorter set as well, so it’s more intense. I guess it’s the same stuff I do in a headline [gig], just without anything extra.

I’ve gone back to being solo, as well, last time I was here I was with the band. I loved having the band with me, but it did cost a lot of money!

Do you prefer being solo on stage?

There’s huge advantages to both – I think I’m just gonna switch it every now and then. As soon as I get comfortable, I make it harder or different, just change whatever I can.

You’ve announced that a new album is in the works, but this time you’re looking to involve fans through Pledge Music, can you expand on that?

We’re just doing a preorder campaign. Studio Zoo might have been a bit over the top – we were live on the internet for 5 weeks! This is just a preorder. Once you do preorder it then it unlocks the making of.

Your debut album was met with praise due to the generally lighthearted nature of it, but as time goes on you seem to have evolved your sound to be a little bit more serious, what influenced that change?

Just life, in general! I’m pretty honest in terms of, like, wherever my head is at in life. I think in the 2nd album I was trying to work out what to do – I had this platform where I can say things; “Shit, what do I want to say? This is quite serious!” It’s not something I take lightly, I don’t take lyrics lightly. I think that’s where stuff like ‘I’m Not Giving Up Yet’ came from, I didn’t want to waste this opportunity.

It is a very hard balance to get. The 3rd album is almost a reaction to the 2nd – it’s much lighter, much more hopeful. Every single song basically said the same thing in a different way, it’s like “I know things are hard now, but I promise they’re gonna get better” – every song was that, in a slightly different form. I didn’t realise that until I had finished it! But basically that’s what I needed to hear, what I needed to tell myself. I was taking a bit of a battering, and I was like “this is hard, but it’s definitely gonna get better” and it translates into that.

Studio Zoo was actually an acceptance of the thing that was hard. So everything I went through that I couldn’t process, because it was happening while I was making [Write It On Your Skin]. By the time I had made [Studio Zoo] it had happened and I had come to terms with it which is why that one’s actually quite dark – lyrically particularly! That was me trying to make sense of life in general.

I just do whatever I feel like doing, that’s what I’ve always done. It gets me in trouble sometimes, but I don’t really mind!

In terms of the new album, what can fans expect? What are you doing this time around? Are you going back to any of the roots?

I think I’m gonna produce most of it myself. My production stuff has improved dramatically – I’ve done a bunch of stuff for a film recently, which was a real challenge because it’s like the last film you’d expect me to work on. When I went back to do my own stuff I hadn’t realised how much I had learned.

We had the band for the last album because it was big sounding. This one is gonna have a lot more space in it, it’s a lot more focused on the guitar and vocals and the space around it. I’m pushing my voice in a different way to how I’ve done before, it’s a bit more acrobatic. We had, like, a no-soul vibe, because there was a massive influx of it a couple of years ago and I didn’t want to be another one of those guys, now it’s kind of calmed down a bit. When I started experimenting with it I was like “this works, this is good”, and it really works for just standing with a guitar and singing because it’s such a powerful vocal style, so there’s a bit more of that.

You’ll hear stuff tonight. Because you can preorder it I kind of feel the need to let people know what it’s going to be like. So I’m playing a verse and a chorus.

Have you been playing these new snippets at the last few gigs?

And how has the reception been?

Really good! There’s a track called ‘Fingertips’ and ‘Hit The Ground Running’ and they’re both going down really well.

They’re definitely vocally different. It’s kind of thoughtful but without being depressing, so far.

You’ve obviously played your fair share of English and Irish shows, are there any upcoming acts that you’ve been keeping an eye on?

I haven’t seen that much recently. I’ve been in and out of festivals a bit. There’s a lot of people I’ve had out as support in the past, some of my favourite people – that’s why I do it! Like, Sam Brooks, who has just got an incredible voice and is a great writer.

Charlotte Carter, who’s just released a bunch of new stuff. She’s, again, an incredible singer. Icy Rivers, who are just about to release an EP, they supported me on the last tour – I kind of just bring my friends out!

In general, what would you be listening to at the moment?

All kinds of stuff! But if I’m writing, I tend to listen a bit less. But because of the drives in Europe, which are epic, I’ve been listening to all kinds of stuff. The tour manager is into heavier stuff than I’d usually listen to, so we’re listening to stuff like The Refused. We had one drive that was just pure Iron Maiden, which was fun because I do love that stuff. A bit of Queens of the Stone Age, that kind of stuff, which is great after doing the film as well.

Can you say more about the film or is that a secret?

I dunno what I’m allowed to say! They don’t know when it’s coming out. I got 6 tracks on there! They’re written to briefs, so they’d say “for this bit of the film, we need something a bit like this or a bit like that”. It’s kind of what Randy Newman does, I guess, kind of those bespoke songs, which I’ve loved doing, it’s really fun. I quite like getting up in the morning and reading an email and thinking “okay so you want it to sound like a broken toy box.. in a misty forest.. with howling in the background.. and the box is slowly destroying itself.”

Every single track I did within 2 and a half hours. I did 3 in one day. I really liked it! There’s not that many films which need bespoke songs but I’m definitely going to be doing more of that.

What are your plans for music for the remainder of the year?

I’m going off tour later in the year, but as soon as I get off this run I’m going straight into making the album, I’m trying to get that done pretty much as soon as I can. I’m going to be solo for a while I think on the upcoming tour.

Being with the band was amazing, I learned huge amounts from it. There is something about the freedom of being on your own, being like “I was going to do this but it just doesn’t feel right, I’ll play this instead!” Also editing sections of songs, for example I did a fresher’s ball a little while ago. I kind of changed my whole sound, like I did acoustic remixes of every song, like “what would the kick drum pattern be on this? I think I can do that – yeah I can!” and everyone went fucking mental!

You can check out Newton Faulkner’s Pledge Music page if you wish to preorder his upcoming album. There are a lot of goodies to be had here, so definitely take a look!