Interview: Mishka – “I think I’m freer in the sense that I’m steering the ship” 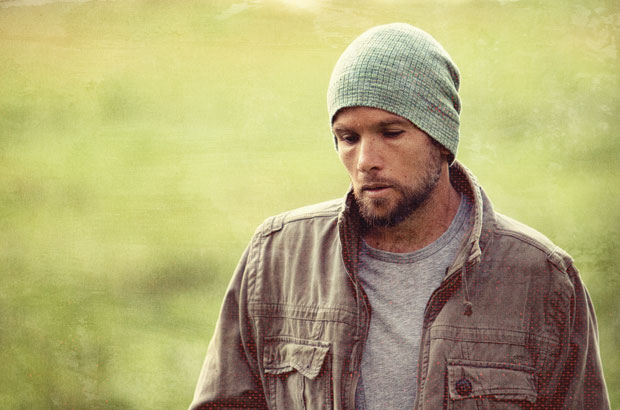 Speaking with a thick and satisfying accent, Bermudian musician Mishka opens up about his most recent album, Roots Fidelity, working with Prince Fatty and staying true to the old Reggae sound. From his early days of working with Alan McGee at Creation Records to signing with Matthew McConaughey’s j.k.livin label, Mishka has had a prolific and interesting career. With undeniably mellow vocals, influential lyrics and a stellar back catalogue Mishka reflects on his music so far and what lies ahead.

Where are you speaking to us from?

I’m in Lisbon right now for some shows.

You’ve been releasing albums since 1999; a lot of artists over their careers have this conflict with relevance. Has that ever been the case with you?

I don’t know. I’ve always been coming to the music from a place of natural creativity. Perhaps I think there are times where the music may be before its time or behind its time. I don’t really look at music that way. I play it as it comes to me, so I think some of it becomes relevant and some of it becomes irrelevant.

Do you ever look back at previous work or do you move forward with new projects?

I do look back. I mean I look back on that album from 1999 and I actually like it now, but at the time I didn’t like it – I didn’t really listen to it or check it out that much. It takes a while to take a listen back to something.

It’s surprising, it’s such a brilliant album, and one of my favourite songs is ‘To Bring a Man Down.’ What period of your career so far has been a huge turning point for you personally and musically?

I think making the first album was probably the biggest turning point for me because I was going from being just a songwriter writing songs at home to being in the limelight. That was a massive shift in my life. I guess in the last couple of years I’ve really gotten a grip on being an independent artist because I’m not signed to anybody right now. That’s been a big change – I’ve been getting more into producing the music myself and steering the direction I want to go in.

With that said, have you been inclined to sound a certain way when working with different labels?

Yes, consciously and influentially and sometimes unconsciously as well. A lot of it is to with the label and the producer that you end up in the studio with rather than the musician. That’s a good question and it takes some thought. For sure I think place and environment have a lot to do with it. For instance, making the first album in the UK had a big influence on that album and then I did a couple of albums in California and that definitely had a big effect on the music. I think environment and the people around have a big effect on the music.

Would you say you’re a bit freer now being independent?

“, but as far as how much time I have to create it’s a lot less time because I’m involved in the whole business side of it now. Nothing really changes in that sense.

How has collaborating with other artists i.e. Horseman etc. influenced your sound?

The Horseman thing was cool because I was really into Prince Fatty’s stuff and obviously the stuff that Horseman was doing. The song he is on, I didn’t really have anyone in mind for collaboration, so when he put his vocals on it, for me it opened up the song a lot and gave it a whole different energy. But I didn’t work with him in the sense that we didn’t sit down to collaborate on it and figure out the song together. It was more like a rhythm that was put together and then Fatty mixed it and asked ‘How would you like to have Horseman on it?’ and I hundred per cent wanted to go for it.

‘Free’ is just a general global-political climate song about the complete injustice and mayhem that is going on. It’s looking at the way things are and the total exploitation of one bunch of people by another. And it is just apparent to me that no people are free until all people are free. It’s a cry for equality and for people to stop exploiting each other in such vicious ways.

How much clout do you give to the lyrics of your music? Is it more important than the music itself or do you give it equal weight?

I think the lyrics always maintain a little bit more weight than the music, because I often start with the music, but that being said sometimes the lyrics will inspire a whole vibe musically that can then become its own entity and that can inspire more lyrics. I guess it’s kind of an equal thing, but it starts with the lyrics – that’s usually the driving force or inspiration behind the song.

A lot of your lyrics are very powerful. Is it a difficult process to approach musically?

Usually I have a little bit of an idea about where I want it to go, just a little piece or a melody will come with the lyrics. I let that drive it in the direction that it goes. I think I write in quite a melancholy kind of way, so sometimes I have to kind of wake myself up and really check the lyrics and see if that’s the mood that it really needs. Sometimes it needs to be a little sunnier!

You get the message across though which is good! Reggae music is such an old sound and now you’ve got bands like The Skints, who have also worked with Prince Fatty, they’re keeping that genre contemporary, but for you personally how do you preserve its ethos?

I guess staying true to the roots of how I write the music because I start so simple I’m not one of those artists that gets a rhythm, like if a producer gives me a rhythm and then I just sing on it, so in that sense I’m not really influenced by the newer styles or production sounds and stuff. I usually build it up from guitar and vocals and then see what I want to do with it, then it just takes a traditional root of drums, bass, keyboards and then whatever other flavours you want to put on it.

For me it was actually a really good process working with Prince Fatty because I really appreciate his sound – he doesn’t use any synthesisers. I did most of the recording in Hawaii where I live. I had some keyboard players put some synth on it and I sent it to him and he said ‘I’m not dealing with synth. I have to have this stuff replayed with real piano’ and it really gave me a huge appreciation for that kind of purity in the music and the sound. I can really listen to it and that was what I really loved about his songs in the first place. The fact is there’s no plastic in it, it’s heart and soul. Now I’m on that path it’s kind of hard to come off it.

Have there been any significant people over your career that have helped you get to where you are today?

Yes for sure. Alan McGee [Creation Records] who signed me in the beginning. I didn’t know who he was when he signed me; I didn’t know what a big record industry dude he was. He had a huge drive and momentum to push me out into deep water one time, so that was pretty big. Then I had a couple of albums out on a label with Matthew McConaughey in the States. As far as the push into the mainstream, not necessarily the mainstream because it didn’t really go mainstream, but just to have that kind of push behind it was pretty big. Those two individuals they had a lot of push behind getting the music out there.

Musically I had the opportunity and blessing to work with Daryl Thompson, who was one of Peter Tosh’s guitar players and then he was Black Uhuru’s guitar player for a long time. Musically he brought me up to a whole different level of everything, so that was huge. Some of the musicians I’ve played with over the years in my main touring band – there are some really good players in there.

Who are you currently listening to?

I’m listening to anything; I’ve been so busy!  I’ve been going back into some real acoustic music recently. There’s some friends of mine in Hawaii who just put out an album, which is just mind-blowing – these two brothers out there called Ron Artis and Thunderstorm – it’s just back to basics acoustic, percussion and vocals. It’s beautiful! It’s the best music I have ever heard! I’ve really been into the UK reggae sound over the last couple of years – the Hollie Cook stuff and the Fatty stuff…

Yes, she just opened up a door; it was like ‘of course man, this is great!’

What are the five albums of all time that have influenced you?

Let It Be – The Beatles

Back to the Night – Joan Armatrading

I’m doing a show London, and then I have one in Wales and a couple more around the UK – one in Bournemouth. Touring a little bit and then I’ve got a few more in August, and then I’m in Japan and Brazil and then back home. I think I’m going to be recording an acoustic album sometime this year; maybe a remix of some of the older stuff and some of the new stuff. I’m also releasing another album with a band [The Free Radicals Projekt] that I’m doing vocals for in Maui – it’s like a punk fusion Afro-Jazz…I don’t know what the hell it is! It’s really different than anything else I do. We’re hopefully putting that album out by the end of the year. And also raising a family!