Interview: Lots Holloway – “I Want To Make People Curious About Who I Am” 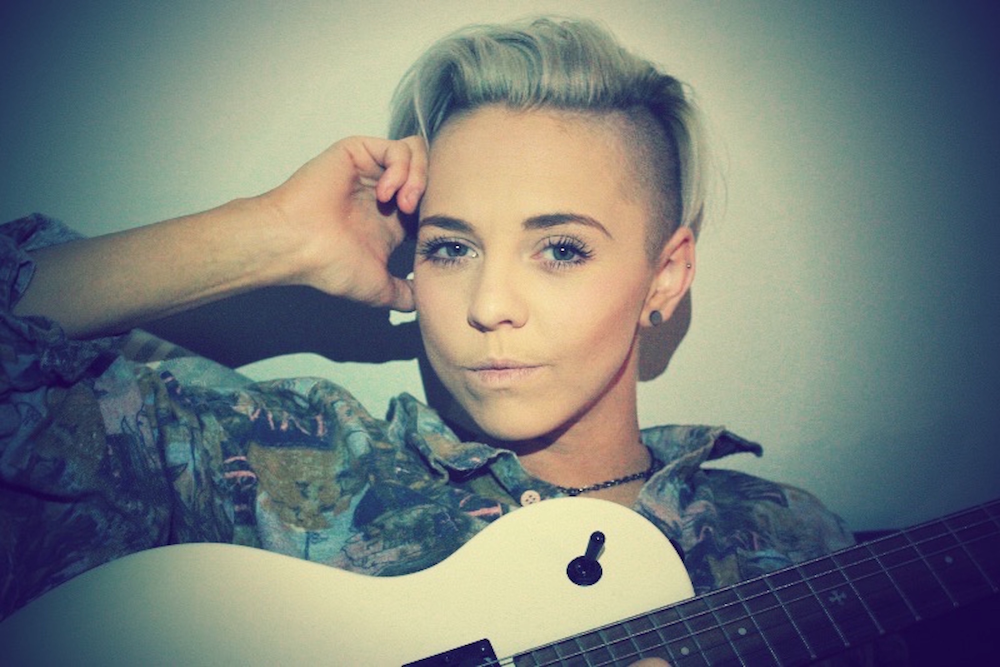 Having just released her debut single ‘World’s On Fire’, Lots Holloway is one of the most promising young acts we’ve heard in a while.

With time on her side, we’re really looking forward to seeing what Lots Holloway has to offer us in the future. While we wait, we decided to ask her a few questions and get to know the ‘World’s On Fire’ singer.

You’ve released your debut single ‘World’s On Fire’ along with an interesting video, how has the feedback been on this from fans and critics alike?

The response has been pretty positive; I think people were expecting something a little softer, nicer, and warmer – so perhaps the song and the video came as quite a shock. There’s some pretty hard hitting content within the video. But overall, I think it’s left everyone excited about what’s to come.

You have a pretty clear pop sound, who’s been the main inspiration behind this style?

I was inspired throughout my childhood by lots of different music my parents would listen to (Pink Floyd, Fleetwood Mac, Talking Heads, Bob Marley, UB40) and then when I was old enough I started to seek out lots of new music, see what new artists were doing too. I love melody and harmony though, so artists like The Beatles, The Zombies, ABBA all have an impact on my melody writing.

Considering you’re keen to sing about real issues, who’s been your main inspiration in terms of lyrics?

I really like lyrics because I really like storytelling. Bowie was a massive influence for me when it comes to lyrics as were the Beatles, both were able to discuss important things (and silly things) without either sounding bad, or preachy, or lame. I don’t always write about ‘issues’ I often write about love and dreams and dancing, I just think those aren’t the only things we can write about.

How was the writing process for ‘World’s On Fire’, and have you learned anything while recording it that you may apply to your future work?

Without a doubt, there was lots of positive things I learnt during the process, tricks of the trade and clever additions or subtractions that can make a track more powerful in places. I also learnt what I don’t want to do in future, and I think that’s giving others too much free reign. I’m quite particular and I know what I want out of my music so I know I should really be more in control the whole time.

What can we expect from your upcoming live shows?

The Lots Holloway live shows are going to be really fun, and really powerful. I don’t want a situation where fans come to a show and feel like it was nice to watch, I want them to feel like they were part of the show, involved in the music and the songs somehow.
I’ve been gigging since I was about 16 in bars and pubs and things (that’s my ‘day job’ if you like) – but what I’ve learnt from doing this is how to adapt my music, and be able to please any sized crowd. Sometimes I’ve played to 4 people and other times to 10,000.

As we are still at the beginning of the year, what can we expect from you in 2017?

I am going back into the studio in early April to complete a further set of tracks towards an EP. More tracks means more videos, means more live shows. I want to play around the UK.

What can we expect from a full-length album release from you? When might you release one and have you got any ideas for the artwork?

It was a flip a coin moment the beginning of this year whether we (my label and I) were going to record a full-length album or an EP (or two) instead.
At the moment we’ve opted for the second, but there’s always circumstances in which we could change our direction and record the rest of the songs for the album. My album will be interesting. I want to find, create and use sounds that no one has heard before. I want to make people curious about who I am. So the artwork may be quite peculiar.

Make sure you check out the official music video for Lots Holloway’s debut single, ‘World’s On Fire’ below!