Interview: Kids In Glass Houses- “Writing a song is an amazing feeling and if that song translates to people then that’s amazing” 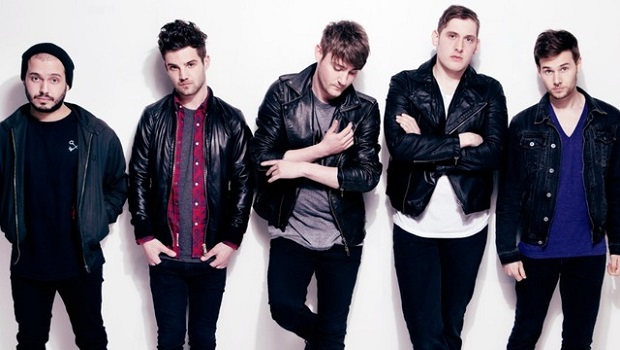 Following a number of diversions in their sound, and the release of their highly aniticipated album ‘Peace’, Kids In Glass Houses arrived back in Ireland, after a long wait, to play Dublin and Cork.

Energetic frontman, Aled Phillips, took a few minutes out to chat to us before taking to the stage in Academy 2, Dublin…

Hey Aled, how are you?

You’re about to play in Academy 2, and it’s your first Irish show for quite a while- how are you feeling?

Yeah, can’t wait! We’ve all been buzzing for it for the last two weeks since we left so yeah, really excited to be back!

How has the rest of the tour been?

It’s been amazing! Like you said, we haven’t played properly for like, two years so it took a few shows to get back into the swing of it but its been awesome- so good to be back.

The new album, ‘Peace’, has been picked up pretty well so far and received fantastic reviews- I know we gave it 4/5. How does that feel coming from a “comeback” album, in a way?

Yeah, that’s always nice. We don’t really look too much into reviews but it is nice when people say positive things about the album. I think the most nerve wrecking thing for us was that we changed our sound for about the millionth time! But I think people got what we were aiming for with the album and that’s all we could hope for really.

The change of sound that is evident in the album- was that a natural progression or was it an intentional move?

I think it was natural. When we did ‘In Gold Blood’ it was obviously quite a departure from what we had done previously, just ’cause I think we hit a wall with what we were doing and we got a bit bored and wanted to try something different. And I think if we hadn’t done that and changed it up a little, we wouldn’t have been able to make this album play to our strengths and understand what we were good at as a band really.

You also changed record label a while ago. Did that come as a fresh start in a way or did it end up setting you back a bit?

It was a bit of both really. I think we were at a point where we needed a fresh start. We had done three albums with Roadrunner and it just so happened that the label shut down rather than us leaving or anything, which was a shame ’cause we’d built up a relationship with everyone. I think after ‘In Gold Blood’ we were all a bit burnt out and didn’t really know what to do.

So I think it ended up being a bit if a blessing in disguise. We got a fresh start, and with the new label, they just kind of let us get on with it rather than poking their noses in and telling us what to do so that just made everything a lot easier for us.

In terms of the set list for tonight, and the previous dates of the tour- has the plan been to stick to mainly new material, or to go back to your roots a little and playing some oldies?

We’re doing like, 5 new songs and then about 4 or 5 songs off other albums as well ’cause there’s nothing really worse than going to watch a band on their new album and then just being like “I don’t know these songs!” and they’re just very self-indulgent. We’ve done that in the past and it just hadn’t worked! [Will there be any ‘Smart Casual’ gems thrown in?] Yeah, we’re playing basically whatever has come out as a single more or less, but also some developing tracks as well so, a good spread.

So obviously, being from Cardiff, what’s the music scene like over there at the moment? Any up and coming bands that we should be taking an interest in?!

It’s quite quiet in comparison to previous years. Every time we speak to people, it’s always like “Aw the Welsh scene is really vibrant”, and at the time when we came out it was really vibrant, like when Lostprophets started and Funeral For A Friend came through, and I guess The Blackout as well and there was a real bunch of bands happening at that time.

But it did die down, especially our kind of genre. I mean, we’re not heavy, but it was heavier than a lot of the stuff that was from there. But there’s a lot of Indie bands doing well now. Cat Ribbons do well, but I don’t really know- I don’t get to gigs as often as I would like so I couldn’t really tell you. Straight Lines are still a band that we really back who haven’t managed to do very much yet, but it’s kind of in a bit of a quiet state I would say which is a shame.

Out of the many aspects of being a musician and being in a band- from the writing, to recording and touring- what would be your favourite?

Probably touring. It’s really fun like the writing is a different part of it and the creative process is really cool, but ultimately I think writing songs it just a means for us to go on tour! Because that’s why we really fell in love with being in a band in the first place- we wanted to perform to people. We just get way more of a buzz from performing. Writing a song is an amazing feeling, and if that song translates to people then that’s amazing, but we only really get it to pay off when we play our live shows. And also, we’re in Dublin which is cool, we get to see the world and that’s definitely the best part.

Sweet! Thank you very much for that interview, and best of luck tonight and in Cork tomorrow.

Thank you so much!