Interview: Hermitage Green – “We’ve been really lucky to travel the world for a band at our level” 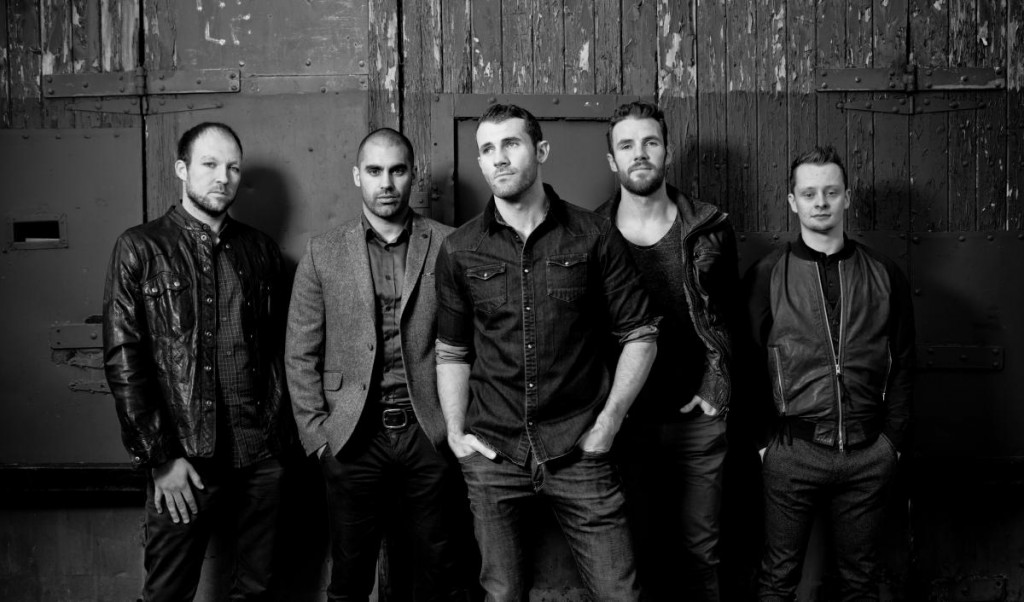 Rising stars Hermitage Green have kicked off their Irish tour and look forward to a number of dates around the country, including two nights at Dublin’s Button Factory with the Trinity Ensemble.

We were lucky enough to chat with Dan Murphy, Hermitage Green’s guitarist and vocalist, regarding the band and how they feel approaching the remainder of their tour.

You’ve announced a pretty big Irish tour with dates around the country, are you excited for that?

Yes, we are! We’ve taken the last few months off to write and demo some songs for our debut studio album which will hopefully be out around mid-2015. We’ve been off the road for a while, so it’s always exciting to get back out, and playing to home crowds is pretty cool too!

You’re playing two dates at the Button Factory at the end of this month. How does it feel to receive such great support considering you started out as a casual jamming group?

It feels great! The Button Factory is gonna be two good nights – we’ve got the Trinity Ensemble joining us. They’re basically the Trinity orchestra, but we can’t call them that for some silly political reasons! “Members of the Trinity orchestra”… I think we’ll get away with that! They’re joining us for a couple of songs on the night and they’re supporting us. Dublin is one of our places to play, it’s always just a really good buzz and it’s around Christmas as well so people will be in good form!

Absolutely, yeah! You’ve supported the likes of Mumford & Sons and The Pogues, would you say you’ve learned  a lot from the support slots you’ve done? How important have they been in shaping your live performances?

With The Pogues in particular, like, they’re guys that have been doing this for 30 odd years and they still put their heart and soul into every show. It was a really good thing for us to see – that kind of energy. You realize how important it is to invest every bit of yourself into every gig. We’ve definitely seen that you get a lot more out of it, you get a lot more back from the crowd when you put yourself out there a little bit.

You’ve played a lot of festivals, and obviously you need a real live energy when you go out on a festival stage, which you guys do have, did it take a while to adjust to the whole festival atmosphere and expectations? Or would you say your live presence pretty energetic?

Jesus, I’d like to see anyone get up on a stage at a place like Electric Picnic and not get, kind of, caught up in the energy and the whole buzz of the place. What I’m trying to say is, it’s almost hard not to be energetic and to just get into it when you’re at a place like that. But I suppose we’ve always been like that, kind of lively, even when we’d play at bars and stuff we were always quite energetic and we just carried that up with us.

What has been a personal highlight for you out of everything you’ve done as a band to date?

I suppose we’ve been really lucky to travel the world for a band at our level, you know, we’re not superstars by any means! We’ve been quite lucky, for our status, to do a helluva lot of travelling. We’ve been to Australia, we’ve been to South Africa, all over Europe, the US, Canada.. There’s something kind of special about being able to travel the world and play music and, I suppose, bridge the gap between other cultures with your music. It’s always a great feeling to go to a place like Czech Republic, for example, and in some instances you’re the first reference point that those people have to an Irish band and what an Irish band sounds like live. That’s a pretty cool experience!

I’d say so! What’s next for you guys after this tour? Are there any releases planned? I think you mentioned it before!

Yeah! We’re writing and demoing for our debut studio album, which we’ve not put a date on. We’re not putting pressure on ourselves to release anything but I’d like to say there’ll be something out.. I think  a single, something that’d be a precursor to it, maybe out in the summer – mid-2015. Everything we’ve been doing in the last 3 years has just built up to that. We’ve written over 40 songs at this stage, but we’re being pretty hard on ourselves in just honing our sound. It’s not just about the songs being good enough, it’s about what we want to be. We’ve got a lot of different influences within the band, within the five of us, so it’s taken this long to really hone it down to a blueprint of what we want it to sound like. As I said, we’re not putting a date on it, but I’d be hoping mid-2015.

Make sure you catch Hermitage Green before the end of their tour! Check out the dates on their Official Facebook page.