Interview: Hannah Grace – “I was just really lucky to have such a great experience for my first release” 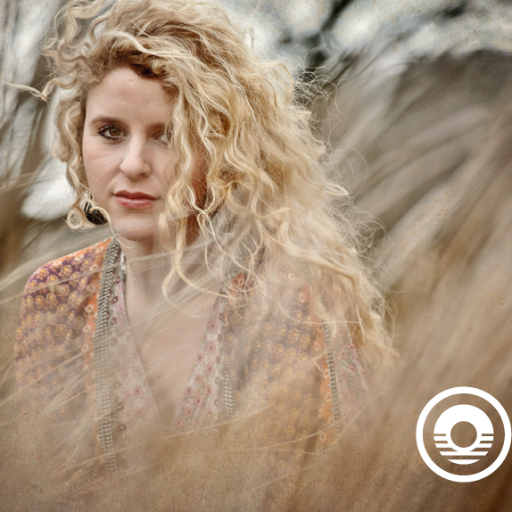 Having recently been chosen as one of the 12 BBC Horizon acts for 2015 as well as being announced for Barn on the Farm, the follow-up year to her debut EP ‘Meant To Be Kind’ is looking promising for Welsh artist Hannah Grace.

We caught up with Hannah for a chat in Doyle’s just before she took to the iconic Ruby Sessions stage in Dublin.

You’re here in Dublin to play Ruby Sessions tonight, are you looking forward to that?

Yeah, really really excited! I know lots of people who’ve played it before so it’s always been something I’ve wanted to do.

You’ve not played it yourself before no? Have you played Dublin many times?

No I haven’t played this, but yeah I supported Orla Gartland and I supported Gabrielle Aplin in The Academy as well as playing the Mo Hat Mo Gheansai & friends show every year. I love playing in Dublin!

How do you tend to go about planning a set for gigs that aren’t headliners?

I guess part of it is just trying new songs and then just doing a few that I’ve always enjoyed playing live and usually get a good response to. So you know there’s something that should go well but It’s still a good opportunity to experiment with new songs to see what works.

You supported Hozier on a couple of his European dates; how did they go for you? Did you learn much from him in terms of live performance or were they good for developing your own style in any way?

Yeah that was amazing! They were both really really different. I did two – Glasgow and Berlin – and they were both totally different shows and completely different audiences, but so so great – both of them. Hozier’s just so good, he’s amazing to watch live and his band are incredible so that was really inspiring – it made me want to get a band! I have listened to his album so much, his music really influences my own writing so it was definitely an important experience seeing him live!

So you were very recently listed as one of the twelve acts for Horizons 2015. Tell us a bit about that and what it could mean for you going forward.

Yeah I’m delighted! It’s a project that BBC Wales run – twelve different acts get selected. They give you a platform to perform at various festivals through the summer as well as supporting you on radio, you get a Maida Vale session and lots of great opportunity’s to share your music with more people. They basically help you and push you in the right direction. I’m already getting to know the other 12 and there’s some really great artists and bands it’s sort of a big community feel, you get to know each other and help each other out which is really lovely!

In terms of the Welsh music scene itself, is there anyone you would have looked up to or been inspired by starting off?

Well there’s so many great Welsh singers who have done really well. Someone I really like is Duffy; she’s really soulful and I really like her music. Wales is a small place, but we like our music there – Cardiff is great for live music from folk gigs and open mic nights and live jazz – I go to at least one gig every week. It’s definitely a small community feel, everyone helps each other out, and the group of Horizons last year have really started to do exciting things, I really like Kizzy Crawford who was on the project last year –and The People the poet are really cool and they just played South by Southwest – It’s great to see Welsh acts doing well!

You released ‘Meant To Be Kind’, your debut EP on Gabrielle Aplin’s Never Fade Records. What was it like being part of that label, working with Gabrielle, and just the whole process of your debut release?

It was just like making it with friends really! I had so much freedom in terms of how I wanted the songs to sound and what I wanted the artwork to be like and videos and stuff, I was just really supported in what I wanted to do which was really great. I got to work with some really great people, in production and all the musicians who played on the EP and in some of the live sessions, which really helped. I was just really lucky to have such a great experience for my first release.

As your first release, is there anything you’ve taken from it that you would either change or maintain on future releases looking back?

Well I’m still really proud of it, there’s nothing I really regret. But maybe in future I would tell myself to just go for what I really like and not hold back really. I pretty much did that but I think as I go forward I’m learning what I like more and more.

Looking at the next year or so, what are your rough plans?

I’ve already got some festivals coming up with Horizons so I’m really looking forward to that – I just want to play live as much as possible. I’m also working on my second EP which is actually nearly done in terms of songs and music but there’s all sorts of other stuff I need to do, but yeah I’m working really hard on that and hopefully by the end of the summer that will begin to materialise a bit more. It will be busy, and of course I’m still in college as well so it’s just juggling everything really!

Thank you very much for chatting to us Hannah.

Thank you for having me!

We also caught up with Hannah for a Playedbare Session. Check that out below: