Interview: Dermot Kennedy – “When I listen to a song I like to see images in my head that make a story” 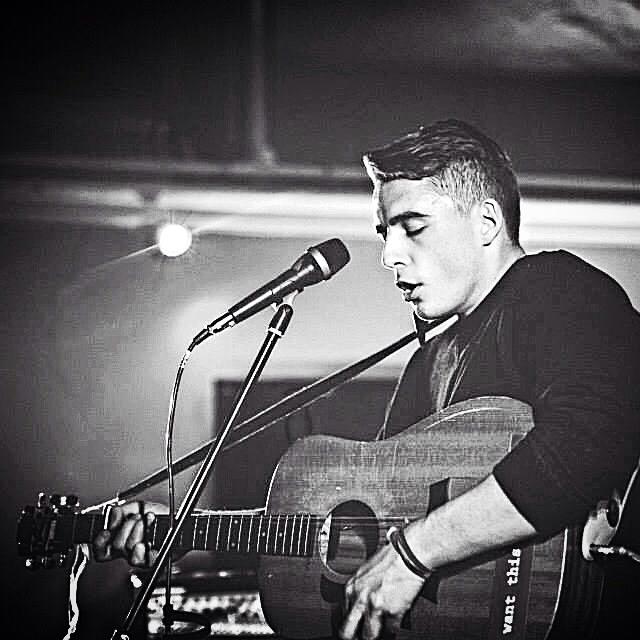 Having established himself on the streets of Dublin, busking to large crowds, Dermot Kennedy is now set to play a headline show in Workman’s Club on April 23rd.

We caught up with Dermot to chat about the gig, his future plans, and a very special night in Switzerland…

You’re playing a headline show in The Workman’s Club very soon – are you looking forward to that?

Yeah, I can’t wait! I played the Unitarian back around Christmas and that was a really good gig, and yeah Workman’s is a really great place for gigging so it should be really good.

What can people expect from your set – all originals or a mix of originals and covers, how do you think you’ll lay it out?

Well I have enough to do all covers but I think people might want to hear a few covers. I won’t do poppy stuff or anything but maybe a Frank Ocean cover or something like that. It’s better than just hitting people with your own music that they’ve never heard before all the time.

Having started out as an artist renowned for busking, do you think that’s helped with the performance side of music for you?

Yeah definitely, I think it’s a great way to be comfortable in front of people and a great way to build your confidence in terms of playing. Because when you set up on Grafton Street, there’s no guarantee that people are gonna stop, so getting them to stop and listen is a good way of building up performance confidence.

So last year you were invited as a special guest for Glen Hansard – would Glen be an inspiration or influence to you in music or what was that like as an experience?

For yourself as a songwriter, how do you go about the songwriting process? Is it all very autobiographical lyrically?

It changes a bit I think but yeah for the most part I think if you want to write songs that come across as honest and genuine and have a real passion when you’re playing them live, then yeah it helps to write about things that you’re actually going through. But then like two or three times I’ve written songs about things that are purely fictional because when I listen to a song I like to see images in my head that make a story, so it starts and ends as the lyrics are being played out. So that’s a bit away from autobiographical stuff, but for the most part yeah I think I write quite personally.

Does it tend to be lyrics first or music, or does it vary from song to song?

It tends to vary but I definitely think I need to sort that out! Because it always works a lot better when you can write music first. I think once you can get the music done, it’s a lot easier to put lyrics to it, and a lot easier to get the lyrics right.

So we spoke about the Glen Hansard support, and the gig coming up in Workman’s and all of that, but for you what’s been the most exciting moment in this journey?

Well I was in a band up until last Summer but in terms of doing solo stuff again I would say a gig I did in Switzerland, because when I played with Glen in Vicar Street I met this guy called René Reusser who made Glen Hansard’s guitar. And so, he puts on gigs over in Switzerland in his workshop and he asked if I wanted to go and play. That was just on March 19th, so I got to stay a few days over there in his house and played a gig to about 30 people. That was really special.

How did you find the reaction of the audience over there, obviously with it being a new and unfamiliar thing?

It was great yeah. René’s favourite type of music is Glen Hansard and other singer/songwriter stuff so the room where the gig was on was very suited to that and the audience were great, they didn’t speak from the beginning of the gig to the end, they were just really respectful and attentive. And actually I was talking to René the next day and he was saying, although his English is very good, he never listens to the lyrics in songs, it’s always the melody and the feeling he gets from it. So I was thinking that’s a really interesting way to be playing a gig because they’re all paying attention to the music and the energy when you’re playing so that’s really cool. But they were just a really good audience, and it was great because if I was to go and book shows in Europe off my own back, I’d have a tough time getting people to go, and his job isn’t even to put on gigs, it’s to make guitars but he just likes doing these really good things. So the crowds know what to expect from what he does.

Following this gig in Workman’s, what have you got planned for 2015?

Well if all goes well in Workman’s I’ll be looking to play a few festivals over the Summer, and then I guess the next thing for me is to release an official thing, because when I go busking I have a CD to sell but it’s home recorded, and that’s fine but I guess the next stop for me is to record something official like an EP or an album. So hopefully I can work towards that after Workman’s, yeah.

Yeah, a release is that first big step as an artist isn’t it? Something you need to build up to.

Yeah, that’s the thing. Like, when I’m busking and stuff, the first thing people want to know is where they can get the music. So yeah, it’s the next thing I want to do.

Cool, best of luck with it all Dermot, and thanks for the interview. Hopefully see you in Workman’s.

Not at all, thank you!