Interview: David Gray – “Emotion is like a natural language” 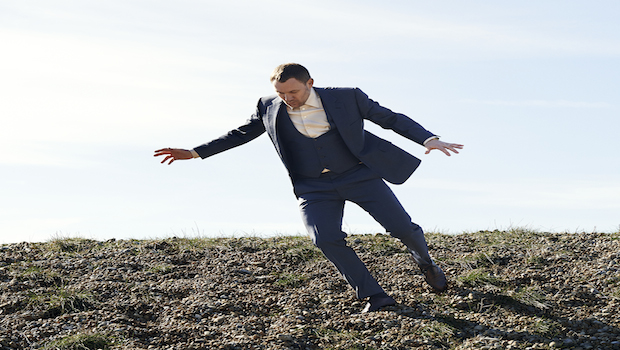 With an illustrious career to his name that already spans over 2 decades, we sat down with singer/songwriter David Gray to talk about his new album, the success ‘White Ladder’ is still having and how he gets so much emotion into his music.

With his latest, and lead single off his forthcoming new album ‘Mutineers’, ‘Back in the World’ already seeming a huge success, we discussed the refreshing summer feel of the track..

New single ‘Back in the World’ has a refreshing synth/summer feel about it, does that run through the whole of your forthcoming album?

I haven’t used that sort of effect for a long time but me and the producer Andy Barlow wanted to do something different, something that I haven’t done before. Andy really pushed me and he was really driven to create something new, that sounds different and its worked really well.

I wasn’t sure about the idea, but it works really well.

The forthcoming album ‘Mutineers’ was produced by Andy Barlow, who has an electronic background and was in the group Lamb, how did that come about?

It was a long shot to be fair, there was a lot of false starts on the album and speaking to my management we wanted a proper producer as such, we sent emails to a fair few producers and it turned out my manager bumped into Andy in the street and he ended up inviting me to his studio and to go down there to discuss music, and we said lets make some music together.

It felt like he had the keys to the new sound.

Was the album process any different when working with Andy Barlow?

It was very different, but in a good way; it was something new. Andy really pushed me out of my comfort zone, I really wasn’t comfortable and I am a force to be wreckened with in the studio but he wouldn’t be pushed around in there and he really made me open up and it brought a lot of trust after a bit of time.

His work is slow going but it works, pushing me out of my comfort zone strengthened the songs, I went in there with 40 or so written songs but he would rather work with songs that weren’t finished or songs that I had only recently started; we weren’t chasing a demo as such, it was all fresh which was a new way of creating a song for me, it was like a sense of freedom; it was certainly a smart move.

Being the brother in-law of Orbital, did their music have any influence on the new album with working with more of an electronic based producer?

I wouldn’t say so, ‘White Ladder’ was certainly influenced by their music though; back in the day when i used to go to Orbital gigs all the time, id see something new they would create and Id think, how could I have something like that in my music?

With your first album released over 20 years ago, then with the success ‘White Ladder’ had in 1998, do you feel any added pressure to keep delivering albums of that stature?

Definitely internal pressure, but I think that’s quite natural; I want to create something new every time so the intensity is quite high, you want to keep people interested so I think it’s important to have internal pressure.

‘White Ladder’ is still the best selling album in Irish chart history, what is it like to have such an acolade?

Its still huge to digest, its just something you can’t really explain. You just wanna scream ‘AMAZING’.

A lot of your music is written on emotion, how do you put your emotion onto paper when writing music?

It comes very natural, emotion is like a language. If you open up and let your emotions out, I find its just a natural process.

Finally, as one of the greatest singer/songwriters worldwide, you’re an influence to many, what advice would you give to young aspiring musicians?

Well as im sure you know, the music business is a nightmare, but if your serious then you need to give it your all, listen to your heart and see where it takes you.

Always use what is close to your heart and play whenever and wherever you can, there is no substitute to doing that and you only progress and get better through playing all the time.

If your serious, then work hard and see where it can take you.

Listen to David Gray’s latest single ‘Back in the World’ below, new album ‘Mutineers’ is released on June 30: