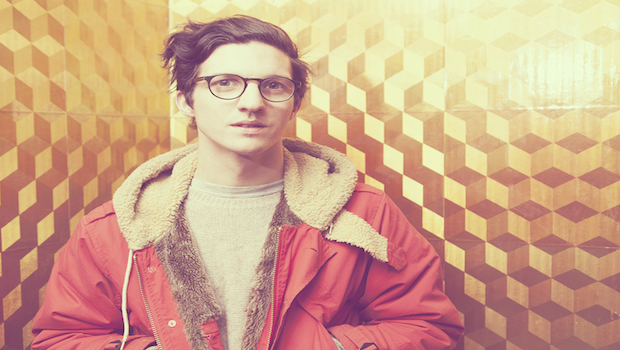 Following an incredible response to his anticipated début album ‘Sweet Disarray’, Dan Croll took the main stage place just before headliner Chloe Howl at Barn on the Farm this year.

We caught up with Dan a little bit before his set to chat about the album, Barn on the Farm itself, and what’s next on the horizon in his career…

You’re set to play the Main Stage at Barn on the Farm later – are you excited for that?

Yes, I am excited! I’ve just seen a couple of acts and it’s a really cool stage. The festival is nice and small and compact.

Who have you seen so far?

We saw Amber Run, they were really good. And we saw Layla, she was good. And I’m sure we’ll stick around to see everyone else.

You released your début album ‘Sweet Disarray’ earlier in the year. It was such an anticipated album, how did you find the reaction to it?

The reaction was good, really good. I never thought I’d get into the charts, so that was a big thing. I was really happy with it to be honest. I didn’t have any expectations in a way which is how I like to play things, I don’t run away with thoughts and aims and everything, just take everything as it comes. So I was really happy with the response and the gigs after the release have jumped even more in attendance, and just the vibe has been amazing.

Have you noticed a growth or development in your live presence since the release?

Yeah, massively. Especially with a lot of exposure in TV and games and stuff, it’s massively grown.

What was the writing process behind the album, how did it all come together?

Well the album was based on four years really. You’ve got your whole life to make your first album. So it was just a long process really, I never thought I was making an album, it was just all in my own time, writing however I wanted to write, every song was a bit different, and then it came to the point where I realised I could put out an album. So I just picked what songs I wanted.

That whole relaxed journey towards it probably helped with how well it came out in terms of having no strict time frame.

Yeah it’s definitely gonna be harder for the second one! I’ll already have to start writing that now, but I enjoyed the ultimate relaxation of that and I’m very proud of it.

With the tour that followed it, is there any venue you played that stands out?

Well we just did a UK and American leg straight after the release and the whole thing was non-stop, every gig went so smoothly. It was really well drilled. I’ve been touring for years with different bands and stuff but there’s just a professional leap, once you release an album, obviously you still have a lot of fun but it goes from just turning up and chucking your guitars in, to very well drilled and checked and sounding good and confident and then going out and putting on a proper show. So for the first time I felt like a proper musician in a way.

Obviously ‘Home‘ was a massive favourite from the album, but for you, was there a song that was most fun to work on?

The one that was most fun to work on was ‘Can You Hear Me’. I’ve got a lot of love for like, De La Soul and a lot of old rap groups and old hip hop, so that was a chance to kind of go down that alley really, and play around with that. So yeah, I like that one.

Looking into the near future, have you any rough plans to follow up on the first album?

Yeah, there’s a deluxe version of the album that’s coming out really soon. So that just has a few more collaborations. There’s one with Ladysmith Black Mambazo, one with some DJs and all sorts, so there’s a mix of stuff on there. And then, this is the most relaxing time of year ’cause you’re away all weekend every weekend for festivals but you get the weekdays free, so I’ve just been writing really and I suppose I’ve already got my sights set on a second album.

Speaking of festivals, what else have you got lined up for the Summer other than Barn on the Farm?

Well we just got back from the States and Canada, we did some festivals over there. We played Friday at Blissfields, played in Coventry last night, here today and then the rest of the festivals are ones like T In The Park, Truck Festival, Boardmasters, V Festival, loads of European ones. And that’s it really, just loads of festivals!

Yeah! Oh and my drummer’s wedding! That’s gonna be a good fun highlight of the Summer!

Thank you so much for that interview Dan.

That’s alright, thank you very much!

VOTE for Barn on the Farm as the Best Independent Festival right here: http://www.diymag.com/AIMawards – We did!