Interview: Casey Black – “Songs are a perfect way of expressing conflict and trouble without perturbing anybody” 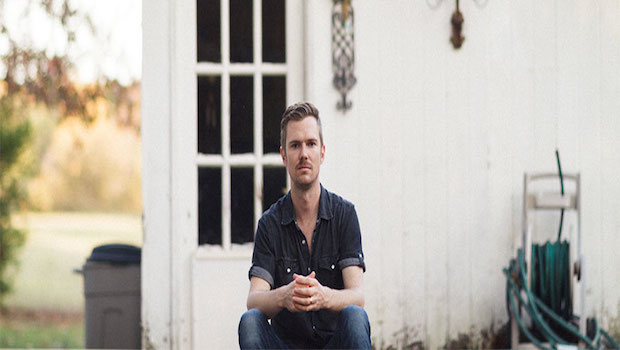 Nashville-native singer/songwriter, Casey Black is set to support Irish artist Mick Flannery on a little Irish tour this week, as well as playing a few of his own headline shows around the country.

You started the art of songwriting at a very young age. Talk to me a bit about that because you must feel you have so much experience in it at this stage?

Yeah, I wrote my first song when I was 12. My dad is a songwriter so that’s probably why I did it – it seemed like the natural thing people do. And then I just kept writing them. I didn’t know how to play guitar or anything so my dad used to write chords for me on index cards and I’d try switch between them. So, my first songs were very simple, like “here’s a chord change for the chorus – surprise!”. Hopefully they became a little more complex after that!

But yeah, after I wrote my first song, it was on. I didn’t have any ambition really. I did think I was cool for writing songs, but I wanted to play baseball. But a few years later was when I started experiencing what would later be diagnosed as clinical depression and the songwriting was becoming an outlet for things. I’m a big people pleaser and I don’t like conflict – well as a kid, now I’m trying to piss off more people! But I didn’t want to stir anything and expressing emotions stir things up so I just didn’t do that in day to day life. Songs are a perfect way of expressing conflict and trouble without perturbing anybody ’cause it’s 3:30 long, it’s got this pretty melody, so there’s nothing wrong!

As you said, your dad was a songwriter. Do you think if that hadn’t been the case, you still would have went into music eventually?

That would be hard to answer. But, I think I might have because there was another experience when I was 13 or 14, sitting in the cafeteria and my friends were talking about this band that they had and I was like “What!? You have a band!?”. And I asked if they needed a singer, even though I’d never really sang. And they said their other singer just quit and I was like “Who are these guys that are in sixth grade and they’ve already had a singer quit!?”. So I went home and learned ‘Enter Sandman’ and ‘Stairway To Heaven’ and sang them and got into the band. So, singing in front of them felt stupid without a guitar or anything so I started putting a guitar on just to feel cool but I didn’t know how to play it! That’s when I started to learn how to play.

So, I think if my dad hadn’t have been a songwriter, he wouldn’t have moved to Nashville, so I never would have met those friends. So actually, the answer to your question is no I would not be a songwriter!

Your most recent record ‘Lay You In The Loam’ came out last Summer. What was the reaction like to that?

It was good enough. We released it on a small independent label and we did a small radio campaign, college stations in the US, and that was about it. And the reaction there was good, but I wasn’t in a position to tour it and they didn’t have the money to release it super widely so we didn’t get a tonne of major press on it, we got very minor press. You know, blogs that misspelled things and get the name of the record wrong and stuff! But the people seemed to like it, and here in Ireland I’ve got a lot of great response on it.

Yeah, ’cause the reason you’re actually here is both to play some gigs supporting Mick Flannery, but also to do some headline shows yourself. How did you come in contact with Mick?

Yeah I have four shows myself. Myself and Mick have a mutual friend, Nial Connolly who’s from Cork but lives in New York, so when I lived in New York I heard Niall playing a show and introduced myself so we became great friends. And eventually I moved to Nashville and Mick was visiting Nashville to play some shows and Niall introduced us, so we hung out. We tried to write a song together but it didn’t go well.

You’ve support him before, right?

Yeah, this is my third tour with him.

Your headline gigs this trip – you’re playing quite cool venues. Like, Whelans is brilliant. Are you expecting a good turnout?

I hope for a big turnout! I’ve played in Dublins three times now so I haven’t been here a tonne but the last time was at Whelans co-headlining with Mick, and the response was very good there so I’m hoping to see all those people again. It was a packed room, but you never know. I might sell the whole joint out. They may have to shut the city down!

So, what’s your rough plans for the next year or so?

After this tour, I’ll go home and write the last quarter of the next record. Hopefully that will be recorded in the late Summer and I hope to get back here sometime before the release of that record. Then come back hard with the new record!

Thanks a million for that interview.

Catch Casey at the following dates: