Interview: Callaghan “I’ve explored more of my sound and my voice than ever before, and delved deeper into my soul through these songs.” 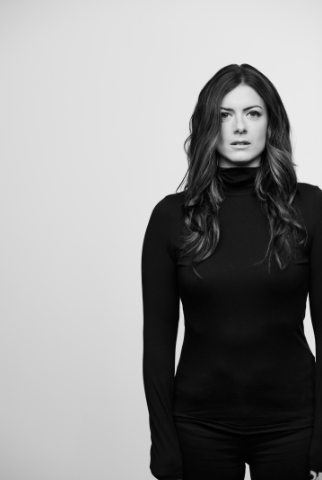 New single Summer Days opens with happy laughter and chattering and the beat kicks in, accompanied with chirpy strings that end an upbeat and chirpy feel to the track. Callaghan’s vocals are soft with a slightly gravelly edge as she sets the summery tone with lyrics such as “worries fading like the breeze” and “streets are full of everyone, underneath the summer sun.” Keys and funky guitars add to the summery vibe and the track ends leaving the listener basking in its warm glow.

Summer Days is a bubbly, upbeat track that’s a perfect soundtrack to this balmy weather. The inspiration for the track came from those carefree summer days as a child: “The single was written with one of my producers, Starr Parodi. We wanted to write a song that was full of happiness and optimism and were reminiscing about the carefree days of summer when you’re a kid and the days seem to go on forever. The song is about being taken back in your mind to that feeling of endless summer, warm nights, sunshine on your face and a complete feeling of bliss.”

Callaghan moved the US and worked on her new album with producers in California. This move and lifestyle change certainly had an impact on her sound as an artist and on the album that was produced. Callaghan notes that “moving to the US has definitely given me a lot of inspiration over the past 8 years that I have put into my songwriting. I’ve been lucky to live in Atlanta, Nashville and now LA, all of which are very different places that have influenced me in their own way.” She also emphasised the importance of getting out and living life and having experiences which provide you with rich writing material. “Living away from home and traveling all across the US has given me lots of highs and lows to draw on. It’s also enabled me to play a whole range of shows from a room of 20 people to an audience of thousands, so I think that has definitely helped me develop as a performer where I feel comfortable in pretty much any situation.”

Callaghan’s experiences of living and writing in the US impact heavily on her new album so fans can expect something quite special from her newest offering. “This album is the culmination of a year of writing and recording in LA. I’ve been able to work with some incredible songwriters and producers and this album contains quite a few firsts for me – recording with a brass section, a 30 piece orchestra, and a gospel choir led by former singer with The Temptations, Louis Price. I named the album “Callaghan” because I felt it reflected me as an artist more than anything I’ve recorded to this point. I’ve explored more of my sound and my voice than ever before, and delved deeper into my soul through these songs.”

Callaghan released her debut album Life in full Colour in 2012 and has performed at country music festival C2C, Secret Garden Party and Cambridge Folk Festival as well as having three singles playlisted on BBC Radio 2. So when asked what experience has been the most exciting for her as a performer so far she had a lot to choose from but singled out her biggest London show to date at Bush Hall. “It was such a special night, performing with my band and the legendary “Whispering” Bob Harris came along to introduce me which was incredible. It’s always amazing getting to play in London since I have so many happy memories from the years I lived there. I think the show on Sunday at British Summer Time Festival in Hyde Park may be the most exciting yet!”

To be performing on the same stage as Paul Simon at BST is incredibly exciting and something Callaghan can’t wait for. “I was so thrilled to get the call inviting me to be part of the festival, and to be on the line up with so many amazing acts. I’m a big fan of Paul Simon and James Taylor so getting to play on the same bill as them and watch them perform is really amazing.” She has a personal connection with London so being given the opportunity to play to a big audience in her home city is pretty amazing. “When I lived in London I used to spend a lot of time cycling in Hyde Park, and going to shows there, so to get the chance to play there myself feels pretty special. I’ll be performing with my full band for the show and playing lots of songs from the new record as well as some from my previous album. It looks like the good weather is going to continue as well so there’s nothing better than getting to play music in the sunshine and soaking up the atmosphere of the festival.”

She goes on to note that nothing can beat playing to a crowd in your home country: “since touring in the US I’ve been to 47 states and driven 300,000 miles all across the country playing more shows than I can remember! I’ve met some amazing people and seen some incredible sights along the way. But performing in your home country is hard to beat. I love coming back and touring in the UK, and traveling to familiar places. Touring in the UK is definitely a bit easier with the distances you travel, plus wherever I go in the UK I can get a great cup of tea and a bar of Cadbury’s. It doesn’t get much more rock and roll than that!”

Looking at how far she’s come, it’s interesting to see what her goals and dreams for her future career are. When it comes to collaborations, Coldplay are at the top of her list: “I’m a big fan of Chris Martin and Coldplay so it would be amazing to do a song with them. I love how high energy their live shows are and how the music constantly evolves from one album to the next. I recently wrote a song in a studio in LA on Chris Martin’s piano so that’s the closest I’ve come to a collaboration so far!” Her dream venue to perform at would be the iconic Royal Albert Hall: “I’ve also got quite a lot of strings on the new album, and two songs feature a 30 piece orchestra. So one day it would be amazing to perform at the Royal Albert Hall with a live orchestra.”

Callaghan’s new single Summer Days is out now and taken from her new album Callaghan, out August 31st. She plays at Barclaycard British Summer Time on Sunday 15th July in Hyde Park.

Have a listen to Summer Days below and find out more about Callaghan here.