Interview: Brawlers – “Small Companies Get What We’re Trying to do Better than the Big Boys” 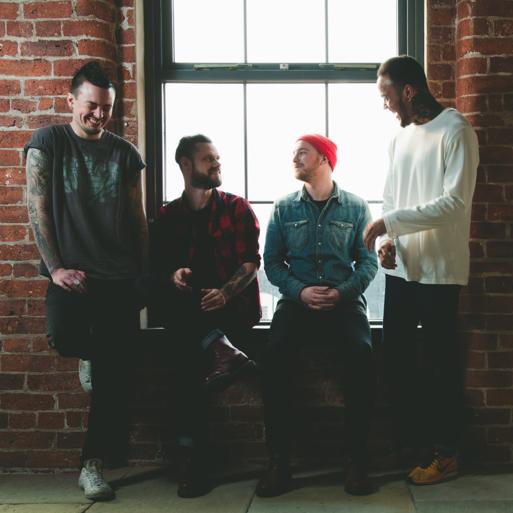 I had a quick chat with Harry from Brawlers ahead of their appearance at Camden Rocks. We chatted DIY ethos, crowd invading, old friends and an alternative to fantasy football.

Are you looking forward to this year’s festival, do you think it will better than lasts?

We are really looking forward to the festival! A bunch of our mates are playing – Martyr Defiled, Max Raptor, Turbowolf – it’s gonna be ace. This year will be better than last purely because we didn’t play last year!

I know it’s a boring question but could you tell us the story behind how your band formed and the name?

Just four friends hanging out, simple really. We’ve known each other for years so it made sense to put something together. As for the name – we needed one and it sounded cool!

Your sets are known for being super energetic, full on crowd invading and pulling kids on stage, is that a conscious thing or is it all spur of the moment?

Absolutely spur of the moment – we’ve played just as many shows and not done all that stuff, you know? But we’ll always play hard, that’s for sure…

Your band has a strong DIY ethos, do you prefer it that way or is it born out of necessity?

We work with small independent companies because they just seem to get what we’re trying to do better than the big boys. We’re a small band right now so we don’t need more from the people we work with at the moment. One day when Sony come calling we’ll cross that bridge when we come to it…

I first came across you Harry, when you played bass for Dinosaur Pile-Up and they’re playing also this year. Do you course more havoc when with old friends?

We’re looking forward to catching up with old friends and causing havoc but that doesn’t have much to do with Dinosaur Pile Up.

Let’s play a game. We are giving you the opportunity to create and manage your own “fantasy football” team made up solely of musicians. Which 11 people would make up your dream team and why?

Oasis, Led Zepelin, MF DOOM and Taylor Swift. Because they all RULE.

Do you still like to break out an EP track during your sets, do those tracks still feel as fresh as the new ones?

Oh yeah totally, the EP is only a year old, not even! so all our songs seem fresh!

Could you recommend and acts, at the festival or not that we should check out?

Richie Ramone is playing! Sick! Definitely checking him out – The Ramones are one of the main reasons we started this band!

Be sure to check out Brawlers at the festival this year or if you can’t,  get your sticky mitts on their album ‘Romantic Errors Of Our Youth’ which is out now.