Influential Artist Of The Week: The Beatles (1) 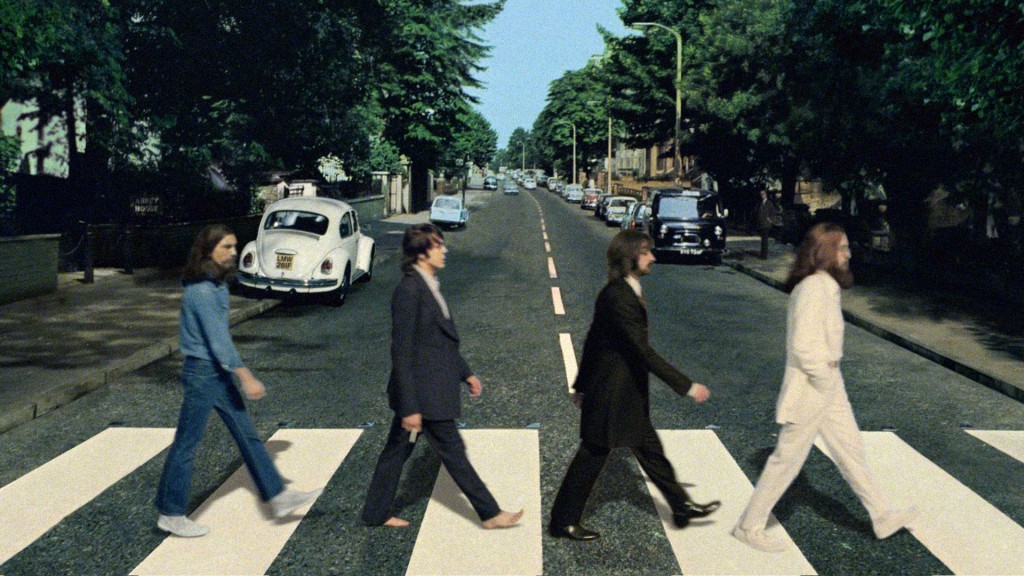 August of 1960 saw Pete Best join the band, who went back to The Beatles, who then set off for Hamburg for the first time, eventful to say the least. With Ringo Starr recording with the band for the first time but also George Harrison being deported for being underage for nightclub work and Paul and Pete thrown into jail.

The first signs of Beatlemania hit when the band arrived back in Liverpool and performed at the Litherland Town Hall. 1961 and 62 saw The Beatles really take shape with Brian Epstein offering to manage the band before Ringo Starr joined the band as the full time drummer in 1962 after Pete Best was sacked. The fab four were now born.

By the 4th September 1962, The Beatles with new drummer Ringo returned to the now hugely famous Abbey Road studios for their first formal recording session together. Beatlemania was really starting to grow and the band released their first single ‘Love Me Do/PS I Love You’ and embarked on their first concert tour around Scotland before their second single ‘Please Please Me/Ask Me Why’ was released in the UK. The band’s rise to fame was growing rapidly which saw eleven of their twelve studio albums hit number one in the UK charts. The band’s fourth single ‘She Loves You’ achieved the quickest sale of any record before that time, selling three-quarters of a million copies in under four weeks, it went on to be the band’s first single to sell over a million copies.

With the fan base growing and growing, crowds of people gathered at airports to welcome their heroes home, touring hard, the band embarked in their fourth tour of the UK inside nine months in 1963, the police were forced to use water hoses to control the adoring crowds, Beatlemania was now in full flow.

The band started to taste real success when their first LP ‘Please Please Me’ held the top spot in the charts for a massive 21 weeks, with the album selling over a million copies, they were branded ‘The Fab Four’.

Flying out to America in the early stages of 1964, they made their first appearance on American TV to approximately 73 million viewers, which at the time was around 34% of America’s population. It was clear by this point The Beatles were the biggest band on the planet, this was just the start.

Mid April 1964, the band had 12 entries in the Billboard Hot 100 singles, including the whole top 5. The Beatles rise to fame was simply astonishing.

The instant rise to ultimate fame took its tole on the band as alcohol and drugs got involved, LSD to be more precise. “Alcohol, drugs and rock and roll” seemed the way forward and 90% of rock bands from the days of The Beatles to the present day tend to follow that very motto.

Classic song after classic song was being wrote and LP’s and EP’s were always being released which took the band to a once world record crowd of over 55,000 people at New York’s Shea Stadium on their third US Tour – perhaps the most famous Beatles gig of all time, only first to the bands first gig at the iconic Cavern Club back home in Liverpool, one of the bands first ever gigs.

October 1965 saw the making of ‘Rubber Soul’, an album the now iconic John Lennon referred to as “the pot album” because of the bands addiction to marijuana. ‘Rubber Soul’ probably brought the best out of Lennon and McCartney’s collaborative song writing with more meaningful lyrics.

A more experimental Beatles went back to the studio as they recorded the iconic ‘Sgt Peppers Lonely Hearts Club Band’, a more experimental sound, more variety in instruments and the album made even more Beatles classics such as the album title track, ‘With A Little Help From My Friends’, ‘Lucy In The Sky’ and ‘Day In The Life’. Sgt Peppers also featured the famous colourful artwork, now standing as one of the most famous and imitated images around the world. The ‘hippie’ style picture of the band in their bright military uniforms will be album artwork that will always pop up in the memory of the words ‘The Beatles’.

Middle of 1967 feels like the start of the downfall of The Beatles when manager Brian Epstein was found dead from a drugs overdose. The band carried on, releasing a further 5 albums, with ‘Let It Be’ being the final album they released which was mostly recorded at Abbey Road studios.

‘The Long And Winding Road’ was the bands final single release, the end of The Beatles was near.

Tensions in the band became to much and the band split. 1970 saw all four members release solo albums, the end of The Beatles was now here.

8th December 1980, the saddest day in The Beatles history and a day the music world will never forget, the sudden death of John Lennon. In honour of Lennon, George Harrison re-wrote the lyrics to his song ‘All Those Years Ago’, with backing vocals from Paul McCartney and Ringo Starr on drums, the song was released as a single in May 1981. Paul McCartney wrote his own song in tribute of his friend John Lennon, ‘Here Today’ featured on Paul’s album ‘Tug Of War’.

2010 saw all The Beatles albums made available on I-Tunes for the first time, the week after the albums were released for download, The Beatles had yet another number one in the charts. It’s clear the legacy they created will live forever.

With Paul McCartney still doing a tour every so often, there is still opportunity to hear the classic Beatles songs played live by one of the members of the band.