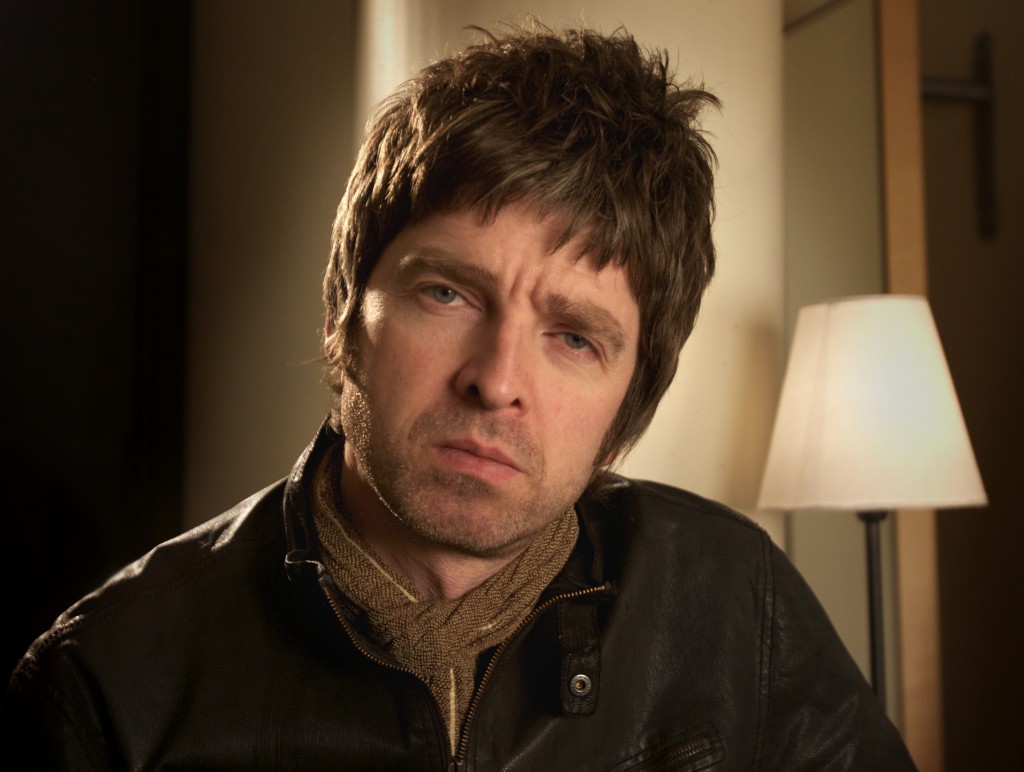 His song writing, lead guitar and sometimes lead vocals made Oasis the biggest band on the planet at one stage and created a legacy he’s now carrying with his High Flying Birds, its safe to say Noel Gallagher is a musical god.

Born in 1967 in Manchester, he had a taste for music from the age of 13 when he picked a guitar up for the first time. By 1988 he was working as a rodie and technician for local band Inspiral Carpets on tour before returning home to join his now equally as famous brother Liam’s band, then called The Rain, as song writer and guitarist. The Rain eventually turned into Oasis.

Oasis’ debut album, 1994 effort ‘Definitely Maybe’ and the follow up, 1995 album ‘(What’s The Story) Morning Glory?’ took the band into incredible fame and spreaheaded the Britpop scene in British music with other bands such as Blur, Supergrass and The Verve feeding off Oasis’ major success and rise to the top.

Influenced by bands such as The Beatles and The Kinks, Oasis were part of the ‘Madchester’ scene which saw bands from Manchester invade British music and make it their own, most of the bands now iconic names in British music history, bands such as The Happy Mondays, The Stone Roses and even Inspiral Carpets of who Noel was once a roadie for.

The turn of the decade saw Oasis fade away and cracks starting to appear in the band. Noel and brother Liam were always grabbing the headlines for the wrong reasons, drugs, too much alcohol and ridiculous amounts of sex being thrown at them, the brothers were always known for having a very turbulent relationship.

Oasis hit back in 2005 with ‘Don’t Believe The Truth’, hitting good heights but certainly nowhere near the heights of the 90’s. 2008 effort ‘Dig Out Your Soul’ proved to be the bands last album as Noel and Liam’s relationship deteriorated by the day to the point of no return. A bust-up prior to a gig in Paris saw Noel quit the band in dramatic fashion.

Noel Gallagher moved into a solo project, ‘Noel Gallagher’s High Flying Birds’, which has not only sent him back to the top of British music but has also cemented his name among the greatest song writers of all time. The High Flying Birds 2011 self titled debut album went straight to number 1 in the album charts and was followed up with numerous sold-out arena tours around the world and second headlining the reformed Stone Roses at not only their comeback hometown gigs but also many festivals.

The music industry would be lost without artists like Noel Gallagher, still the influential figure he always has been, he took youngster Jake Bugg on tour with him across America in 2012. With Noel around, maybe one day we might just find someone as talented and influential as the man himself.