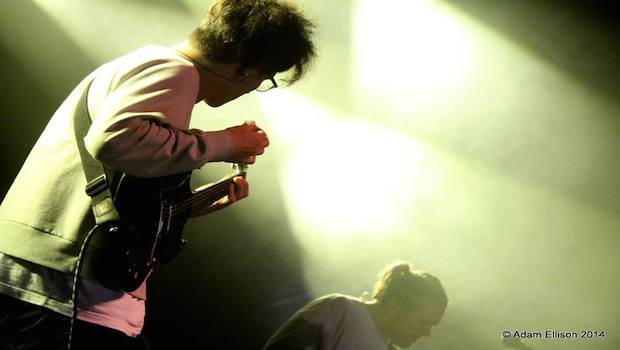 Last weekend, we headed down to Mitchelstown’s Indiependence festival for the second year to catch some of what was a pretty impressive line-up. We thought we’d try re-live it and round up our top highlights from the weekend.

Kerry Alternative Pop stormers, Walking On Cars managed to skip an entire stage in their expected jump from their 2013 Indiependence slot. Upgraded from the Beer Hall to the Main Stage in the space of a year would be a mind blowing transition for anyone else, but for Walking On Cars it’s merely deserved. Attracting a massive crowd to their set, the guys played a set compiled of hits such as ‘Two Stones’ and ‘Catch Me If You Can’ while also including the fresh sounds of their newly released EP ‘Hand In Hand’. Onto big things, Walking On Cars are set to play Electric Picnic later this month as well as their very first London show. We wish them the best of luck!

Bringing it all the way back to the first act we caught over the weekend, Dan Croll. Having already seen him live at Barn on the Farm, we were expecting big things. He didn’t disappoint. His blend of alternative pop comes across so well on the live stage, and his presence and generally friendly nature just makes him a really likeable artist. Performing an array of songs from his début album ‘Sweet Disarray’, Croll had the crowd growing by the minute.

Young Indie rockers hailing from Mullingar, The Academic seem to be racking up quite a following, and when you look at their live performance, it’s no wonder. Bringing a euphoric energy to the stage, the guys attracted more and more people to the Big Top tent as their set progressed. Tracks such as ‘Bear Claws’ and ‘Werewolf’ were stand out tracks amongst the crowd, with ‘Why Can’t We Be Friends’ also oozing quality. The four piece are set to release their début EP real soon – you’ll want to stay tuned!

It seems to be the norm now, Hudson Taylor stealing festivals with their upbeat, totally synced up, energetic performance and their animated discography of tracks. Jumping from a packed out Big Top last year to the main stage this year, the Dublin duo flooded the stage with an even spread of tracks from EPs ‘Battles’, ‘Cinematic Lifestyle’ and ‘Osea’, with some tasters of new tracks we can all hope make an appearance on the forthcoming album, namely ‘Wildfires’ and ‘Just A Thought’. With a slick departure from the crowd on their acclaimed mashup, ‘Lose Yourself Walking On The Flume’ and their anthemic ‘Battles’, it was essentially a perfect main stage Indiependence set.

Hailing from Bray, Co Wicklow, Big September managed to belt out an impressively powerful Indie sound on the main stage this year. We actually caught these guys by accident, and wow are we glad we did! Sparking up a refreshing mood in the main stage tent, a later slot probably would have suited these guys better, but they made do with what they had, with both a crowd in the tent and the more relaxed distance listeners laying just outside. If you haven’t heard these guys yet, it’s time to get on it!

What are your thoughts? Do you agree with us or are you on a totally different wavelength? Let us know – tweet us (@FortitudeMag) or leave a comment below.