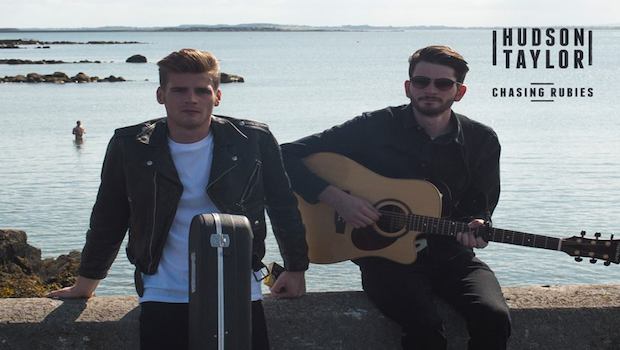 One of the band’s oldest tracks, stemming right back to the early busking days, the release of ‘Chasing Rubies’ as a single has been a long time coming for old fans.

Following on from the release of ‘Battles’, another oldie, the boys have been revamping their very firm roots in preparation for the big début album – pushed out to February 2015 from the previously foreseen September 2014 release.

The brand new uplifting music video for ‘Chasing Rubies’ encapsulates it all – a progressive story element alongside clips and stripped back footage of brothers Harry and Alfie, bringing everything back to the Hudson Taylor roots.

The band have just finished up their massive festival stint this Summer with sets at Reading & Leeds and rounding off at Tønder Festival. They will support Jake Bugg on his UK tour for the second time this October.

‘Chasing Rubies’ is set for release on Polydor Records on October 5th.

Check out the official music video for ‘Chasing Rubies’ below, alongside a Fortitude Playedbare session of the track, filmed earlier this summer.