Hard Rock Calling Back For 2013 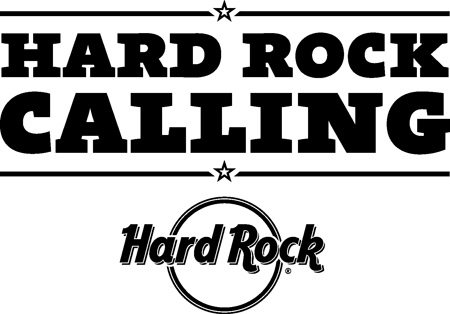 Hard Rock Calling plugs back in for 2013 at its brand new iconic home the Queen Elizabeth Olympic Park, London.

Two of the worlds biggest acts are ready to rock at Hard Rock Calling, Kasabian make their UK festival exclusive headlining Saturday 29th June, while Bruce Springsteen & The E Street Band return to finish what they started on Sunday 30th June. Paul Weller, Miles Kane, Kodaline, The Black Crowes, Alabama Shakes, The Cribs, Klaxons and Tribes are all confirmed in what is set to be one of the biggest Hard Rock Callings to date. Tickets are on sale at 9am Friday 8th March.

Modfather Paul Weller joins Kasabian as a special guest on Saturday 29th June, while US rockers the Black Crowes and Alabama Shakes both join the Sunday 30th June bill. Some of the best of British indie, Miles Kane, Kodaline, The Cribs, Klaxons and Tribes are all confirmed for the Saturday, with many more additions still be announced across the weekend.

“Last year, Bruce Springsteen & The E Street Band made international news and history when their Hard Rock Calling encore with Sir Paul McCartney was unceremoniously cut short due to a noise curfew at Hyde Park. This summer we are giving Bruce and the band the opportunity to finish what they started and make history again with a celebrated performance at Hard Rock Calling”, said CEO of Hard Rock International, Harmish Dodds. “Additionally, we are looking forward to christening Queen Elizabeth Olympic Park with a Saturday line-up of some of Britain’s hottest talent, including headliner Kasabian, Paul Weller, and more”

Many more acts and details still to be unveiled. For further information please visit www.hardrockcalling.co.uk