Fortitude Picks: Acts Not To Be Missed At Indiependence ’14 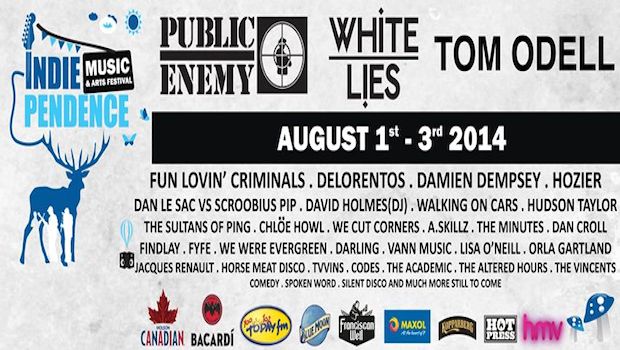 With just a number of days until Indiependence, we’re preparing for killer performances from an array of respected and credible acts, both from Ireland and further afield.

The rapidly up and coming Indie rockers hailing from Mullingar have been racking up an impressive amount of festival appearances this Summer, as well as support slots with the likes of The Pixies and Kodaline. Now set to bring their hard-hitting yet comfortably smooth sailing sound to Indiependence, their following is only set to grow. We strongly advise you get down to see them.

With his anticipated debut album ‘Sweet Disarray’ resulting a massive success, Dan Croll has been seeing a boost in his live turnouts and reception since the release. Having chatted to him at Barn on the Farm, there are plenty more exciting things to come from Croll, and with a stage presence to match his impeccable sound, he’s a definite one to watch as part of a festival schedule.

Dublin bluesy rock duo, We Cut Corners manage to pull off that whole drum and guitar formation incredibly well, making their live performance shine even moreso than on record. Their latest album ‘Think Nothing’, released earlier this year has been growing in popularity alongside their live-induced reputation, and we cannot wait to see how they pull off their set at Indiependence this year.

Although still relatively up and coming, Harry and Alfie Hudson Taylor are most definitely one of the most anticipated acts of the Indie14 line up. Having packed the Big Top stage to the brim last year, it’s great to see them back this year, and more importantly, upgraded to the main stage. In the build up to their debut album, the duo should be belting out some fresh new tracks as well as the fan favourite and familiar material that appears on their four released EPs.

According to the Fortitude radar, Tom Odell is by far the most exciting headliner of the weekend. His blend of Alternative Pop has been massively popular across such a diverse audience, resonating with an impressively wide radius. We are of course expecting a set compiled majorly of his debut album ‘Long Way Down’, but we do hope to get a taster of some new material from Tom too. We’ll keep you posted!

Indiependence begins next Friday August 1st and carries us through the long weekend to August 3rd. Get yourself down to Mitchelstown – grab one of the last tickets right here: http://indiependencefestival.com/tickets/

Check out our acoustic session with We Cut Corners below:

The full Indie14 line up: 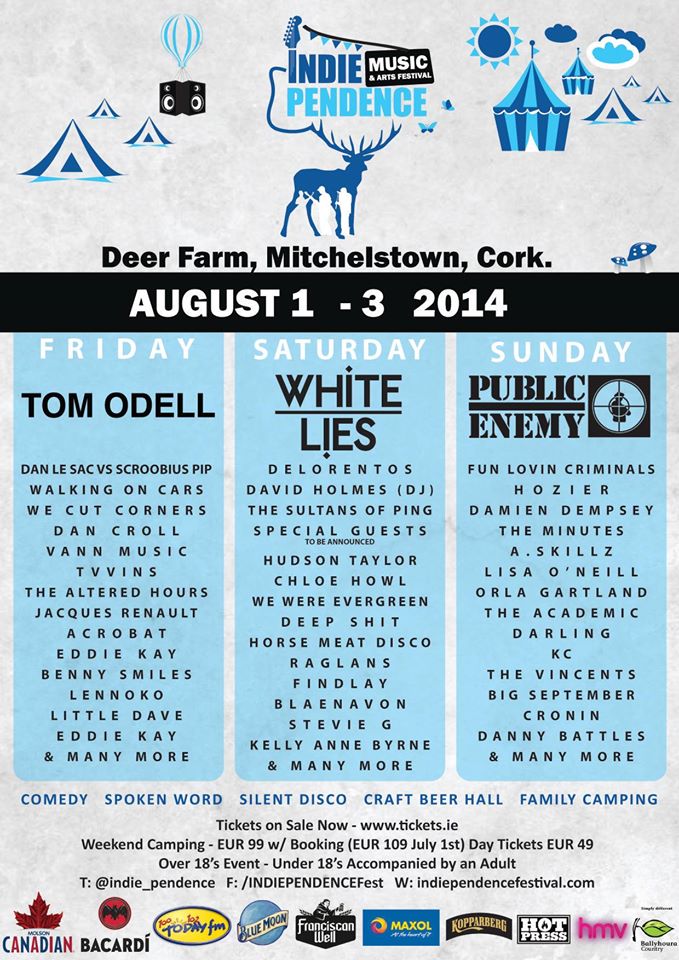