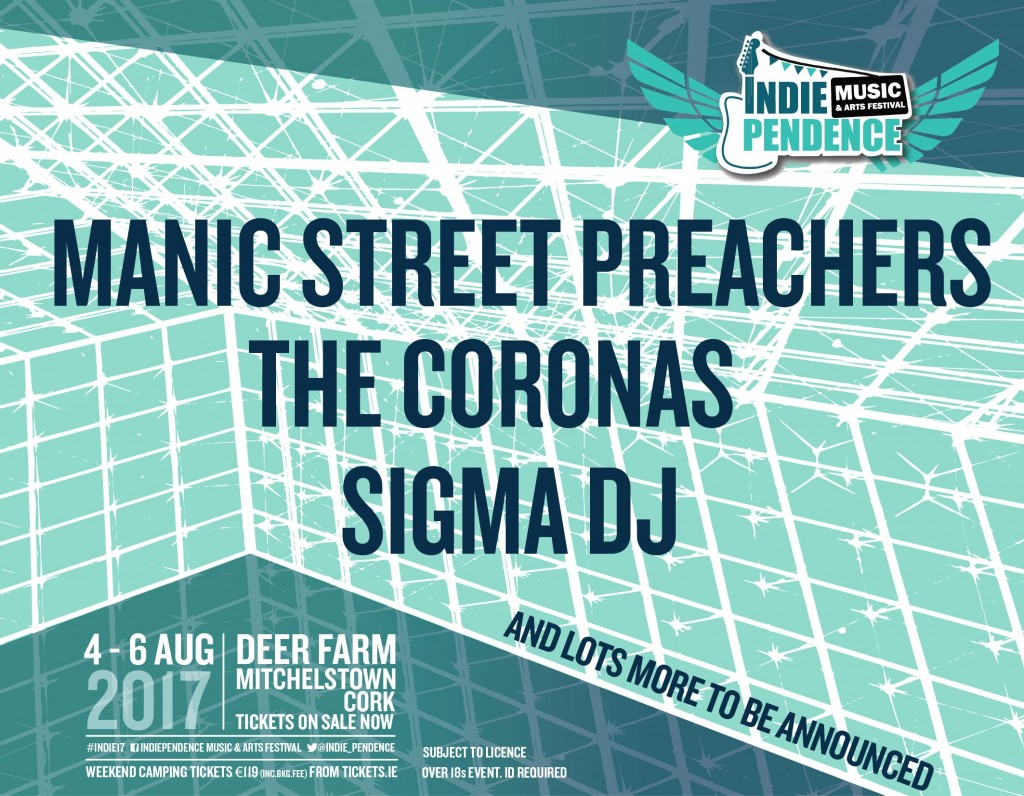 Ireland’s own Indiependence festival is quickly building a name for itself as one of the best annual music festivals in the country, with the lineup seemingly becoming more impressive as the years roll by. With the announcement of the initial host of acts, 2017 looks to improve the name even more!

While they look forward to entering their 12th consecutive year, Indiependence have announced the first three major acts performing at the festival. Attendees can look forward to seeing performances from The Manic Street Preachers, The Coronas and Sigma.

This year will be the first Indiependence appearance  for The Manic Street Preachers, one of the biggest rock bands to come out of Wales in the past four decades. With eleven NME awards, eight Q awards and four BRIT awards, it’s a guarantee that these veterans are going to put on an incredible show.

The Coronas were last seen at Indiependence 2014, when they made a surprise appearance at the Big Top Stage. Their last headline set at the festival, however, was in 2012. With a new album on its way for 2017, next year’s festival appearance is sure to be a fresh one for the beloved band, who are known for their energetic and stellar live performances.

Also announced for the festival is UK drum & bass duo Sigma, who have sold over 3 million singles from their 2015 debut album, Life.

This news comes just in time for Christmas, so make sure you swoop up some tickets before its too late – the early bird tickets were sold out in under 24 hours! You can purchase them at www.tickets.ie and find more information at Indiependence 2017’s official website.