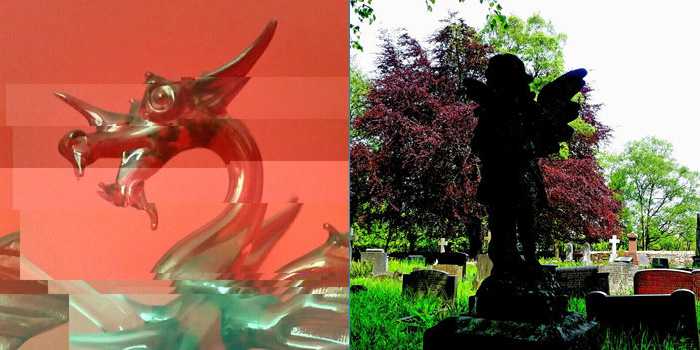 If you have even the most passing interest in ambient music, noise or field recordings, the obtuse and almost playful works presented here should have a strong allure.

Prolific artists are a welcome thing in this day and age. Barely giving the public time to draw breath, Xqui returns with two new releases, entitled Dragon and Nocturne EP. As spellbinding as ever, this enigmatic figure draws on the rich legacy laid down by the likes of Stockhausen, Brian Eno and the musique concrete movement to create truly engaging – though not always comforting – soundscapes.

Of the two, the more recent Nocturne is the more palatable by some distance. Recalling the grainier, more spartan end of Steve Reich’s work, as well as the sky-melting drapery of La Monte Young, the 12-minute opening track, is a piece that feels like you’d break the universe if you stopped it; an elegant, serpentine dream that uncoils perfectly over its duration. Subsequent tracks ‘Cave’ and ‘Guitar’ are pleasingly at odds with one another, the latter being a perfect example of Xqui’s flagrant disregard of the listener’s expectations. Consisting mostly of screaming, it leads with curious appropriateness into the closing 13 minutes of ‘Cavern’, which feels like a continuation of ‘Nocturne’s opening somnambulistic excursion. A perfect record to quiet the mind, even with the track where that woman screams for ages.

Dragon, on the other hand, is significantly more obtuse. More of a sound collage than a conventional release (if such a thing exists in Xqui’s universe), its 16 tracks run the gamut from backwards chorales (‘Mehtna’) to delayed convulsions (‘Bun’) without losing the feeling that you’re being let in on some coded narrative. There’s a real Radiophonic Workshop vibe to this recording and the sense that in stepping away from his more conventional ambience, Xqui is putting forth the notion that his world is one of total musical freedom rather than implied freedom. The pictures and sleeve that accompany the physical release give the distinct impression that there’s an overarching story to these separate recordings; whether that’s something the artist intended or not is hard to say.

If you have even the most passing interest in ambient music, noise or field recordings, the obtuse and almost playful works presented here should have a strong allure. The chances that Xqui will have another release out by the time you read this are quite high, so get on that mailing list and listen!