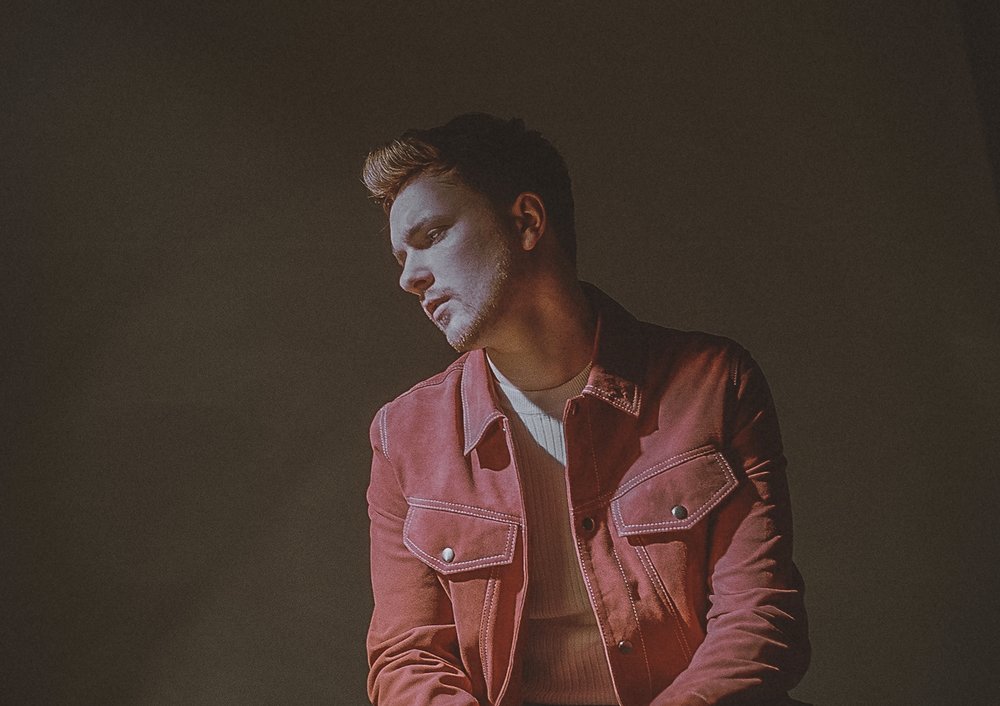 We first stumbled across electro-pop newcomer Nick Wilson when he released his stunning single ‘Get Up’ last year. Well now, he’s back with his mesmerising new EP ‘A Face I’ve Never Seen Before’ and its bloody gorgeous if you ask us.

Opening with the shimmering ‘Let Me Hold You’, the tone for the EP is set immediately. Dreamy electronic soundscapes soar whilst Nick’s powerful delivery has an undeniable ability to send shivers down your spine. The twinkling piano melodies fluttering in the background adding another intricate layer to this powerful opener.

Next is probably the most mainstream/radio ready single on the EP in our opinion. ‘Colour Me In’ showcases Nick’s flawless vocal stylings instantly, reminding us of the likes of Yoke Lore and HONNE. There’s also plenty of soulful elements on this track, not only in Nick tone, but the gentle guitar twangs chiming in in the background give the track more of a sultry, urban edge at times. Lovely stuff.

Following on is probably our least favourite on the EP. Not because it doesn’t go anywhere, but just because its simply not as memorable as the others. Building slowly, ‘Another Little Lie’ feels almost 80s-inspired in parts, with the distinctive synth sounds in the chorus sounding both nostalgic and immersive. Its definitely still an exceptionally produced track and Nick’s heartfelt delivery is prominent as ever, just perhaps not as radio-ready as the others.

Closing on a sombre note, ‘Carry Your Light’ allows us to see another side of Nick Wilson. The ballad showcases the pure emotion that is within Nick and if you don’t end up with a tear in your eye by the end, well, you’re simply made of stone. Soft, sonic soundscapes bellow intricately underneath Nick’s soul-tinged tones, created a truly immersive experience you won’t be able to shake off in a hurry.

Talking about the EP, Nick explains, ““A Face I’ve Never Seen Before is the first EP I’ve released in 4 years. It’s a culmination of writing non-stop and figuring out exactly what type of music I wanted to be making. I wrote all four tracks with Nick Atkinson and Edd Holloway (Lewis Capaldi, Gabrielle Aplin) over the course of 2 years. We never had the intention of releasing these songs as a body of work when we started writing, but once we had all the songs together they just made sense. They all have a central theme – human connection, and the feelings that develop between relationships, but each song explores a different emotion.”

‘A Face I’ve Never Seen Before’ is out now.