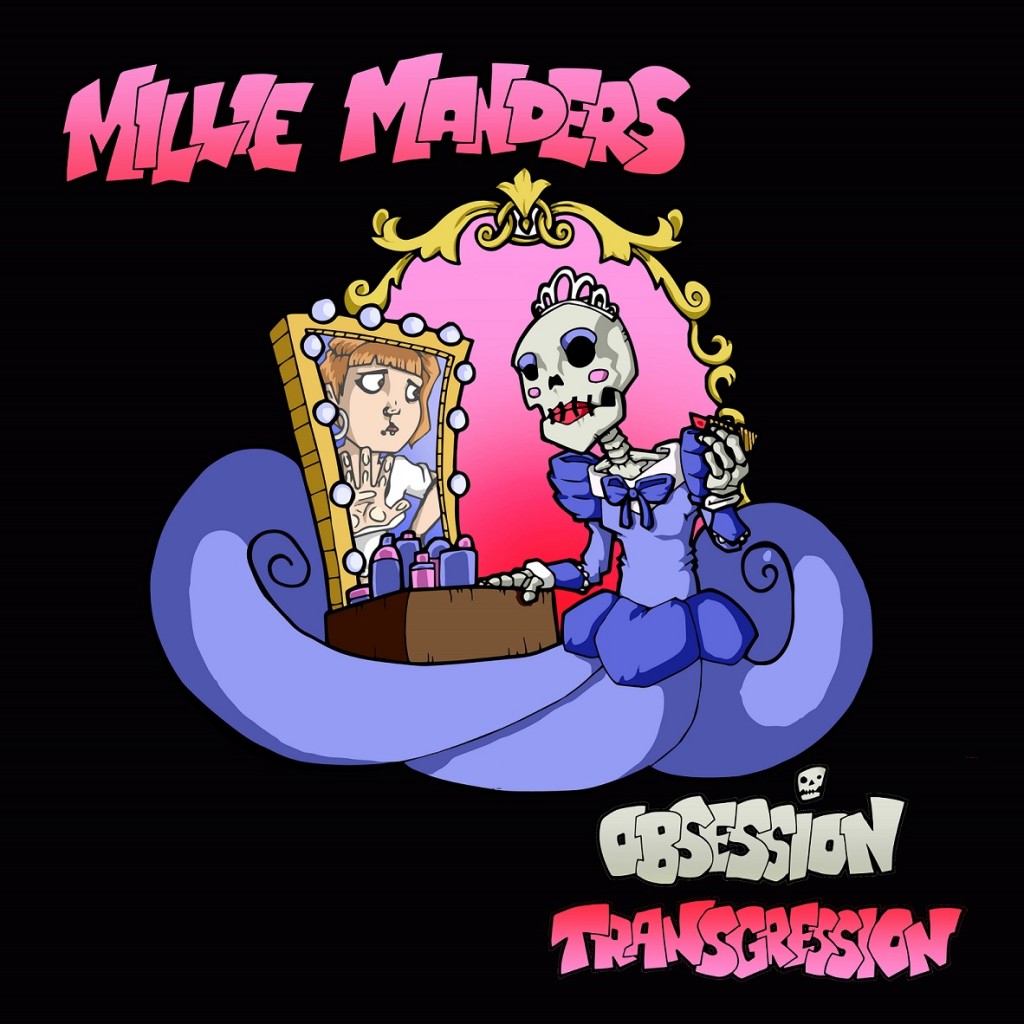 2015 has been a busy year for Millie Manders. With her third EP set for imminent release, the London-based singer and multi-instrumentalist has been touring nationwide whilst steadily building up her fan base, including sets at Tramlines, The Great Escape and The Kaya Weekender. With Obsession Transgression slated for release on 20th November, more than a few of us will be curious to see what fruit will be borne of such a prosperous period.

From the introduction of the eponymous first track, it’s clear that Millie Manders isn’t going to let something as trivial as genre tie her down. ‘Obsession Transgression’ mixes ska rhythms and horn lines with a punk attitude, whilst Manders’ own powerful soul vocals ties it all together with just the right amount of venom. Lyrically, the EP is very much all about the modern social commentary, and topics such as social media celebrity, romantic obsession, addiction and domestic abuse are all contained within its short and sweet runtime. The title track is the former of these: a cautionary tale warning of the futility of devoting one’s life to the pursuit of internet fame.

Stylistically, Obsession Transgression takes a major shift with the next track and latest single, ‘Teddy.’ It’s this contrast that really shows off Manders’ ability as a singer, particularly in her skill at adopting different characters through song in a somewhat theatrical manner. Sung from the viewpoint of an unstable and possessive lover, as ‘Teddy’ progresses Manders transitions from a half-spoken and sultry patter to an increasingly unhinged shriek that perfectly captures the feel of the song. This ability to switch parts from song to song is a great asset to the singer, with each role allowing her to best get her message across in new and exciting ways.

‘Bacchus’ (so named after the Roman god of wine) makes a reappearance having been released as a single back in July, although this time sans the guest appearance of Counting Coins frontman Harry “Coins” Burnby. Now taking a more melodic tone with a slight hint of an ironic slur, ‘Bacchus’ is a number that anyone who has done something regrettable on a night out can relate to, and boasts an infectious rhythm that’s bound to get you moving, soused or not. The EP closes with perhaps Mander’s finest and most passionate vocal performance, ‘Long Gone.’ Juxtaposing laid back, funky guitar lines with some of the most ferocious choruses to feature on the record, the track is a hard-hitting and honest look at the realities of living with a violent partner, and a prime example of how music can tackle major emotional and social issues without sacrificing memorable hooks or catchy melodies.

However, Obsession Transgression is not without its problems. Let’s be clear: it is near impossible to knock the songwriting or the playing on the EP. Each track is a solid, self-supporting tune in its own right, and the playing of the band is accomplished and energetic throughout. The issue here is that with so much work put into the material, it’s disappointing that the production does not support it. It feels almost as if all the effort has gone into making Millie Manders’ voice sound clear as a bell, which definitely works in her favour, but the same cannot be said for other elements of the band. For the most part, the drums sound like someone hitting a bin lid with a whisk, and are almost completely lost in the mix at certain points. The horn section too sounds forcibly restrained, lacking the more typical punch of modern day ska punk, but admittedly fitting in better with final track. However, the vocals, guitar and bass do help balance this out, so it’s more of a shame than a deal breaker.

“Each track is a solid, self-supporting tune in its own right, and the playing of the band is accomplished and energetic throughout. The issue here is that with so much work put into the material, it’s disappointing that the production does not support it”

Issues with production aside, it is needless to say that Obsession Transgression is a relentlessly exciting record. High-octane, fierce, bursting with attitude and almost obnoxiously addictive, Millie Manders keeps it all interesting by constantly shifting styles, viewpoints and topics. The amount of ground covered over just four tracks is staggering, and a true credit to songwriting prowess of the artist. With tour dates rapidly stacking up into the new year in support of the EP, Millie Manders will definitely be one to look out for in 2016.