EP Review: As We Leave – Everything To A Point 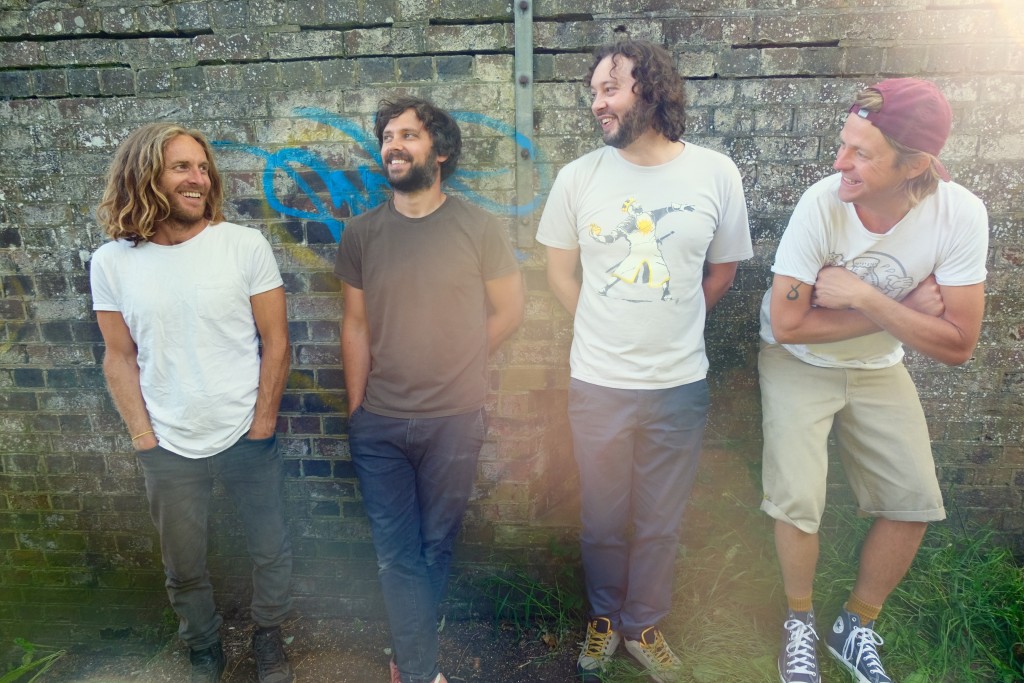 Psych-pop fourpiece As We Leave have released their debut EP Everything To A Point.

The EP opens with leading single Hope That Kills, featuring a beautiful acoustic guitar intro opener before lead singer Caine’s atmospheric vocals swoop in. I detect a touch of Americana as an influence in the track as the acoustic element gives way to reverberating guitars and a soft, folky sound. The vocal is gentle and adds a slight melancholy air with lyrics such as “dry-throated panic, can’t speak so well. Let down, deluded, home where you fell.” Caine said of the track: “This is a reflection on hope, disillusion and the contradictions and beauty of nostalgia. When expectation and promises aren’t met, pouring your faith into something can lead to inevitable disappointment.”

Dreamland is a much more psychedelic affair right from the off with an intro of electronic pulses coupled with a deep beat and the guitars taking a backseat. Caine’s vocal further paints the dreamlike soundscape with lyrics such as “sail off, off into dreamland, wake up somewhere new.” The synthesisers and harmonies comprise the heart of Dreamland, creating a psychedelic whirlwind that ebbs and flows as the track progresses. I can draw a comparison to Temples with the retro flourishes and synth-heavy focus.

The pace is taken down a notch with third track Counterpoint which brings goosebump-inducing guitar solos. The track holds a retro flair with the hand-held percussion and vibey keys, lending a nostalgic air to proceedings.

Stories We Tell bursts into life with heady guitar plucks accompanying Caine’s storytelling verses, relaying happy tales of times past in lyrics such as “summers spent walking in fresh, sun kissed meadows. Fire nights sipping wine, indulging delights.” There’s a beautiful narrative to the track that can’t help but make the listener feel nostalgic for their own carefree summers. The chorus of “you told the biggest of tales, no one is perfect, aren’t we all human” reminds us that our lives may not always be the way we want but being perfectly imperfect is fine.

The EP is drawn to a close with Body Clock which breezes in with more heavy synths and electronic elements. It’s a downtempo offering characterised by slow, droning guitar strums imitating the drowsy and mysterious world we drift off to in sleep. I can’t help noticing a similarity to Kevin Parker’s vocal in places where the notes soar. The undulating nature of the synths and guitars mirror sleep patterns, adding an extra dimension to the unique track.

When speaking of Everything To A Point As We Leave said “Musically, the ‘less is more’ approach is a usual theme but that isn’t a constraint or a rule, just a natural, guiding principle. Naturally we want people to like it. Maybe even relate to it, but ultimately what people take from it is their choice… it’s our job to keep making it and hope it strikes a chord.”

Caine, Kyle, Tom and Kit are all lifelong friends from Sanddown on the Isle of Wight and formed As We Leave five years ago. The bands experiences of island life and English summers have influenced their music and they draw on themes of travelling and Americana to create a sound that is homely but simultaneously escapist. Although the band members have all gigged and played festivals as a part of other bands, As We Leave are yet to perform to a crowd since Covid-19 scuppered their summer touring plans. But they’re hoping 2021 will be the year they can spread their blend of psych-pop far and wide and  if Everything To A Point is anything to go by I hope it will be.

Everything To A Point is available to stream now. Find out more about As We Leave here and have a listen to the dreamy Stories We Tell below.