EP Review: Jet Pack – And You’ve Had Your Six 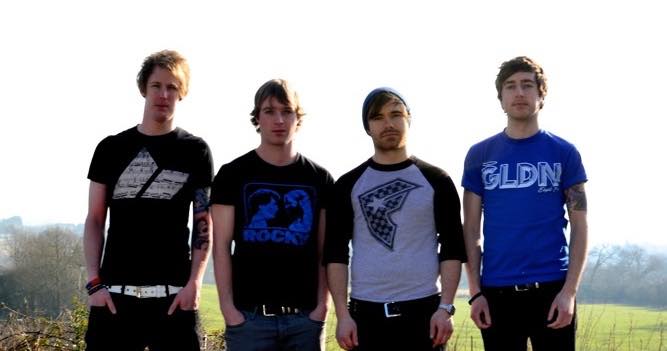 Jet Pack - And You've Had Your Six

Undeniable passion and energy, but there's no signature sound heard here to set Jet Pack apart from other groups of the Pop-Punk pack.

After spending the last few months touring with a number of high-profile pop-punk bands, including Paramore, You Me At Six and Blink 182, Jet Pack have released their latest studio effort – ‘…and You’ve Had Your Six’.

Jet Pack have been around for over half a decade, yet have managed to slip under the radar. Despite this, they’ve spent a lot of time sharing the stage with huge bands that share similar genres. Playing in front of thousands of new ears each night of these tours should surely give any band invaluable music experience. We took a look at their new EP, ‘…and You’ve Had Your Six’, to see if this experience is reflected in their studio recordings.

Opening the EP is title track ‘…and You’ve Had Your Six’. The intro is short, loud and in-your-face, providing the backdrop to the great energy that the band undoubtedly has and utilizes. Front man Dennis Cook shows off his vocals soon after, which gives us an introduction to how well he can handle the mellower parts of these songs. Unfortunately, once the chorus hits – his vocals are a bit weaker than they were during the verse. He’s definitely better suited to a mellower vocal style, but that isn’t to say it doesn’t work with the music. He certainly gives an energetic performance that compliments the other musicians – especially Sam Haskins on drums, who will likely impress you no matter what your preferred genre of music is.

The second song, ‘Come To Your Senses’, is a fairly generic pop-punk tune that drags down the momentum the first track gave the EP. While you can’t deny there’s some well-written music here, there’s nothing within the song that sets the band apart from pop-punk bands from 10 or 15 years ago – it sounds all too similar to the legendary Jimmy Eat World or even New Found Glory.

‘First Steps’ closes the EP, and carries a much better sound than it’s predecessor. Each of the band members superbly compliment each other, allowing Cook’s vocals to truly shine. The entire song is a lot mellower than the previous tracks, which might alienate die-hard fans of the pop-punk style, but definitely showcases Jet Pack’s musical prowess. I would happily recommend this song to anybody reading, and would love to hear more of this style from the band.

‘…and You’ve Had Your Six’ is a nice and short EP which serves as a decent introduction to those who have yet to hear of JetPack. The band has seemingly yet to find something that makes them unique when compared to almost any band under the pop-punk umbrella, but energy and passion is present in all three tracks. Hopefully, when a full-length album is in the works, they will have matured both musically and lyrically to present the world with a brilliant record. The talent is there, and we can’t wait to hear it in all its glory.