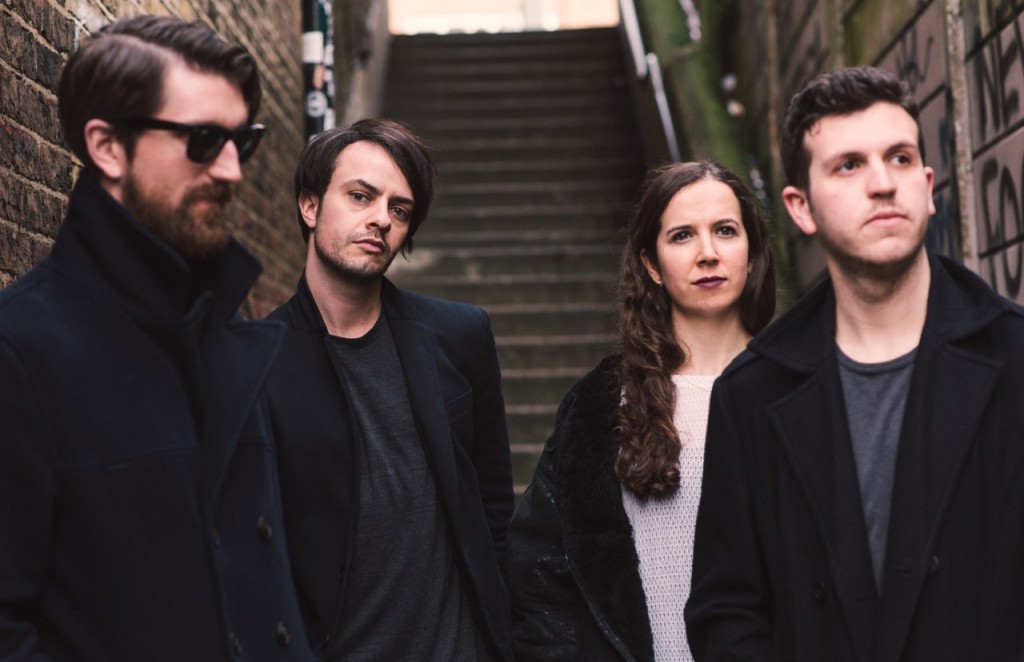 The EP opens with the title track Reset, a punchy, guitar-led offering which throws the listener straight in at the deep end. The rawness of the guitars battle against the pounding drum beats until Oliver Hooper’s vocals slice them down the middle as he sings “Take a look outside and see the worlds on fire now. Take a look and you’ll find we’re all just guns for hire now.” Hooper possesses a gruff, gravelly vocal that compliments the unpolished feel of the track. The off-kilter hooks and brass-laden drum beats throw a wall of sound at the listener and the reverberating guitar solo is a high point of the track.

Concrete Skies has a gentler opening with Hooper’s hushed vocals taking centre stage over the pared-back strings as he sings of fake news and the lies we’re sold by the media. He speaks for the masses in lines such as “Did they think all these lies would take away our concrete skies?” The guitars kick in with a vengeance and harmonise with the backing vocals as the track gains pace. Soaring electric guitars are coupled with gentler acoustic strums and a more controlled beat than Reset. I like how the track becomes anthemic as it progresses with the passion in the backing vocals becoming palpable and mantras such as “See the light, follow love.”

A brooding guitar solo greets us on opening in Sirens before the beat kicks in, accompanied by a sprinkling of keys which lift the overall mood of the track. The chiming keys contrast brilliantly with the heavy guitar riffs and Hooper’s no-nonsense vocal. Sirens has a storyline behind it which was inspired by a tragic incident the band witnessed on the London Underground. The track plays like a recounting of an unpleasant memory by two passers-by, a memory which they carry the burden of alone. The opening is strong as Hooper sings “Michael takes the tube and he goes nowhere near the blue line. He saw something dark that’ll never leave his tiny mind.” The tone of the track alters as it builds up suspense for the next twist in the story with the guitars mimicking the sound of spiralling down a hole, the feeling of helplessness the witnesses had when confronted by the unpleasant turn of events.

The EP comes to a close with final track Wrong where the off-kilter riffs and unpolished guitars return. The lyrics in the bridge and chorus are heavy and sound like Hooper’s carrying quite a weight on his shoulders when he sings “I quit trying to live my whole life like it’s some kind of fable. Because it’s wrong, wrong, wrong, wrong, and I know I shouldn’t feel it cos it’s wrong.” Amy Chapman’s harmonies on the chorus soften the blow of the meaning behind the lyrics which follow a regimented and resounding drum beat. The guitar-laden breakdown where Hooper’s vocal becomes manipulated adds a cool, rocky edge to the track and we’re played out by an anthemic, soaring electric guitar solo.

When speaking of the new EP Oliver Hooper said: “Written in a time of great political and social unrest, people continue to celebrate and prioritise capital gain and empty technological breakthroughs (colonizing Mars, etc) at the expense of humanity and our ‘own’ planet earth. The song is a call to arms for change before it’s too late.” Reset is a larger-than-life EP which aims to bring attention to those larger-than-life issues and a plea to us as the citizens of earth to make a change before the clock reaches zero.

Hymns consist of Oliver Hooper (lead vocals and guitar), Giorgio Compagnone (bass guitar and keys), Amy Chapman (drums and backing vocals) and Filippo Ferazzoli (guitar) and released their debut EP London in 2016. Ever since, Hymns’ fan base has been growing and the band have performed at Camden Rocks and Oxjam Crystal Palace.

Reset is available to stream now. Find out more about Hymns here and have a listen to Reset below.