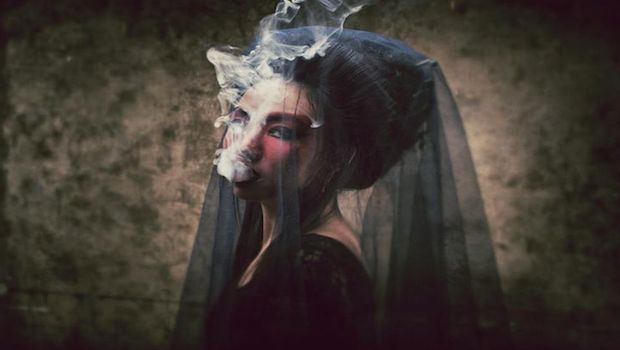 We at Fortitude would like you all to meet someone very special to us; FiFi Rong, the music industry’s newest and potentially most bewitching Trip Hop songstress.

My first encounter with the work of the Beijing-born chanteuse that is FiFi Rong, was almost a year ago in May 2013, when she had earned herself a guest role on Tricky, the God of Trip Hop’s newest release; the immaculate ‘False Idols‘.

Trip Hop has been a very quiet genre in recent years, with very few taking on it’s various forms; Goldfrapp would take on it’s more organic, folk-infused roots. Dido served as the purveyor of Trip Hop balladry. And more recently, London Grammar emerged to introduce the Indie scene to the genre through infectious melody and carefree cool.
Now it’s FiFi’s time to revive the genre. What set’s her apart from her Trip Hop contemporaries is that her music recalls the trippy holy trinity; Portishead, Massive Attack and former collaborator; Tricky.

It’s been little over half a year since FiFi released her sublime debut album ‘Wrong’, but she hasn’t stopped working as she has just unleashed her newest EP ‘Next Pursuit’ to a rapidly rising fanbase.

Unlike the calm and collected nature of the album, first track ‘Next Pursuit‘ plays like a viper going for the neck as FiFi’s enchanting vocals slither playfully through guest producer SadSic’s savage beats and snarling basslines.

Second track, titled ‘Intimacy‘, stays true to its name and brings back the chill and subdued vibe of ‘Wrong’ with a delicate piano. There is however, a sinister Hip Hop-inspired beat that keeps the track far from boring.

‘Breathless‘ features Down-Tempo production from Parisian knob-twiddler OP9 whose graphic phantom-Dub textures and swells gel immaculately with FiFi, as she sings her mother-tongue lyrics through spectral-whispers.
‘Wishes’ Fault‘ is another example of FiFi wearing her cultural heritage on her sleeve, but this time in a more subtle fashion. The electronic rhythms are what listeners will be drawn to mostly, but the Chinese-inspired melodies are there and manage to crawl there way into your brain.

‘Cold In You’ is probably the most stripped-back you can currently hear from a FiFi Rong record. Making use of a simpler skeleton than that of her mesmeric Trip Hop, ‘Cold In You’ forswears the electronics and demonstrates to us how naturally beguiling her voice is.

‘Equality‘ is probably the most unsettling track of the project. Framed with a dense vibe that can only be described as Industrial Hip Hop, FiFi shows off her dark side with a spoken word performance that shows she is force to be reckoned with when she bares her teeth as well as when she is putting a spell on our eardrums with her exquisite vocals.

Dynamic & instinctual, ‘Next Pursuit’ manages to showcase more of FiFi’s versatility and creativity than most artists can do by the time they’ve released their first compilation album.