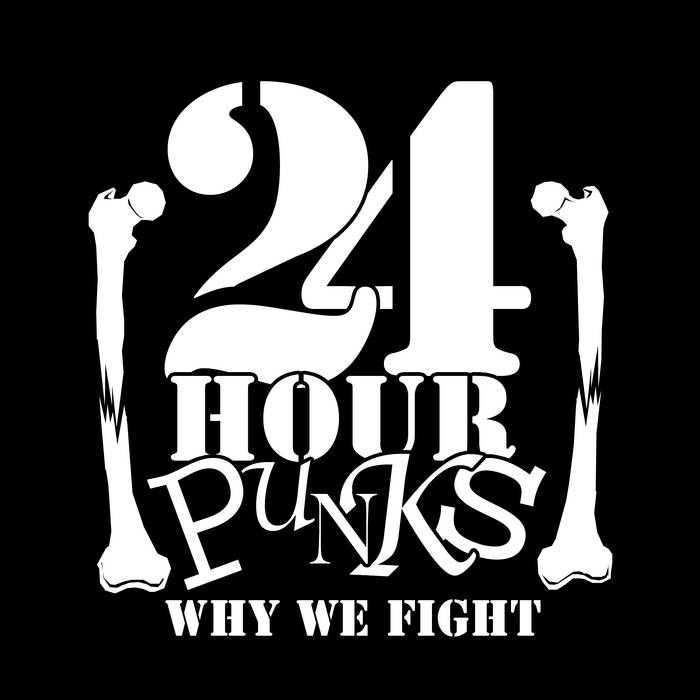 Six punks give themselves the challenge of recording a three song EP in 24 hours for an amazing cause, and the results do not disappoint.

From worldwide benefit concerts to all star singles, musicians have plied their craft to charitable causes for decades. However, there are times where a truly unique project born from such an endeavour stands alone from its commendable origins and deserves praise on its own merits. One such example is the recent release from the aptly-named 24 Hour Punks: ‘Why We Fight’.

So here’s the brief: get six people from various big names on the ska punk scene and get them to write, rehearse, record and mix an EP in 24 hours. A daunting task, but one this group has taken in their stride. The project is in aid of AMMF, the UK’s only charity dedicated to cholangiocarcinoma, a rare but devastating form of liver cancer. The line up is one that, in gig form, would bring a tear to the eye of just about every UK ska and punk fan: Millie of Millie Manders & The Shut Up and TJ of Bar Stool Preachers on vocals, guitars from Call Me Malcolm‘s Lucias and Skaciety‘s Aiden, Popes Of Chillitown bassist Arvin and Battleska Galactica sticksman Pierre. And if the task weren’t demanding enough, the band actually shifted from their rehearsal space at Ascape Studios in Bromley to Oz’s Hidden Track Studios in Folkestone, Kent midway through the process to record, an hour away! So, having set themselves this mammoth challenge, what of the music itself?

Well, as it turns out, punk lends itself perfectly to being written at speed, doing away with all unnecessary window-dressing in the process. Not that this is any way takes from the musical talent and writing skills of those present, and each of this trio of songs is solid, tight and intense throughout. It really feels that to complete their project on time, they had to get down to the bare bones of punk, and ‘Why We Fight’ is all the better for it. The first thing that hits the listener is, despite the rapid incubation of the songs, how much emotion and passion is packed into each moment, and with good reason; there is a deep, personal connection between the group and cause. As the EP continues, its nature becomes clear: this is three blistering, surprisingly varied songs that never let up for a second. From the flurried, almost Motörhead-esque intro of rallying cry ‘Why We Fight’, the downtrodden pop punk anthem ‘Stand’, to the furious and filthy protest track ‘Riot’, this is an expertly crafted and surprisingly complex effort. Each number is a perfectly constructed, three minute punk song that never dwells on a basic idea for too long. An amazing amount of work has gone into the interplay between the musicians, as well as the call-and-response structure between the two vocalists. Given the musical brains at their disposal, it would have been interesting to hear some of that ska influence come through a bit more, but obviously the addition of a horn section would have been nothing short of a logistics nightmare given the circumstances.

In completion, ‘Why We Fight’ is a monumental achievement. Everyone involved has put so much into this project, and the result is indistinguishable from something they could have been working on for months. The band should be eternally proud of what they have achieved, particularly for such a great cause, and we can only hope that 24 Hour Punks bear more fruit in future.

‘Why We Fight’ is available to buy here, with all proceeds going to help AMMF. You even get to name your price.

The group will also be holding a special event at the New Cross Inn on Saturday 9th September, featuring 24 Hour Punks alongside Popes Of Chillitown, Lead Shot Hazard, Triple Sundae and The Half Strikes.