2006 saw the birth of Japanese electro-metalcore pounders Crossfaith. Since their inception they’ve developed a sound previously under-used in their native land, bringing their bleeping malice to the world at large. The charmingly pigeon grammar on their Facebook states that they ‘played in front of almost 10000 audience’, which is, indeed, many audience.

Leafing through the record, and indeed the band’s back catalogue, Apocalypse is a consolidation of their work to date. Where previous record The Dream, The Space was very much a guitar-centric metalcore record with some keys slapped on it, Apocalypse has been purpose-built in a more technological framework. On first impressions, what the band have gained in songwriting cohesion they have lost in sound. Everything is more balanced, but a good deal of thickness has been removed as a result. Luckily, a new EP (Zion) has come out since then, which addresses the balance, putting the meat back in, so this appears to have been a bedding-in period.

Crossfaith’s main USP is the extreme blending of many, many genres from the last few years. Apocalypse does contain its fair share of Dubstep, with Terufumi Tamano’s electronics squelching away nicely. Stack this against the modern metalcore, upscale techno and hardcore influences worn so clearly on their skin, and you have the recipe for an unequivocally modern band.

Tracks like Eclipse and We Are The Future are floor-opening rompers, and the boys are all giving it the beans. Though the opening of Gala Hala(Burn Down The Floor) goes a bit nu metal, and (otherwise) standout Counting Stars contains those awful yelped clean vocals so beloved of the metalcore scene, the band believe every second – Ken and Co. charge at each track like madmen. 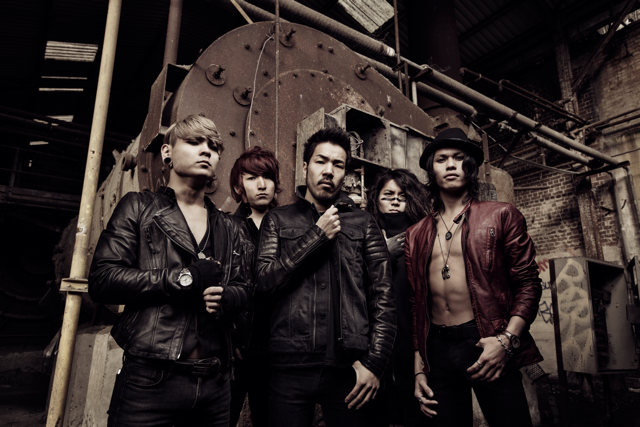 However, that lack of density in production really starts to show the more you press on, and the dynamics really suffer for it. Countdown To Hell should have been crushing, its opening riff extending a Japanese finger to the Swedish masters, but it just hasn’t got the legs. Ken’s vocals start to grate a little towards the end, until the jaunty bounce of Outbreak provokes him into dialling it back a bit. A serious screamer with plenty of power, his true strength is watered down by a lack of dynamics.

Crossfaith are a likeable, committed, driven and talented band with a lot to offer, but this record offers only partial glimpses as to their potential majesty. The tracks that are good are properly good, but hamstrung by the band’s limitless insistence to change direction as much as possible. I can’t help but feel that a little time spent honing their identity would be hugely beneficial, as there’s nothing here to surpass the precedents set by the seemingly infinite number of bands existing in this style.

Proper band, not living up to their potential. Come on guys!

Watch the video for Hounds of Apocalypse: