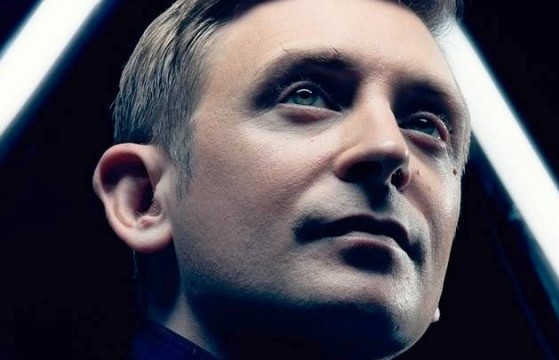 DJ Fresh is an English drum & bass and dubstep DJ, whom has captivated the UK music industry for over 15 years. Once a founding member of Bad Company, the producer has gone on recently to capture the hearts of many with his exceptional record, ‘Nextlevelism’.

However, it isn’t just all parties and performing for DJ Fresh, who is a notable founder of the independent drum ‘n’ bass label, Breakbeat Kaos. He’s out on the road, currently, showcasing his anthems on a nationwide basis and spent the pleasure of giving Fortitude Magazine a large proportion of his time talking about what it’s like being DJ Fresh. This is what he had to say:

Hello DJ Fresh, how are you feeling today?

I’m really good.  We’ve been really working on the set; adding and removing new tracks, new mixes of other people’s songs and some new lighting rigs. I’m really excited to be taking it on the road.

Do you mind explaining, what encouraged you to become a DJ?

I never really wanted to be a DJ. I fell in love with hardcore and drum ’n’ bass at 13. I used to sneak out to parties. But, I just always loved making music.

At school, I used to always go to the music room and play on the piano. I wanted to just make music and DnB is just the creative aspect of DJ-ing. It’s not just simply cutting; you have to layer things, improve on things and make it your own.

Then, I went to university and my friend was an MC. We went to the set, so he could do a show and they didn’t have one of the mixers; so I offered mine. After that, they offered me a radio show and it sort of spiralled on from there really.

Drum ‘n’ bass and dubstep have increased massively over the last few years, with yourself being at the forefront for a good proportion, are you surprised with how well commercially received it has become?

Honestly, I never really believed it would do. I always felt that it was the underdog of the industry, as it became like an unmentionable music genre. Back in the day, DnB was associated so much with drugs, warehouse raves and stuff like that. However, it all changed. But, it was a massive mountain to climb.

You spearheaded your way commercially with ‘Gold Dust’, what do you feel it was about that track that made it so receptive?

It’s a fun track. It’s light hearted and doesn’t take it seriously. The instrumental was not a huge track, but it was still a pretty big within the underground club scene. So once the song was written over it, it was sort of routed there and it managed to offer something that would appeal to everyone.

I’m not the first to have done this, Nero or Pendulum’s ‘Slam’ are perfect examples. We’re musicians that are sticking to our roots.

‘Louder’ gave you the acclaim of being the first ever dubstep artist to achieve a UK #1. Has this acclaim now opened you up for more criticism than praises or do you feel it just goes hand in hand?

Dubstep has never been accepted until now, even my parents know about it. That’s not just because I’m a producer. It has gone mainstream and it’s not hard to hear parts of it in other tracks or even on shows like the X Factor. It was struggling for so long, so people are very protective about it and ensuring it doesn’t slip into the wrong hands.

The criticism may be expected, but it’s not being taking out of anyone’s hand. The people who were there from the start have evolved with it and got bigger because of the genre’s growth.

However, you continued your run of #1’s with Drum ‘n’ Bass anthem, Hot Right Now featuring Rita Ora. But, how did that collaboration come about?

I was working with some guys called The Invisible Men, who are an outfit that just started writing together. They saw me as someone that understands and routed within music.

It was an interesting relationship, as we continued to understand and explore more and more areas within dubstep and drum ‘n’ bass production.

They were working with Rita and I just couldn’t find a singer for the track. I got like 4/5 singers to try it, but it just didn’t work out. But, they shown me Rita on Youtube and she seemed perfect. She was just about to get big, hot and amazingly talented. She was perfect.

Talking about collaborations, ‘Nextlevelism’ features a variety of artists; how did that impact the recording processes for you? As many were either working on their own material or touring …

It definitely is hard, as you don’t get much time. They are busy. Everyone has their own plans that they had to sort it around. The people I worked with were all interested in becoming a part of this kind of music revolution that we were trying to create. That made it less complicated.

People like The Fray, for instance, just leant me their ear and they were really receptive to what we wanted to do and how we wanted the track to go. I couldn’t be more grateful.

The album was released via Ministry of Sound (MOS), what encouraged this decision than publishing it on your own label (Breakbeat Kaos)?

MOS signed ‘Gold Dust’, which we had already released. They were really interested and encouraged me to do that. They ended up hooking me up with Ms. Dynamite too, who features on the final edition, and they were just really supportive in what I wanted to do.

We’ve had a lot success off Breakbeat Kaos, so it was weird to be sitting back and watching others take control of what I done and being told how they wanted me for shoots and videos, etc., rather than me directing myself. I couldn’t appreciate their help more though.

With dates at Warehouse Project, Skegness Big Reunion and BBC Radio 1 Xtra, are there any particular dates that you’re looking forward too?

I’m just excited for the whole thing! I love touring. It’s 14 of us crammed on a bus and with people that are interested in what we want to do and looking at ways to continuously improve.

Alan King is an amazing lighting technician; I have chats with him loads about what we can do in terms of new lights, new equipment, etc., and then he’ll leave and I’ll end up speaking to our sound technician about new ideas, new sound systems and everything else.

It’s just amazing feeling to create an impressive show and watching things continuously improving with fans at each place loving it more and more. Touring is what I was born to do.

Our final question; other than yourself, who would you advise Fortitude Magazine readers check out?

Luminox is a big producer, back in the days I’d have tried to have signed him, but I’m busy with my own stuff at the moment; so haven’t got time. Brookes Brothers’ ‘Love Lines’ have come out now too and I’m really enjoying that; it is edgy stuff man.

Check out DJ Fresh ft. RaVaughn for ‘The Feeling’, below: