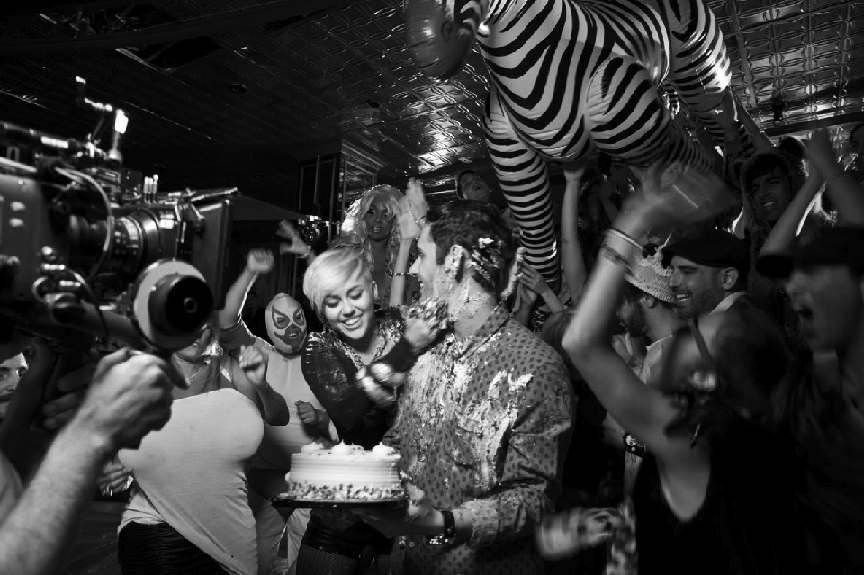 International superstar Miley Cyrus has been trying her utmost, over the recent years, to show that her childhood image is no more and that she has developed past being just that Disney star, which was the key to her fame.

Whether that be with her appearance within Two & A Half Men, her lead role in LOL or her decision to shave a large proportion of her hair off, it’s clear that Miley has tried to escape that past identity. So how else can you prove to the world that you’re not just an innocent Disney star? By teaming up with one of the most notorious dubstep producers on the planet, Borgore.

Borgore is known for his explicit lyrics, hard-hitting beats and the ability to sustain himself as one of your guiltiest pleasures in your record collection. Plus, all that aside, he has one of the best reputations on Twitter for getting his followers to send a continuous amount of “semi-naked” photos because, you guessed it, “Bitches Love Cake”.

So, what happens if you combine the two?

The answer is simple. You get a lot female companionship, street dancing and too much cake that’s thrown into an instant club anthem.

Check out ‘Decisions’ below: