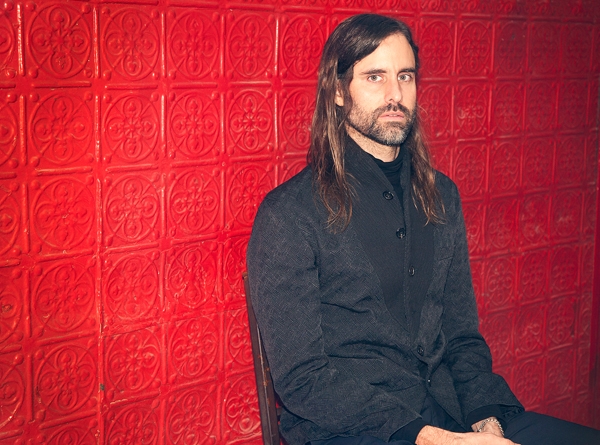 Andrew Wyatt, better known to most as the front man of indie pop band Miike Snow, has announced his first solo project, ‘Descender’, due for release on Downtown Records on April 15.

‘Descender’ is a 32 minute meditation into the darker side of Andrew Wyatt not seen on his latest endeavours with Miike Snow. The introspection weaves amazingly intricate soundscapes and is explored with the use of Prague’s 75-piece Philharmonic Orchestra, conducted by Adam Klemens. The album also includes cameos from Anthony Rossomando of The Libertines, Brad Traux formely of Interpol and John Herndon of Tortoise. The marrying of these elements spawned a huddled romanticism which permeates the record’s sweeping string arrangements with Wyatt’s vulnerable and haunting vocals.

The creation of this album was more elaborate than anything Andrew has attempted before marking the first time he wrote, orchestrated and produced an entire album solely on his own. You will be able to see a more in depth look into the making of ‘Descender’ captured in a documentary directed by Sebastian Mlynarksi that will premier on Creators Project this March.